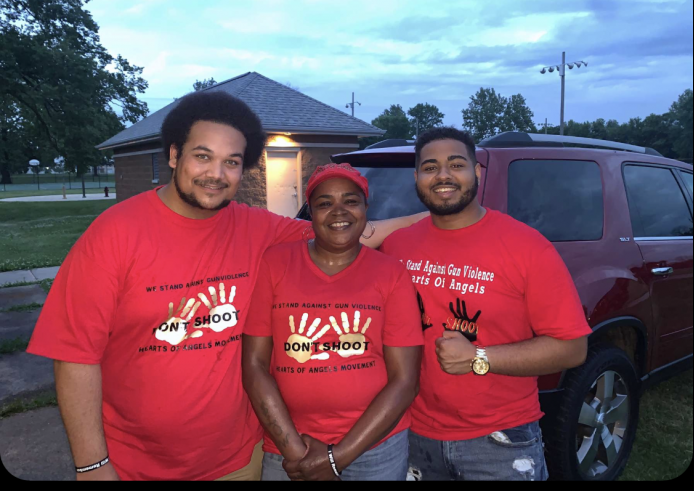 Elijah England, founder of community organization Pain 2 Peace, is working to make Decatur a better place to live, paving the way for young activists in the process.

Decatur, Illinois, was not removed from the conversation as Black Lives Matter protests filled the streets of countless cities in June, July, and August. Citizens of Decatur heard George Floyd’s cries loud and clear, and mobilized in one of the largest protests on record for the city on July 1. 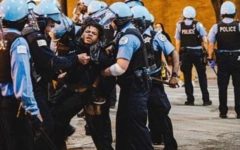 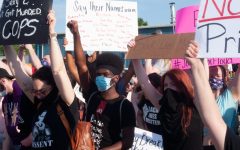 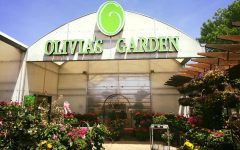 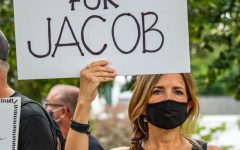 A Recap on Kenosha

One of those protesters was senior political science major Elijah England.

England, who hopes to be a defense attorney, is becoming a name-to-know in the Decatur community for the Black Lives Matter movement.

“For somebody who is maybe not that well-known – at least wasn’t before some of these things happened – I think he’s becoming well-known and becoming somebody to really look up to in the community and as a teacher,” Dominique Smith, one of England’s friends and colleagues, said. “We talk about someone bettering the community and especially Decatur and I think Elijah is definitely going to be that kind of person.”

The national events of this past summer pulled him from the sidelines of the conversation and into the forefront.

“I hadn’t really been involved in anything before, and I think [the protest] was kind of my stepping-stone. Just getting out there to go to the events and meet people. But the first one was really just me just trying to feel, see what people are thinking and how we were going to fix things. So, once I went to the first one, it kind of blew up from there, thinking ‘I can do this, it’s not that bad.’”

Even though the national events pushed him to engage in activism, the reality of racism has always weighed heavily on his heart–especially as a citizen of Decatur, Illinois.

“It’s almost like a tale of two cities because, black people in this town – they on average earn between $24-27,000 a year compared to the average $50,000 that white people make. We’re really trying to raise awareness of the issues in Decatur and also to blend that gap.”

Decatur is important to Elijah. He grew up here until the time he was 12, when he moved to Oklahoma with his father.

He came back to reunite with family and to go to Millikin last year, but noticed that the town had taken a turn for the worse.

“When I was really, really young, it was bad, but it wasn’t as bad as this, with the shootings,” England said. “[Decatur] is my hometown. It’s where I grew up. I’ve watched the community crumble from the inside out and so I think it’s important to me. I recognize if we don’t keep the core of Decatur strong, then the walls are going to cave in.”

This last week, gun violence came to a head as the Decatur Police Department reported nearly half a dozen shootings in the span of 48 hours, prompting England to make an appearance on WAND TV, a local Decatur News Network, to speak out against the violence on behalf of Pain 2 Peace.

The organization has faced several obstacles, the most formidable one being COVID-19.

The organization was planning a peaceful gathering on August 8, but cancelled in the face of escalating COVID-19 cases.

This has pushed England to take another approach: policy.

He is currently working with Dr. David Horn, a Millikin Biology professor and member of the Decatur City Council, to figure out new ways to align the budget to benefit the lower-income and minority population of Decatur.

Horn’s most direct mission is to move forward with the demolition of the many condemned houses and buildings in Decatur.

The reason why tearing down the abandoned-and-unlivable houses in Decatur’s core neighborhoods is because these houses invite trouble. Clearing those lots also opens more usable space, which could improve community economies and well-being.

And he thinks that action is required in Decatur now more than ever since we are in a make-or-break economy.

“I think that kind of links back to Millikin and what I hope to get out of Millikin,” England said. “The community also represents what Millikin is because Millikin is a big part of our community. It’s a big school and it’s been here forever. So, I think, if the community looks bad, that indirectly—in turn—makes Millikin look bad. They could potentially lose students if we continue to crumble away.”

England suggests that more people join him in working with city councils, county boards, district attorneys, and other local politicians to solve problems.

“People say all the time, they post ‘Arrest the police who did this.’ That doesn’t do anything,” England said. “It’s really action that matters.”

Elijah’s heroes include the people who took action before him, especially Malcolm X, whose famous quote, “That’s not a chip on my shoulder, that’s your foot on my neck,” holds deep meaning to him.

“Malcolm X wasn’t really talked about,” England said. “We kind of made him a criminal. That was how they viewed him at the school and that was how the school books knew about Malcolm X. But for me, he was just like everybody else. He had some serious trouble and he saw what was going on in the community and he saw the aggression and the segregation and he just…the separatism and pulling people into categories instead of blending them into one human race. I think that quote speaks volumes to me because, growing up in this country, as any color except white, it’s definitely something you experience.”

England has seen this division most clearly in Decatur.

England plans on being part of Pain 2 Peace for a while, possibly until after graduating from Millikin and until he goes on to get his law degree.

“This generation is going to change things and I think,” Smith said. “Especially in Decatur, Elijah is going to be the face of that change.”