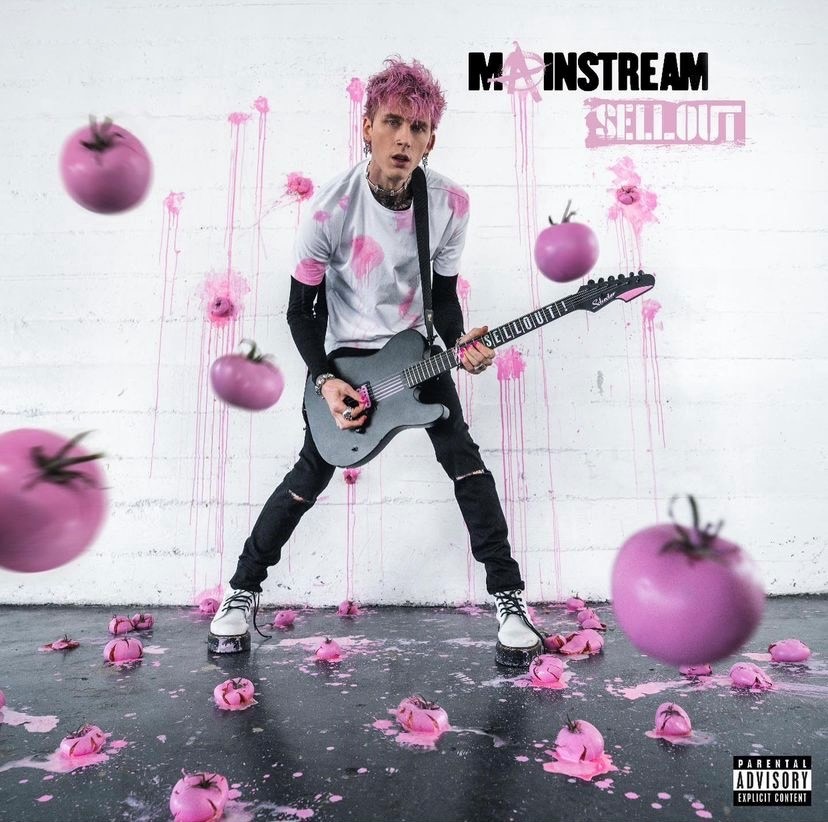 Machine Gun Kelly (MGK) uses his latest album to encapsulate the struggles he has faced transitioning from rap to the pop-punk genre along with a variety of songs that are clearly related to his current relationship with fiancé, Megan Fox.

Furthermore, as seen in previous albums and singles, the 16-track album features a diverse group of artist collaborations, such as Blackbear and Iann Dior, and the addition of new features including: Bring Me the Horizon, Lil Wayne, Willow Smith, Gunna, and Young Thug.

“Mainstream Sellout” starts the listeners’ journey with “Born with Horns.” This was previously the planned title for the album until MGK announced the change in late February, a month before the album’s release on Friday, March 25th.

“Born with Horns” goes along with the theme of his experience with the negative feedback he has received from being true to himself and venturing into the pop-punk genre with his album, Tickets to My Downfall, released September 25th, 2020.

MGK continues into his second track, “God Save Me,” expressing the pain he has been through in his own life including the passing of his father and his struggle with suicidal thoughts.

His third song is consistent with the overall pop-punk sound and is the strongest song of the album. “Maybe” featuring Bring Me the Horizon, is musically dynamic, creating a natural head-bob and, in my case, goosebumps.

The album takes a bit of a turn on the fourth track, “Drug Dealer” featuring Lil Wayne. Although the tone of the song is consistently pop-punk, Lil Wayne’s verse mixes in a bit of rap.

As has been the case in previous albums, MGK features his buddy and Saturday Night Live star, Pete Davidson, in an interlude track called “Wall of Fame.” The track is a lighthearted conversation between Davidson and MGK’s daughter, Casie, about MGK’s rise to success on the Wall of Fame.

Next, album title track, “Mainstream Sellout” speaks directly to the negative feedback MGK has received from the pop-punk scene based on his immediate rise to the top charts with his album Tickets to My Downfall.

Tracks seven and eight take a dive into his romantic relationship with Fox in “Make Up Sex” featuring Blackbear and “Emo Girl” featuring Willow Smith. Both songs are upbeat with an overall fun tone.

MGK’s feelings of being a “mainstream sellout” are intertwined throughout the album with occasional romantic songs. With that being said, the next two songs: “5150” and “Papercuts” continue with that theme. Followed then by “WW4,” a one-minute track that mimics the pattern of “WW3” on his previous album, that is best described as MGK ranting about the problems of society accompanied by a guitar-heavy tune. 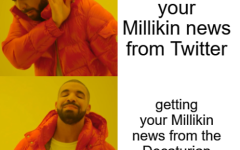 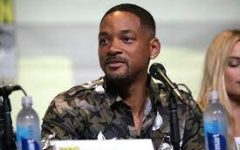 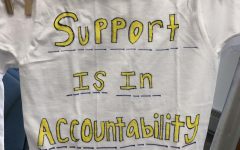 Track eleven is the second song featuring Lil Wayne called “Ay!” that strays away from the pop-punk sound and takes on a rap beat and flow. Out of all of the songs, “Ay!” has one of the catchiest beats that almost overshadows the serious topic of the relationship between musicians and drugs.

Nearing the end, “Fake Love Don’t Last” featuring Iann Dior is an upbeat breakup song that is an anthem for anyone dealing with a troublesome ex.

Track fourteen, “Die in California,” featuring Gunna and Young Thug is the second song that adopts a rap-like sound while still having consistent undertones of the overall pop-punk sound of the album. As the title would suggest, MGK looks at the ways fame and living in LA have negatively affected him.

The last two songs, “Sid & Nancy” and “Twin Flame,” are obvious dedications to fiancé, Fox. “Sid & Nancy” is an upbeat romantic story of the passion and love the couple has for each other ending with an appropriately themed twist at the end.

The last track, “Twin Flame,” is much slower and the most romantic ballad MGK has written thus far in his career. “Twin flame” is a term coined by Fox that she uses to describe her bond with MGK.

However, the song has a mysterious and cryptic element– a heartbeat. Listeners have speculated that the heartbeat might belong to a previous miscarriage or MGK’s father’s final heartbeats. Listen and interpret the powerful meaning for yourself.

Although many of the songs’ melodies sound slightly similar, which is a shortcoming when it comes to many artists, in my opinion, it is a positive factor of this particular album. Because of the slight similarities, the album flows smoothly from start to finish and should be listened to in order for the full effect.

I have fallen in love MGK’s latest release because it is a pure and honest look into the hardships and pain he has endured. Unlike many artists, he does not sing about trivial possessions or boasting about his fame and rise to the top of the Billboard Charts. In fact, the title “Mainstream Sellout” is a jab and joke at himself about the fame that he has gotten.

In addition to the great theme and message, there is not a single dud or filler song on the album. Each track has a catchy beat crafted by Travis Barker, friend to MGK and drummer for Blink 182, and well written melodies accompanied with great guitar riffs.

I suggest everyone give MGK a chance and check out “Mainstream Sellout.”