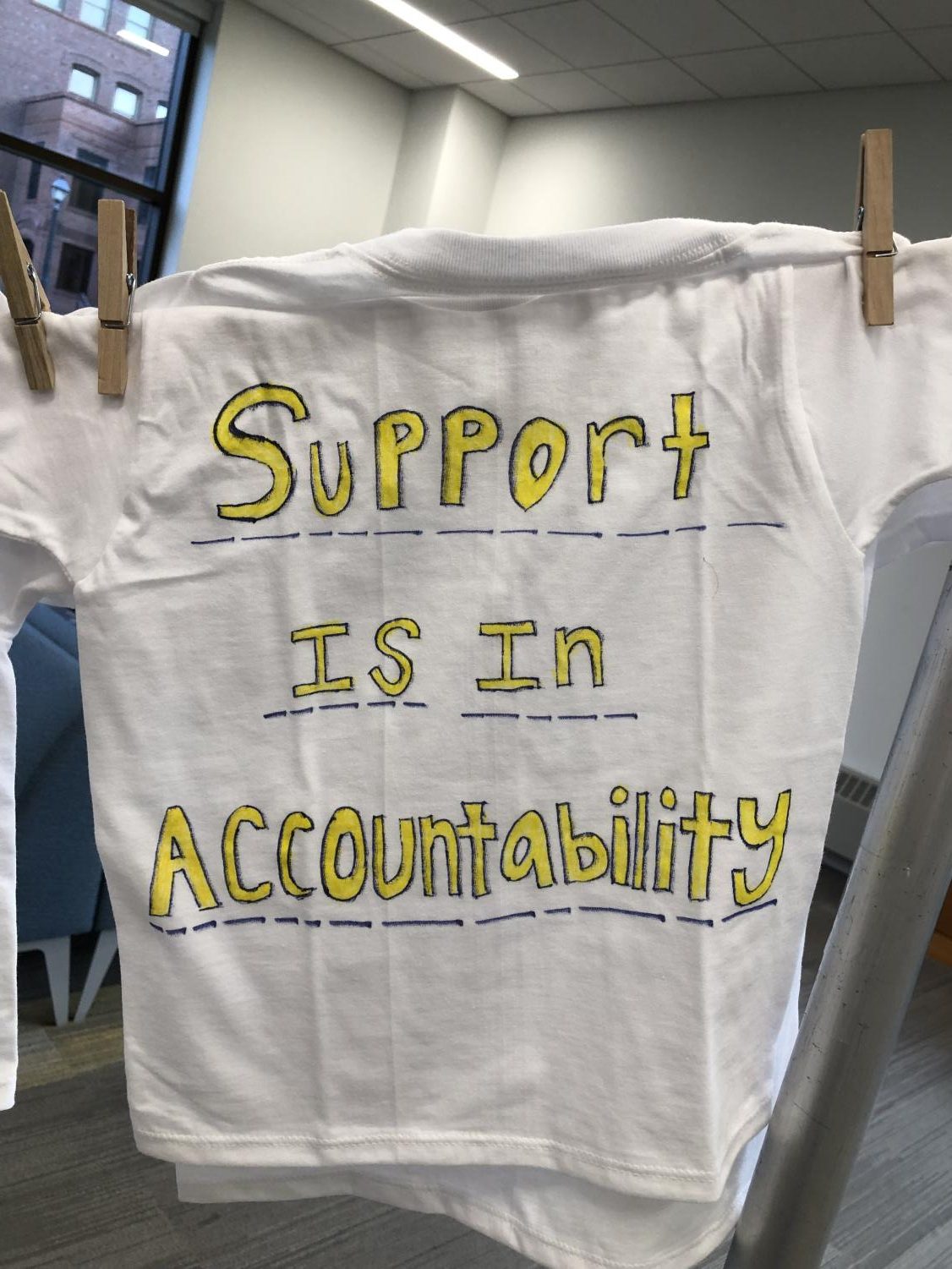 Warning: This article contains discussions of sexual assault that might be upsetting to some people.

That happens every now and then, in the grocery store or at the mall. A glimpse out of the corner of my eye, then whipping my head to check and realize, no, someone else. Not him.

When I spotted the Millikin student this morning, my breath hitched for just a second. I reminded myself that I’m two hours away from my hometown. He wouldn’t be here. I was walking with two of my closest friends, people I trust, in this new life I’ve built. It’s my life, an existence that usually feels comfortable and familiar to me.

But for just a second, I looked at my friends and didn’t see them, but the strangers they were a few years ago. For just a second, I was that 17-year-old girl in my hometown, my hackles up, my senses on, always aware of who might pop out.

I don’t know if this makes sense. It’s hard to explain. I’m always surprised when it happens, too, that little flare of fear. I should be over this by now. I thought I was over this.

The thing is, I’m extremely lucky. This boy never laid hands on me. He harassed me in other ways, he scared me a lot, I had to do a lot of research about orders of protection and restraining orders and filing police reports—but it never got physical. It’s screwed up that I still consider this lucky, but I really do.

A lot of people aren’t so lucky.

This year, Millikin’s Civic Discourse Week theme is “Voices and Advocacy: Supporting Survivors of Trauma.” Most the conversations this week are focused on sexual violence, a nod to April’s status as Sexual Assault Awareness Month.

At Millikin, these are not new conversations. We had a lot of discussions about sexual assault last semester—ways to prevent it, ways to address it when it happens, ways to untangle it from the campus culture that is the default at most colleges, including Millikin.

On Monday, an anthropologist and Columbia professor came to campus and talked about how we might be used to this culture, but we don’t have to accept it. Dr. Jennifer S. Hirsch has spent a lot of time doing research with college students to understand how we view sex and how this can lead to sexual assault. The audience hung on every word.

Hirsch isn’t a fan of the compliance mindset that so many colleges employ. Training sessions about consent, compiling resources for survivors, having a plan in place for adjudication—these are great things, but they have one fault: They let us accept that sexual assault is going to happen. We accept that it’s part of college life, we talk about a few things you can do to lower your risk, and everyone just hopes against hope that it doesn’t happen to them.

For Hirsch, that’s not enough. She’s more interested in how we can prevent it altogether, and that involves changing how we view college life as a whole.

Instead of forbidding parties in the dorms, therefore encouraging freshmen to leave RA-monitored halls and go off-campus to parties hosted by much older students with more sexual and drinking experience, how can we make it possible for freshmen to throw their own parties in a safe environment?

Instead of click-through training sessions about consent, why not take it a step further and provide the comprehensive sex ed. that so many students miss in high school, including roleplaying how to say no?

Throughout the night, Hirsch highlighted the ways that campus culture allows sexual assault to occur, and she pointed out tangible steps we could take to dismantle this culture. She recognized structural problems in certain university systems, problems I’ve always just accepted. She spoke about solutions that seem unheard of on most campuses, but they make so much sense.

Can I be candid with you? Over the past few months, I’ve done a lot of writing about sexual assault. Actually, I’ve done a lot of writing about it over the past four years while I’ve been at Millikin. It’s become my journalistic beat, in a way. And I’m honored that people tell me their stories. I’m honored that they trust me to hold that space for them and do something meaningful with their words. I am so thankful for that trust. It’s humbling.

And it’s also really hard. As a journalist, as a woman, as a human being, I’m tired of talking about sexual assault. It’s an exhausting conversation to keep having, especially when it seems like not much changes.

But when I was listening to Hirsch and watching how the audience of Millikin students and faculty responded, it started to feel more hopeful. Here was a room full of people who are interested in tangible solutions, who are just as tired as I am but using that exhaustion to fuel them into action, into persevering and fighting twice as hard.

At the end of the night, Millikin Vice President Raphaella Prange said that she was going to talk with Hirsch, students and faculty about how to implement some of the ideas that Hirsch presented. Prange joked that Millikin President Jim Reynolds looked uncertain about some of the solutions, including the idea of letting younger students throw parties. She asked him, “It’s a challenging conversation, right?”

But with action steps in the works, it feels a little easier.

But I’m proud of the people who are fighting to fix the campus culture at Millikin. I’m eager to see what actual steps our administrators will take. And I’m thankful to be a part of the conversation.

By continuing to protest, petition and educate, we push for actions that address these issues, the all-too common horrors that have been swept under the rug or shrugged off as simply a part of college for too long. We have to keep fighting so that we can save as many people from these experiences as we can. So we hold those who hurt others accountable, so they don’t do it again.

I think about the people who aren’t as lucky as me. The people at Millikin who feel their breath hitch when they see certain students walking toward them. The people who don’t have the luxury of reminding themselves that the person they don’t want to see is miles away, because the person who hurt them is still on this campus.

I think about who I’m fighting for—my friends, my family members, myself. Strangers whose faces I recognize. People who can’t find the words. Fellow students who are trying to get an education and enjoy college, all while dodging people on this campus and juggling the smear campaigns that so many perpetrators launch against them.