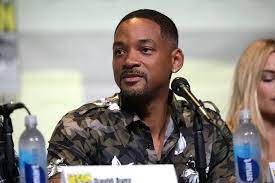 By now, I am assuming you know exactly what this article is about, but in case you don’t I am here to explain who said those words and why everyone can’t stop talking about it.

Last night was the annual Academy Awards, also called The Oscars, where awards are given in various categories regarding the film industry. Like most Hollywood award shows, this basically consists of celebrities hosting celebrities and giving awards to celebrities.

Having that many celebrities in one room has led to some interesting award show moments over the years, like the infamous celebrity selfie taken by Ellen DeGeneres at the 2014 Oscars or Ricky Gervais roasting Hollywood at the 2020 Golden Globes. However, I’m not sure anyone was prepared for the moment that occurred at last night’s Oscars.

“Will Smith just smacked the sh*t out of me,” said a stunned Chris Rock after, yes, having the sh*t smacked out of him by Will Smith.

So what caused this wild turn of events and a sentence we never thought we’d hear?

Chris Rock, actor and comedian who hosted the Oscars, like all good hosts, poked fun at celebrities in the room and Hollywood in general. While overall well-received, things turned when he decided to make a joke regarding Jada Pinkett Smith, an actress who also happens to be Will Smith’s wife.

If you’re like me and did not understand this joke at first, Rock is referring to the movie “G.I. Jane” (1997), where Demi Moore sported a buzz cut. Pinkett Smith has recently taken to social media and spoken about her struggles with alopecia, an autoimmune disorder that causes hair loss.

Despite laughing at first, Will Smith’s mood changed when he realized his wife did not find the joke as humorous as he, and the audience, did.

This promptly led to Smith marching right on stage and swiftly slapping Rock across the face. A slap that the Youtube channel Jomboy Media described as “a slap that he learned on a movie set somewhere” or “like ‘Karate Kid.’”

Although obviously stunned, Rock took the slap and said nothing other than, “Will Smith just smacked the sh*t out of me.” A quote that has been shared and joked about all over social media since the event last night.

Directly after this, it was not clear if the slap was real or a carefully planned bit between Rock and Smith. With some awkward laughter trickling through the audience, clearly the audience was not sure as well.

It was quickly obvious that this was not planned, as Smith began yelling at Rock once he returned to his seat.

“Leave my wife’s name out your f*cking mouth,” yelled Smith. To which Rock responded, “Wow dude…” while pointing out that it was a joke.

“I’m going to…Okay?” responded Rock, trying to move on from the moment, but not before calling it the “greatest night in the history of television.”

Greatest night on television? I’m not sure. Greatest night for toxic masculinity at its finest and an abundance of Twitter memes? Maybe.

There you have it. The story behind a now-iconic quote: “Will Smith just smacked the sh*t out of me.” A fun reminder that celebrities too don’t know when to shut up and also have anger issues. A moment we will probably be talking about for the next 50 years.

The Dec wants to hear from you. Was Smith justified and Rock’s joke entirely tone-deaf, or did Smith overreact and Rock handled it like a champ? Let us know your thoughts in the comments!