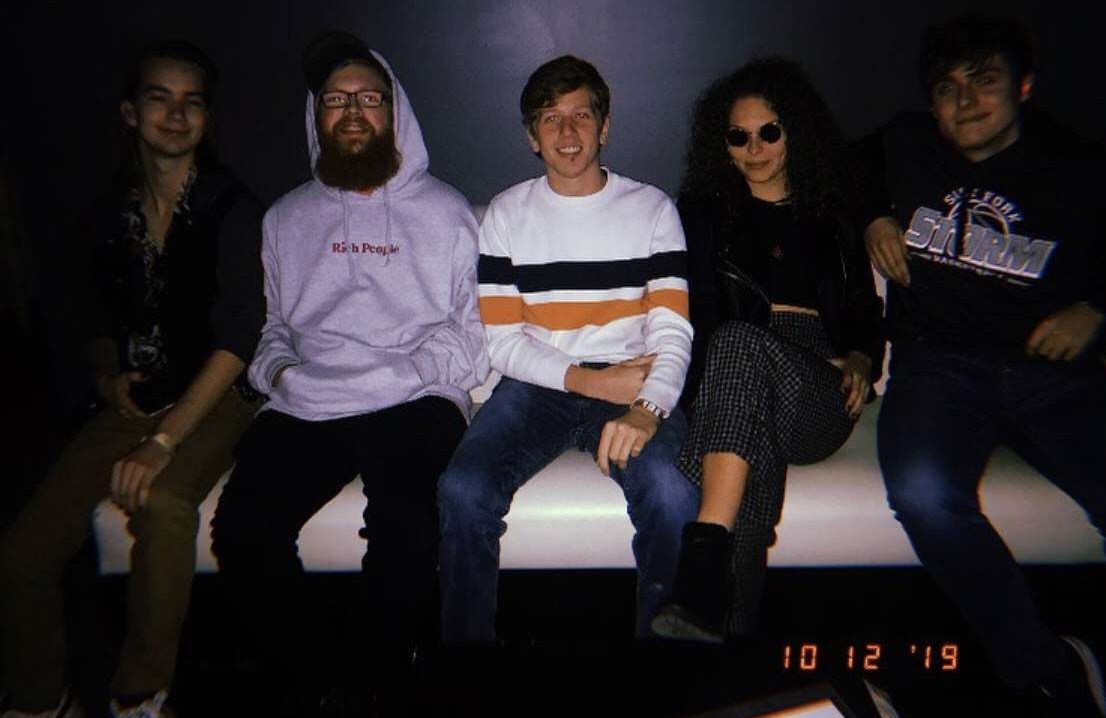 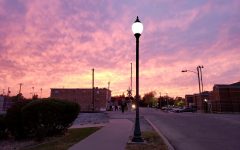 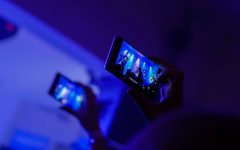 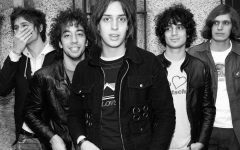 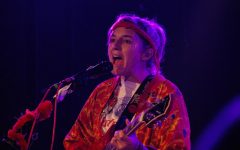 The absence of students may be the hardest struggle for Millikin as we go through this crisis but passion and desire for performance learning still thrive in its students.

The Millikin-born psychedelic, the alternative-rock band The Hangovers released their debut EP, Planet Hangover for the world–especially Millikin students–to hear.

With a Janis Joplin-esque vibe, lead vocalist Mollie Krueger, a junior at Millikin, tears the speakers into a kaleidoscopic sound. Krueger’s subtle yet lowlife timbre reaches a point of classic rock certainty.

“Kayak,” the first track on the quintet’s new record captures Krueger’s rock-ified soul vocals with the backing of Josh Eggers and Zach Dable on the guitars.

The group’s influences range anywhere from Led Zeppelin to any classic hair bands of the 80s to today’s alternative bands, but Krueger describes in-detail her constant inspiration from Pink Floyd.

“[Their] songs take you on a journey,” Krueger said.

“Ultimate Road Trip” generates this journey of psychedelia and the potential for an experience of full-on pleasure and exotics. The tune’s screaming mini guitar solo creates this out-of-world feeling among the common rock progression.

When it comes to The Hangovers, their sound is classic rock-esque but laced with bits of alternative rock. However, the group will disagree with that statement.

They know what they sound like, but they also love their ability to be spontaneous and to touch all genres in one tune. They don’t identify as any genre.

The Hangovers are simply themselves.

Millikin’s own futuristic rock group of School of Music students tries to create this image of their listeners taking a journey from within their music.

The otherworldly “Trance” glimmers with non-western musical traditions and establishes a simplistic yet moving groove. Krueger hauntingly exclaims “The crystal ball tells me things/That you don’t understand” in the midst of this electrifying sitar-sounding solo.

With the pandemic of COVID-19 in full form, the band found their EP’s debut release to be transitioned into an online-only format. The group began their efforts to gain attraction and allow listeners to know their EP is the perfect solution for the quarantine.

Bassist Sammy Darty blasted social media with “listen to this” posts and even created quarantine playlists with The Hangovers’ music to help celebrate and spread the word.

Though the world is in trying times and the looming stay-at-home order has no foreseeable end, The Hangovers are facing the virus head-on and trying to figure out their next steps. Giveaways of merchandise, CDs, and more could be a possibility and a download code with the opportunity to pay any amount and that money goes straight to COVID relief seems like a helping-hand option that the band may just take. The possibility of a live-stream concert is even in the works as the group tackles the struggles of the coronavirus.

With the cancellation of their summer tour and their plans being undermined by external challenges, the band is open for new opportunities and just trying to adjust to the dilemma as best as they can.

“Gotta do what you gotta do.””

Tracks such as “Constellation” offers a beautiful, glowing opening into the follow-up tune “Planet.” Krueger’s vocals shine in the wake of howling “…better to be free…” while the band casually grooves in this introspective, out-of-this-world song.

The pandemic has disrupted The Hangovers’ plans, but that won’t stop them. Planet Hangover carries existential mindfulness into this calming unveiling of Millikin’s next big hit.