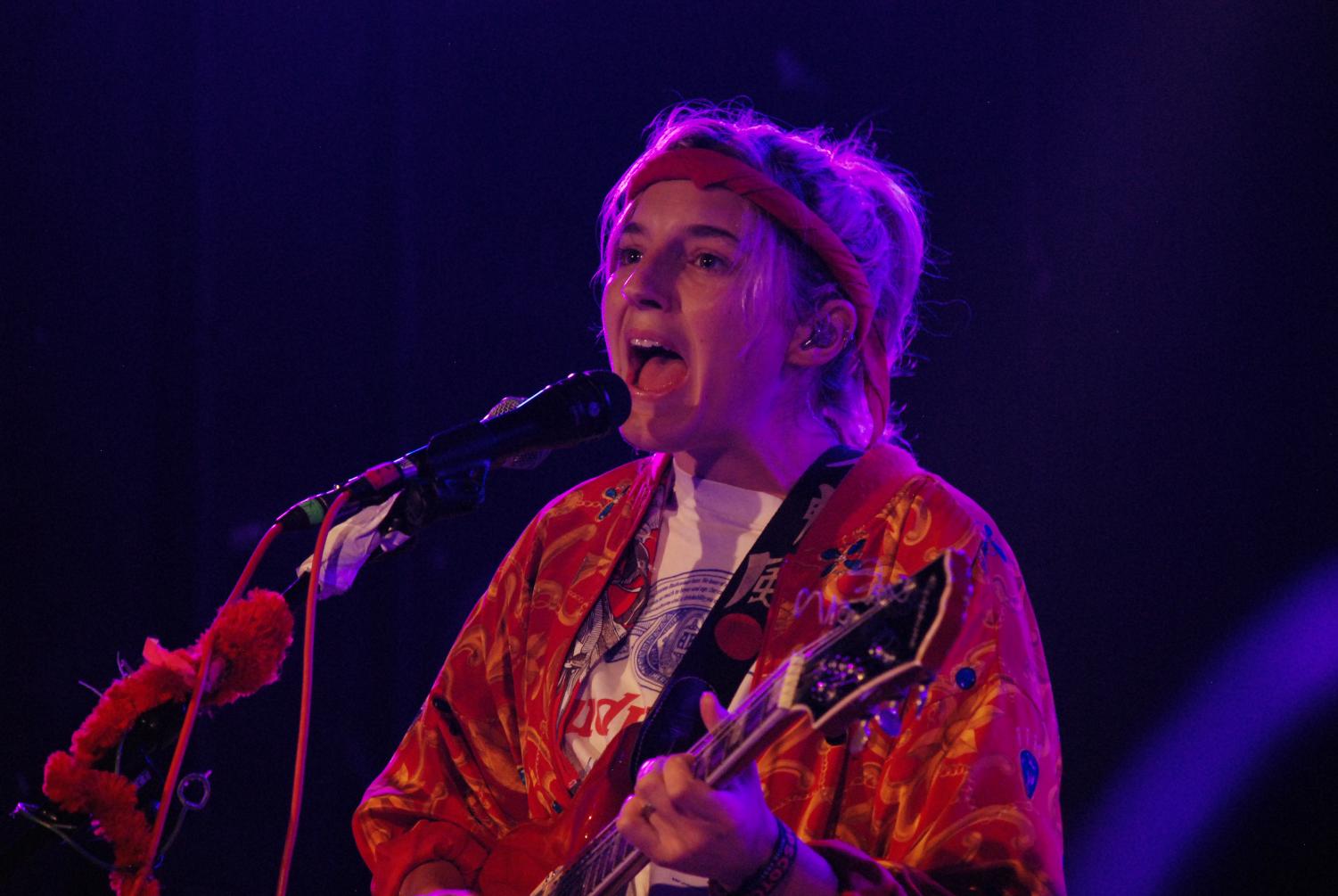 With a drudging motion, Caroline Rose finds herself in a hole filled with distraction and repetitiveness. “Superstar,” her third studio album, motions recordings of blurred effects and altered sounds. It has elements of potential yet carries too many reverberations as panning and reverb create this constant feeling of excess.

Yet Rose’s lyrics signify her knack for songwriting as “Do You Think We’ll Last Forever?” features choruses of questions and an outro consisting of beckoning hope. Rose calls out for her “Darling, tell me all your dreams have come true/’Cause everything I do, baby, I do it for you.”

Rose’s supposed ‘darling’ is being called out for a response to her hopes in whether or not this romance may last for good.

The unbashful Indie sensation captures montages of muted techno and breathy pop. The uber-talented songwriter emotes a hopeful consistency throughout the new record—but falls short in her attempts.

Rose obtained this hierarchy status in the Indie genre after her electrifying and genre-changing sophomore record, “LONER,” but ultimately over nourishes “Superstar” with an overload of effects.

Although, songs such as the lead single, “Feel The Way I Want” harnesses Rose’s musical genius with synthesized melodies laced with eccentric grooves and lyrics of pure gold. Indicating an ulterior mood of embracing one’s self, Rose ignites a movement of being unique and feeling the way one wants to.

Unfortunately, parts of the record tend to lose this sense of freedom and individuality from time to time as tunes stumble upon paths of overcompensation and a lack of creativity.

For instance, “Command Z” generates common Indie pop-rock elements on top of heavily formatted studio qualities intertwined with lyrics that lack poise. This short ditty seems to put a sense of disarray into the album as Rose loses her place.

Not every tune is covered with complication instead, Rose continues to show her inner brilliance in tunes like “Someone New” where the lyrics take a hard grip at a past lover moving on and her vocals accelerating tremendously over the poppy beat underneath.

Rose’s “Freak Like Me” casually looms in the midst as her heavenly vocals soar throughout this simplistic Indie pop groove. Rose calmly states “I kick back like there’s no tomorrow/I beg, steal or borrow/I let it all hang free/’Cause you’re a freak like me”.

The record’s closer, “I Took A Ride” encapsulates synthesized oddities amongst layerings of melodic electronic fevers in this off-the-wall twist of Indie pop-rock.

Rose tumbles across the rope of genius and overdoing during “Superstar” as tunes reach climaxes of Indie incredibility and treacherous lows of over-infused alternative pop music.

From top to bottom, the record feels as if the 80s met 2010s’ EDM yet Rose fails to paint the entire picture for her new intellectually-sound album. Filled with retrospective details and sprinkled with altruistic qualities, Rose seemingly depicts portraits of uncommon chapters throughout one’s self-discovery.

Love is pinpointed throughout “Superstar” yet is shown in different lights. From the get rid of emotions mood in “Feelings Are A Thing Of The Past” to the upbeat lone-wolf statute of “Got To Go My Own Way,” Rose forms a prowess of the many definitions of love and all its forms.

Caroline Rose’s third studio album falls short of un-denying acclaim but basks in the glory of acute songwriting and feverous melodies which bring out the DIY artist’s infectious vocals.

“Superstar” misses out on an opportunity for greatness yet is jam-packed with poetic lyrics and possesses an awakening for Rose’s future musical endeavors.