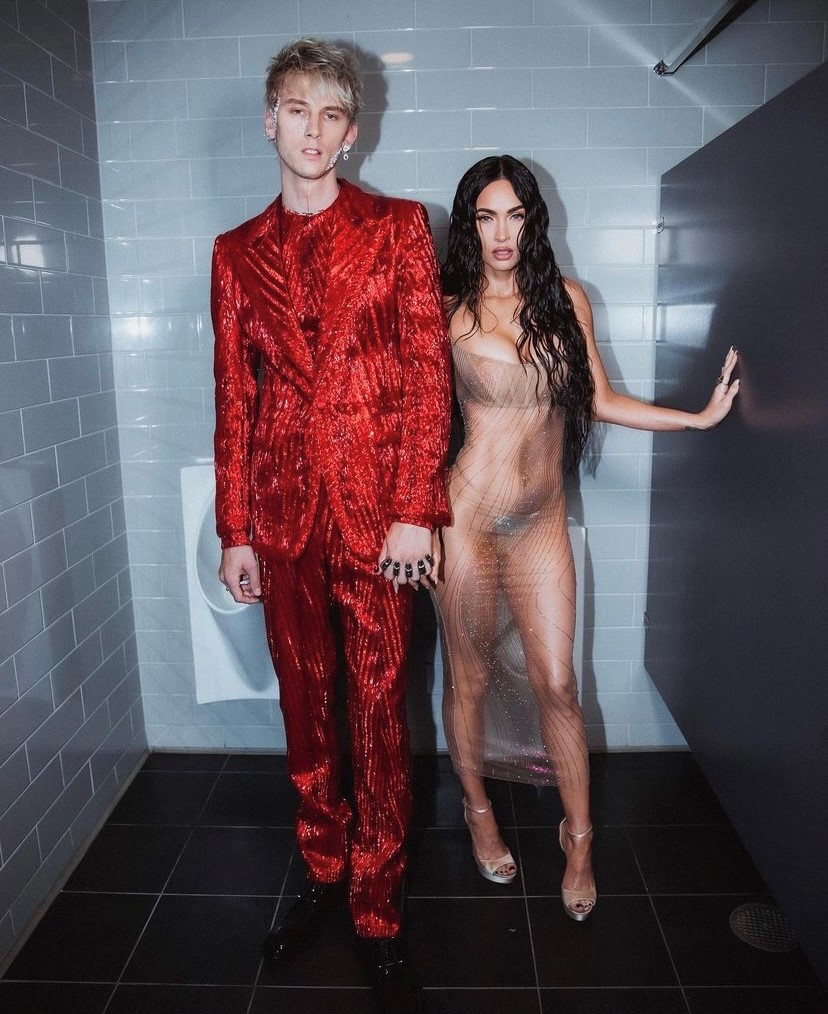 Megan Fox and MGK: Why are we Obsessed?

If you’re like me, and have been on the internet or social media in the past few months, you’re probably obsessed with Machine Gun Kelly and Megan Fox. But, in case you have no idea who or what I’m talking about, I’ll explain it to you.

I am talking about the relationship between singer and actor, Machine Gun Kelly (MGK, actually named Colson Baker) and actress Megan Fox. The two are iconic. Since rumors about them dating started in May 2020, I, along with the internet, can’t get enough of the couple.

So, why? Why is MGK and Megan Fox all I see on my Twitter timeline every single day? Why are we all so obsessed with them?

I propose four reasons as to why this is: their looks, their dynamic, their insanity, and their memes.

If you don’t think they’re a hot couple, then you’re lying. Have you seen Jennifer’s Body??? Ever since they started posting on social media and walking the red carpet together, their pictures are everywhere.

I won’t lie, I don’t find MGK that attractive, but next to Megan, he’s unstoppable.

MGK and Megan Fox have been compared to Angelina Jolie and Billy Bob Thornton, The Joker and Harley Quinn, when servers date the kitchen crew, and the list goes on and on. Their dynamic is so interesting.

This plays into looks a little because they both have distinct looks. The best way I can describe MGK is Riff Raff in Rocky Horror Picture Show, minus the bald spot. Tall, blonde, constantly looks like he hasn’t had enough sleep. Megan, on the other hand is the bombshell blueprint. Molly Lambert from GQ described her as, “the most beautiful woman I have ever met.”

Although, MGK’s look has changed a little since the pair started dating. According to red carpet photos and Twitter, the singer looks “more dead” or zombie-like each time they make a red carpet appearance. People joke that Fox, like her character in Jennifer’s Body, is slowly taking his soul.

Their dynamic is just amplified whenever they are seen out with their go-to double date couple, musician Travis Barker and reality star, Kourtney Kardashian. Somehow they found the only other couple in Hollywood with the exact same vibes, and I mean exact same vibes, to hang out with.

So much of the intrigue into their relationship is because it is literally insane. In case you don’t believe me, I’ll list a few insane things they’ve done.

MGK wears a necklace containing a drop of Megan’s blood in it around his neck. We know this because he posted a picture on Instagram of the necklace with the caption, “I wear your blood around my neck” with a knife and blood emoji.

The two have said that they are twin flames, which according to Fox is a step further than soulmates.

“Instead of a soulmate, a twin flame is actually where a soul has ascended into a high enough level that it can be split into two different bodies at the same time,” said Fox, while on the podcast, Give Them Lala … With Randall, “So we’re actually two halves of the same soul, I think. And I said that to him almost immediately, because I felt it right away.”

Fox also explained in an interview with GQ that the first time she and MGK met, they couldn’t see each other’s faces because their “spirit guides” were luring them away from each other. It wasn’t their time to meet yet.

I mean, you can’t make this stuff up, it’s completely insane. 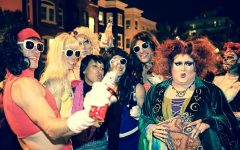 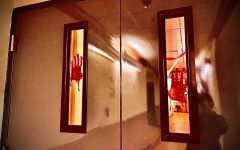 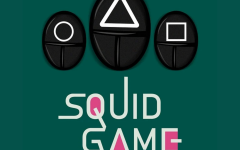 Squid Game: ‘Til Death Do Us Play

Are you kidding me?? This quote came from a recent interview with GQ Magazine and I was living for the memes that came from it. For some more context, Fox explained in the interview that the first time she and MGK ever spoke, she approached him and told him he smelled like weed. To which he responded, “I am weed.”

Apparently for Fox, the rest is history.

They’ve also given us videos like Fox introducing MGK and Barker at the 2021 VMA’s with Kourtney Kardashian when she, in front of everyone, called them their “future baby daddies.”

I would say 65% of the memes I’ve seen on Twitter in the past few months have centered around MGK and Fox.

I think the best way to describe their relationship is like something so odd, almost disturbing, but you can’t look away. You can’t get enough. Like serial killer documentaries, or My Strange Addiction, or Black Mirror.

If there’s one thing pop culture in America loves, it’s hot people being weird as hell. That is why we, and by we I mean me and the entire internet, are obsessed with Machine Gun Kelly and Megan Fox.