EAU CLAIRE, WI.– Being told their conference championship victory during the 2020-2021 season was a fluke lit a fire under Millikin’s Women’s basketball team. This ignited a determination for the 2021-2022 season as they once again proved why Millikin needs to be on people’s radar.

The Big Blue are on their way to the National Collegiate Athletic Association (NCAA) tournament for the first time since winning the tournament back in 2005 under coach Lori Kerns.

The Big Blue is now led by fourth year head coach Olivia Lett, who started her Millikin career off with a record of 8-17. Since her first year, Lett worked to build a winning program and culture. Now, she leads a team with a current record of 21-6, two conference titles, and an at-large bid into the NCAA tournament.

Lett turned the program around by recruiting specific players. Players have to buy into the mindset and goals of the program. For this women’s basketball program, that mindset and goal is to win a national championship by outworking everyone else and maintaining that champion mindset.

The Big Blue spent the months of August and September conditioning four days a week to get into prime shape for the season.

Lett has set an expectation that in order for players to earn their practice jerseys, they must run a mile within 6 minutes and 30 seconds, complete a shuttle time of 64 seconds for guards and 69 seconds for posts, and make 20 Mikan layups in 30 seconds.

During the season, the players spend most of their time at Griswold Gymnasium completing their lifts for the week, working through shooting workouts, going to practice, and spending time in the training room to keep their bodies healthy and injury free.

This may seem overwhelming, but that is what makes this Millikin athletic program so successful. They take pride in the hard work they put in because it always pays off during game time.

This year meant a ton to the players because last year, due to COVID, they faced many unwelcome changes. While their 2020-2021 season was successful in the record book and included a conference tournament championship, they played fewer games, were unable to have fans present, and had the NCAA tournament canceled. 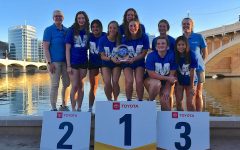 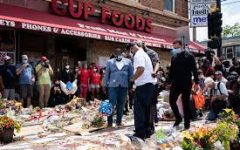 Despite their success, without the opportunity to compete for a national title, it was easy for people to downplay their success.

“Last year we had a ton of people say that our championship was a fluke, which was frustrating,” senior guard Aubrey Staton said, “This year to win a conference championship and be able to bring it home to Griswold and all of our fans means the world.”

Sophie Darden, a sophomore post player, also felt this year was completely different for the team.

“Making it to the NCAA tournament and winning a conference championship means that we are now a complete unit,” Darden said, “Even though we had a few losses during the conference season and the conference tournament, we were still able to adjust and fix our mistakes to get ready for the next thing.”

After a long Sunday full of anticipation and hope for a bid into the NCAA tournament, the Big Blue were rewarded with an at-large bid in the Wisconsin bracket. The Big Blue are on their way to Eau Claire, Wisconsin to play the tough-nosed, highly physical Wartburg Knights.

The first-round game will be held Friday at 5:00 PM. If the Big Blue win, they will play the winner of Wisconsin Eau Claire and North Central (MN) on Saturday, March 5 at 5:00 PM.