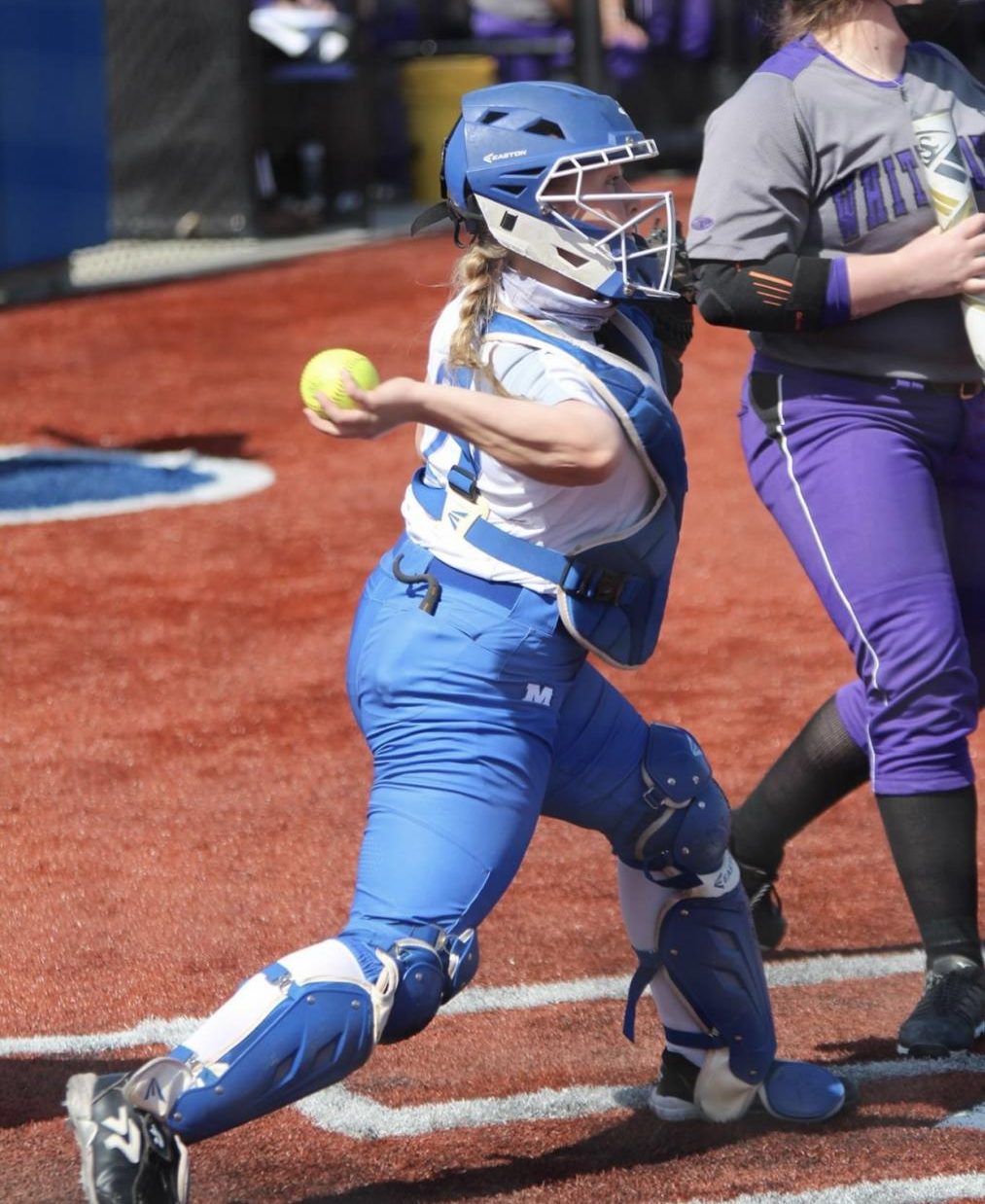 Tucked in the back pocket of catcher Leandra “Leah” Foreman is a lizard. Not a real lizard but a rubber reptile that has become the unofficial mascot of Millikin’s softball team.

“I just carry it with me,” Foreman said.

Unless, of course, she’s not on the field. Then “Glizzy” may find itself on the field with Millikin’s other catcher.

The good luck charm is nice, but Foreman really doesn’t need luck. She hit .333 as a freshman with 15 doubles and three home runs as Millikin finished with a 31-13 record and won the CCIW Tournament. Her work behind the plate was stellar as well, providing an athletic option to a strong Big Blue pitching staff. Her efforts earned her second team all conference Honors as a freshman.

Interestingly enough, Foreman never really wanted to catch. Foreman says she wanted to play first base as a child, but her dad moved her to catcher because of her athleticism.

“I hated catcher as a kid,” Foreman said but admits to coming to love the position.

“I love catcher, as the catcher you’re involved in every play, you’re basically the leader of the field,” Foreman said.

The Riverton, Illinois native chose Millikin because of the coaching staff and the players. She said these people gave Millikin a sense of home for her, which attracted her here to MU.

As a kid growing up in the Springfield area, softball was not popular among young girls so Foreman naturally chose it as her sport. 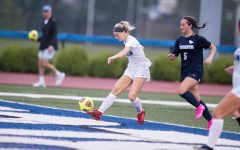 “I wanted to be different than other girls, that’s why I played,” she said.

“I think as a coach you can change the path of someone’s life,” she said.

Foreman also has a bright personality. When attending softball games on campus she is one of the first players you’ll notice, she’s a great cheerleader towards her teammates. She has become one of the most intriguing athletes on campus at Millikin. A young leader on and off the softball field, Foreman is an athlete to watch.

And don’t forget about the good luck lizard hanging out in her back pocket.