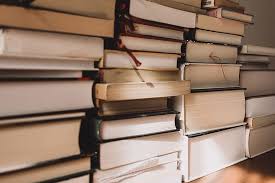 The Unhinged Woman is Revolutionary

Female characters are often annoyingly simple. From characters like Bella from Twilight to Alaska from Looking for Alaska, women and girls fall into two tropes: the plain girl or the manic pixie dream girl.

The manic pixie dream girl trope is when a girl is quirky, but not too quirky. Her main focus is to further the main character, who is usually a man, and his development. The manic pixie dream girl only exists for the man. Maybe they like some indie bands like The Smiths or The Arctic Monkeys. Maybe they smoke, but in a cool way. Maybe they do something a little bit dangerous, but it’s cute. Or worst case scenario, they are depressed, but in a beautiful way.

Just like the manic pixie dream girl, plain girl Bella from Twilight and her countless clones are all the same. Plain, but beautiful. Smart, but not as smart as the love interest. They aren’t like other girls because they don’t wear makeup or dresses.

Both of these characters focus on relationships with men. They lack depth or nuance. If a character is morally gray or not good, she is overly sexualized.

Fortunately, writers are exploring a new type of character. This character is what I like to call “The Unhinged Woman.” The Unhinged Woman is a woman who is unlikable. She isn’t perfect or caters to men. She is morally gray.

Recently, I read a book called Boy Parts by Eliza Clark. The main character is morally repugnant. She is cruel, manipulative, and cold, but unlike the countless of plain female characters I have read, she is interesting. She is self-destructive and borderline evil, but reading about a character with so much depth is refreshing. Her relationship with her mother is tragic and strange. She isn’t like the countless Bellas, Alaskas, or sexy villians that are mass produced. She is morbid and ruthless, which is amazing to read.

What is more fascinating than a character without morals? It is deliciously captivating to read or watch a character who lives without our own sense of right and wrong. We see this moral grayness applied to men like the Joker, but women aren’t given the same nuance. Characters who fall under this trope are heavily critiqued.

Characters that are women have every right to be screwed-up as men. Women can be messy, evil, mean or destructive. Women can have the same great character work we see with men.

So instead of writing the same old female character, how about we try something different?  Being unhinged is revolutionary.