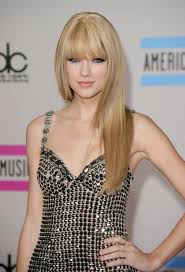 As the autumn leaves fell this past week, Taylor Swift’s “Red” album dropped to a largely positive critical response. But “Red” is about more than the music—it’s about resilience.

If the songs sound familiar, that’s because most of the album isn’t new. Swift has been fighting a years-long legal battle with Big Machine Records, her former label, to acquire the rights to the masters of her first six albums. Rather than continuing the conflict with music manager Scooter Braun, Swift has decided to rerecord and release her previous albums, including the 2012 “Red” album.

And honestly, what a badass. For a singer who has experienced the highs and lows of the music industry, Swift is coming back swinging. She’s not just rereleasing music. She’s reclaiming her agency.

Swift has been in the music industry since she was a teenager. She grew up under the spotlight, scrutinized by paparazzi for her body, her friends, and—of course—her dating life. Her entire existence has been picked apart and splashed across tabloids for us to consume and dissect.

Now, at the age of 31, she’s taking back some of that control by creating music that’s hers again. Instead of battling with executives who won’t respect her, she’s demanding that respect by standing up for herself.

And honestly, as someone who’s been a fan of Swift since the original album in 2012, it’s kind of empowering. I watched her grow up as I was growing up, listened as interviewers asked about the boys she dated before they asked about her work. I heard and internalized the countless comments about how she dates too many men and then tears them apart in her songs, how she’s a nightmare ex-girlfriend.

When they talked about her, people skirted around the words “slut” and “whore” and “crazy.” They never quite said it, but the implication was still there: Don’t be like her. Don’t be a bitch.

Just like I internalized those messages, so did, arguably, Swift.

As part of the rerelease, she recorded a never-before-heard version of “All Too Well.” In the original “Red,” this song is about a failed relationship that still haunts the singer. But the new version—which clocks in at a full ten minutes—tells the story of a manipulative boyfriend (Jake Gyllenhaal) unceremoniously dumping the much-younger Swift.

All the lyrics that call Gyllenhaal out for his manipulation and his disinterest, as well as those that acknowledge the ten year age difference between them, were cut from the original song. Why?

I can’t help but think that Swift was, like a lot of other girls, trying so, so hard to play it cool. Protecting someone who hurt you, staying quiet about pain so you don’t seem whiny or crazy or bitchy—well, a lot of Swift’s songs hit home. But this particular situation is a little too relatable.

It’s interesting to listen to “Red” again in my twenties. When I first heard the album, I was in middle school, and I enjoyed it. But now, I’m all the more impressed by what she does. To be able to articulate these feelings while also balancing fame and scrutiny in equal measures—that’s powerful.

And now, through the re-recordings, she’s standing up for herself, voicing her pain, and demanding the respect she’s been denied for so long.

I was taught not to see Taylor Swift as a role model, but that backfired. She’s exactly the kind of woman we should be lifting up.