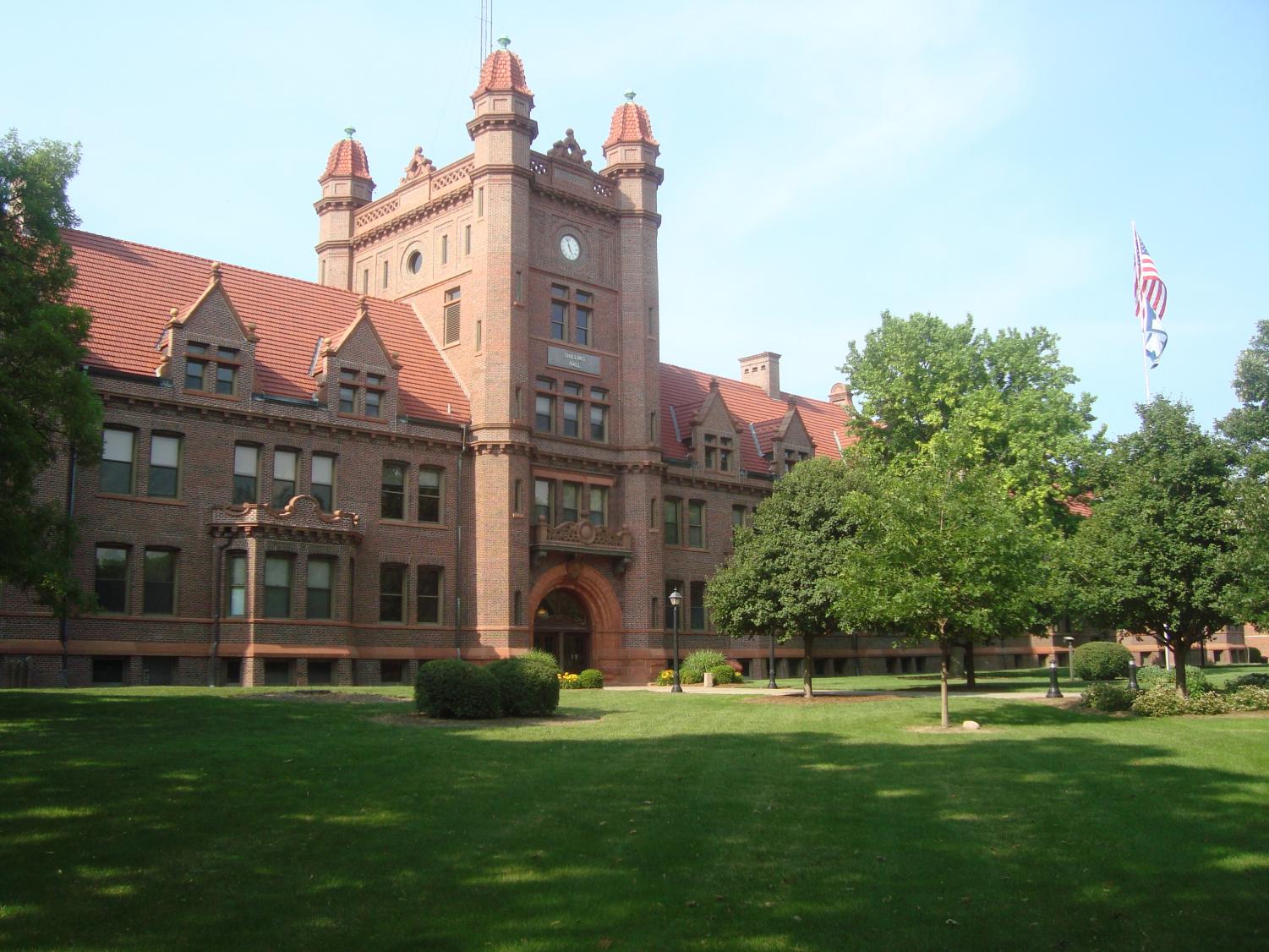 I first joined choir my junior year of high school. At Shawnee Mission South, the two entry-level choirs were called “Chanticleers” and “Green and Gold,” for high and low voiced singers respectively; up from there, we had two audition choirs, “South Chorale” and “Heritage Choir.”

I didn’t realize how remarkable this naming convention was until I arrived at Millikin, where I discovered that the entry-level choirs were simply named “Millikin Men” and “Millikin Women.” This caught me off guard, especially considering my high school, in redder-than-red Kansas, was more ahead of the curve in terms of gender inclusivity than a prestigious liberal arts college in Illinois. Indeed, the names aren’t even accurate representations of the choirs, as there as many members of both ensembles who are transgender, nonbinary, or otherwise gender-nonconforming–myself included.

Since that initial discomfort, the last two and a half years have provided a steady stream of questionable choices on the part of the choir program, and the School of Music more broadly.

Despite the fact that I’m a Commercial Music major–and I explicitly want to perform popular music–I am required to participate in a classical choir, as is everybody whose instrument of emphasis is voice. Certainly, there are no shortage of alternatives (jazz ensembles like OneVoice spring to mind), but only those ensembles which perform classical music actually count.

As a result, every voice student is required to participate in the annual Vespers Christmas concert in December. For the public, Vespers provides a joyous celebration of choral singing and a remarkable sense of community. For the singers, however, it represents an incredibly restrictive and antiquated view of choir music.

To its credit, the actual music performed at Vespers is never the issue; the repertoire selected for this concert is almost always deeply meaningful and resonant.

The issue lies primarily in the “dress code” for the concert: not only must all performers cover their tattoos and refrain from wearing jewelry, but they must all present with a “natural” hair color. If one’s hair color isn’t “natural,” one must either dye it or wear a wig.

Not only is this a deeply troubling practice, the coordinators of the annual concert frequently describe their ideal visual as a “1950s aesthetic.”

Due to this outdated practice, a student could, hypothetically, come to Millikin wanting to sing like a pop singer, only to be forced to hide the very sense of individuality that defines pop styles.

I’d be lying, though, if I said I didn’t have a hunch as to why this archaic practice remains ever prevalent:

Vespers is the single most profitable venture put on by the School of Music. Just this year, pre-sale tickets for the event more than tripled previous box-office records at Kirkland.

However, this year’s Vespers performance has been hyped up as “shining a light for this community.”

I don’t think any program worth its salt could ever claim to be “shining a light” while actively repressing its members and forcing them into a gender binary which isn’t even practical for musical purposes.

The fact that every vocal major is forced into a program which requires them to cover up their individuality for the sake of “tradition” is, at best, incredibly outdated and, at worst, actively problematic. A significant portion of Millikin’s student body is part of the LGBTQ+ community, and for their wishes and complaints to go unanswered in favor of the listening public is disheartening.

My junior year of high school, we performed a piece called “Noel.” It used African rhythms and text, and I ended up getting to sing a short solo. That piece was absolutely one of the highlights of my high school choir experience.

The piece was arranged by Dr. Brad Holmes, the director of choirs at Millikin.

I love choir–deep down, I really do. I joined choir back in high school, when it wasn’t at all a requirement, and though I had my issues even then, there was a real sense of belonging. Now, however, it feels less like I’m being welcomed and encouraged and more like I’m jumping through hoops.

My feelings about choir have morphed from passion to disillusionment. Where I used to be excited to walk into rehearsal everyday, I now find myself just feeling cold. I hate that that’s what it’s become, and I sincerely hope that my grievances, and the grievances of my fellow students, are taken into serious consideration by Dr. Holmes and the rest of the choir faculty.