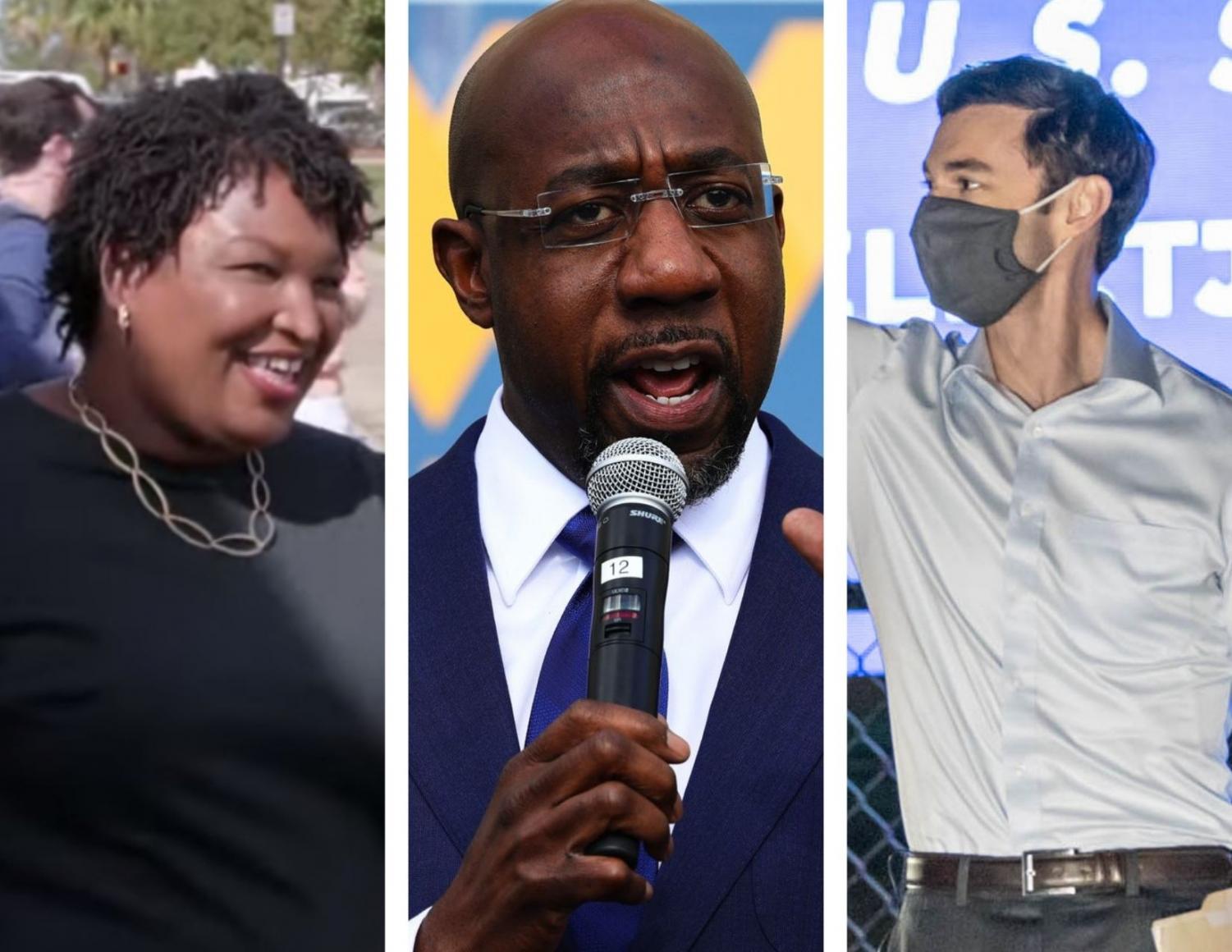 In Response to President Reynolds’s Message: Celebrate Georgia—or at Least Acknowledge It.

Millikin President Jim Reynolds’s email was timely. While students watched the aftermath of a domestic terrorist attack on the Capitol Building and the hundreds of Congresspeople inside it, they could also tell what the leader of our university thought, too.

President Reynolds was shocked, as he explained in the entire third paragraph of his email. He, like millions of Americans, never expected it to get this bad.

Though President Reynolds condemned the attack, he only really acknowledged what happened in the afternoon.

He should have also talked about what happened in the morning.

We woke up that morning to news that Jon Ossoff, a candidate in the Georgia runoffs, had won a seat in the Senate, right after learning that Georgia also elected its first Black Senator, Rev. Raphael Warnock, too. We learned the GOP would be the Senate minority for the first time in our adult lives.

That news came to me in the form of a push notification saying something as simple and unceremonious as “Ossoff has won the election against Perdue in the Georgia Runoff Election.”

This simple notification had a strong impact. I had to sit down when I read it. Something broke open in my chest and, for the first time since I can remember, I had the audacity to hope.

I like to imagine my classmates felt the same way, too, as the news spread to every little corner of the United States. I like to think maybe we all thought, at one point, “Wow, the best United States is a possibility”—at least for a few seconds.

That entire day, we should have been discussing what went right. We should have been studying what Stacey Abrams and countless other activists and politicians did to empower the people. This should be a major event that shapes our own activism.

Instead, naturally, the domestic terror attack clipped those conversations short.

This is where President Reynolds’s email did us no favors. It came across as reactionary and fearful. It carried more despair than hope as he even bordered on the idea that the Black Lives Matter protests for Breonna Taylor, George Floyd, and countless others were in vain.

“At each of those events [BLM protests in responses to police brutality], I thought that we had come to a tipping point; where individuals with decency and a reverence for the more perfect union described in the Preamble to the Constitution would step forward into the breech and help us to find our way as a nation again,” Reynolds wrote.

In fact, it was far from fruitless. Black activists like Stacey Abrams and everyone in Georgia strengthened Democracy—even saved it.

Democracy was, of course, challenged—threatened. But it won.

“Today is a time for us to reflect on how we can better model the behavior that provides safe harbor for a diversity of ideas within a caring community,” he said to conclude his message.

I have reflected, and now I’m eager to share my thoughts.

Most of us have already modeled that behavior. We listen to each other. We vote. We are activists and encourage other people to be activists, too. We engage in discussions and support each others’ victories. We talk each other through lapses in judgement and educate each other, too.

Of course, we’re not perfect. Many of us are aware of that and are working to be better.

Millikin’s community inspires bravery and peace. The only thing that falls short, I have found in the past four years, is appreciation.

Let’s reform the conversation. The fact that hate groups reacted so negatively toward a great victory of Democratic Citizenship shows that we are on the right track.

Instead of reducing the last week to a week of uncertainty, fear, and instability, we should be using these events to appreciate and affirm what Millikin already knows to be true: Democratic Citizenship is a good thing. In fact, it’s one of the best things because it has the power to push us into the future.

We should be using this time not to give our attention and fear to the mob. We should be celebrating the Black voters and activists and progressives.

We should be doubling or tripling any support we show our fellow students who have become activists. They are, after all, one of the most valuable players on Millikin’s campus.

“I’ve come to realize in my short time on campus that Millikin is a more special place than I thought when I accepted the honor of being its 16th president last February,” President Reynolds said. “Each of you has made a positive difference in the lives of others through your commitment to providing the very best of what you have to offer to our campus.”

Support them by listening, understanding, acting and supporting.

Democratic Citizenship is the heart of the American Experiment. It is at risk, even in danger—but we also just witnessed how it can be a gateway to a better future. In the coming months, let’s all model our behavior off of those in Georgia who strengthened our Democracy.