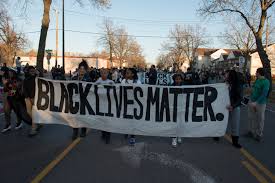 So you wanna call out reverse racism?

You think racism is saying the “N” word like we don’t live an hour away from a town N***ers are not allowed in. But do you know who is?

The Black national anthem is just another means to divide America, right? But when “Lift Every Voice and Sing” was dubbed the “Negro National Anthem” in 1919, Black folks were not allowed to participate in American sports, American theater, or American events.

But do you know who was?

You find Black spaces offensive, yet every single “white space” existed to bring only harm to people of color. It’s funny considering that “Black spaces” gave you LGBTQ+ rights and without them, modern day feminism wouldn’t exist. Did you forget that every time Black spaces were created, it was to save someone else’s existence? Or did you not listen?

You want people to protest peacefully, but that just shows you haven’t paid attention to any of your history lessons. Since when did the oppressed get rights by asking oppressors to be nice?

Was it Dr. King’s pacifistic nature that desegregated America, or was it the ten days of rioting, known as the Holy Week Uprising, that resulted in 43 people dead and 27,000 arrested that made the US president beg Congress to pass a desegregation bill?

You want so badly to say Martin Luther King Jr.’s name out loud to remind us what a socially acceptable Black man is, yet you are quick to forget the same people also killed Trayvon Martin.

You don’t want normalcy – we do. You want to ignore everything that makes you uncomfortable because the last 65 out of 401 years didn’t actually fix everything, unlike what you were taught. What did you expect from an entire nation built on those racist principles?

Major accomplishments were made by peacefully protesting, yet the list of names of victims continues to grow with or without us realizing. This year, the NFL announced they will not only start every game with the National Anthem, but with the “Negro National Anthem” as well, which created an enormous amount of backlash. Instead of the NFL pretending everything was normal, they chose to anger those who don’t realize that the sports industry falls mostly on the same people who are 2.8 times more likely to be killed by police.

However, the fight for Black Lives isn’t over because you choose to ignore the most recent name, which incited the NFL to include Black livelihoods every time they begin their events. Daniel Prude’s brother called 911 hoping they would help Daniel, who was experiencing mental lapses since being off his medicine. Daniel Prude’s family hoped the police would help and get Daniel back home. Instead, he was killed, handled more as a threat than as a human.

So no, the Black Lives Matter movement will not be satisfied anytime soon until those who are tired of hearing about us protest become more tired hearing that Black women are four times more likely to die in childbirth than white women. Or that Black men are four times more likely to be killed by police or that sundown towns still exist or that the KKK still threatens Black lives.

It seems like your history book forgot a few lessons.