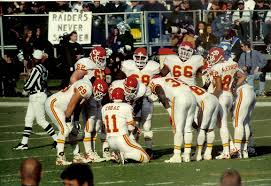 The wait is over. Football is back.

The NFL season started on time, despite COVID concerns of a delayed season. The 2020 season, possibly one of the most anticipated seasons yet, is full of changes and surprises, leaving fans on the edge of their seats.

After spending the first 20 seasons of his career playing for the New England Patriots, NFL superstar Tom Brady signed with the Tampa Bay Buccaneers on a two-year contract, leaving the team he spent his whole career with after two decades.

Other notable player changes made prior to this season include Rob Gronkowski coming out of retirement and going to the Buccaneers with Brady, Cam Newton to the Patriots, Malcolm Jenkins to the Saints, and Nick Foles to the Bears, along with other important trades and signings.

Washington finally changed their football team name from something racist to something not creative at all. But hey, the Washington Football Team flows a helluva lot better than the prior offensive team mascot name they had.

Overall, the NFL will have noticeable differences due to COVID. Unlike the NBA and NHL, the NFL has not and will not be playing in a “bubble.” There will be no cheerleaders, mascots, or sideline reporters on the field.

Fan attendance is determined by state guidelines. Six of the 32 teams still plan to host fans, but the percentage of fans allowed will vary. The Jacksonville Jaguars will allow the most fans in their stadium out of the six NFL teams, allowing up to 25% of the stadium to be filled.

Another one of the six NFL teams allowing fans is the Kansas City Chiefs, allowing 22% of their stadium to be filled. However, fans who attended the first Chiefs game of the season have already caused some controversy.

The reigning Super Bowl champions the Kansas City Chiefs kicked off the 2020 season at home, playing on Sept. 10 against the Houston Texans. In light of recent events in the fight against racism, both teams decided to lock arms as the announcer’s voice carried over the stadium.

“Please join us in a moment of silence dedicated to the ongoing fight for equality in our country,” the announcer said – which was quickly met by fans booing those on the field.

These fans who booed at players for showing respect for each other as well as respect for the fight against racism were the same fans who cheered when their team scored, made a good play, or overall did something well. The same people cheering on Black athletes to do well and help their favorite team(s) are also the same people booing Black athletes when they say they have not been treated fairly in this country and want to see change.

Black athletes have been used. We only care about what they do on the field. Afterwards, it does not matter. The struggles or challenges they face do not matter as long as they can be ready to help us and our desired team(s) win on game day. It does not matter how many times they have been racially profiled by police, fearing for their lives at the hands of law enforcement, coming out lucky to be alive. Or how many of their Black family members, friends, neighbors, and others they know who have had life-threatening experiences with law enforcement or racism in general, some of whom are not lucky to be alive today.

We will wear their names on our backs, representing their team and their names, but look away when they voice their struggles and frustrations. We immediately jump on them, telling them to stick to sports, while undermining their experiences because they are wealthy Black athletes. As if wealth completely takes away all of their problems. We excuse their voices as if we know better than they know, interjecting how we feel and our conclusions about their feelings and the problems they face.

If the NFL and other professional sports organizations truly cared about their athletes more than they cared about money, we would see an improvement in quality of life for their Black, Indigenous, athletes of color as well as an improvement of life for BIPOC people in the country. We would see professional sports organizations take charge, leading the fight for equality, and advocating for justice. Instead, the organizations have done the bare minimum raising awareness.

In the NFL, they have added “Lift Every Voice and Sing” to play before games, serving as the “Black national anthem.” While the song plays, footage is supposed to air on TV showing the social justice work of players and teams. Helmet decals now display names of Black victims of racism and police brutality. “It Takes All of US” and “End Racism” will be in each end zone of each game all season long. So, racism is solved, right?

Obviously, these strides are better than nothing. But we should still expect more, especially from the NFL. According to 2017 data from the Institute for Diversity and Ethics in Sports, 70% of NFL players are Black. Meanwhile, only 9% of managers in the league offices are Black and there are no Black owners.

No one is watching the NFL for any other reason than to watch their team and essentially the players. Athletes among every professional sports team have shown solidarity for victims of racism and police brutality and made serious points to use their platforms during this time of racial justice. Is it not time for organizations to take more action than their players? When will organizations stand up for injustice and for their players and do more than the bare minimum?