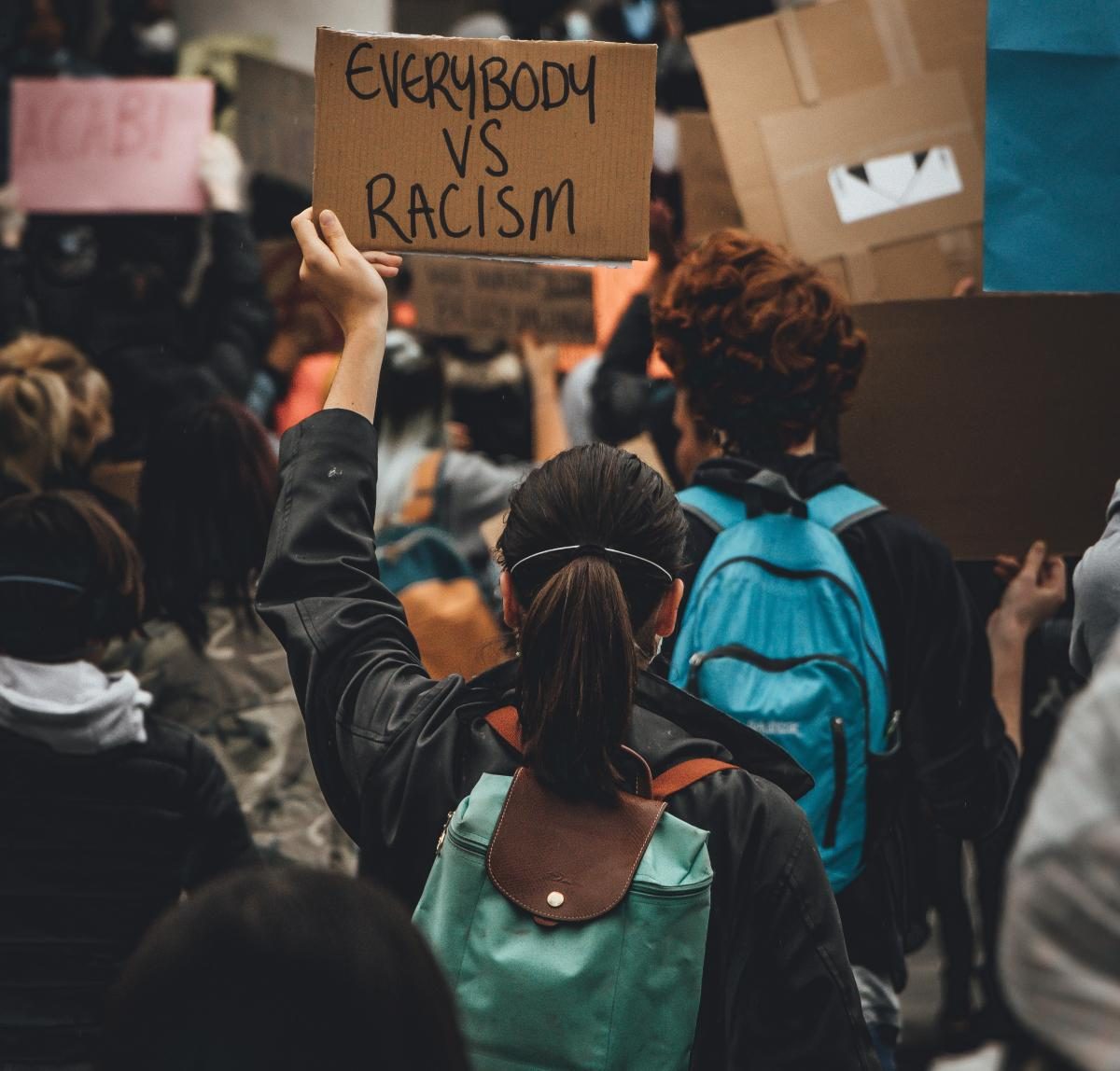 Your Racism Might Not Be Your Fault But It’s Your Fault if You Don’t Fix It.

There is no doubt that America has a serious problem with white supremacy. This is often fueled by a superiority complex that is ingrained into white males from birth. American society teaches boys that they should not show emotion and that they must be powerful in order to be a man.

As a culture, we need to address America’s deep-rooted issues with white supremacy, and that begins with creating the space for men to safely express emotion at an early age.

It’s easy to shake your first in the air and proclaim “toxic masculinity!” when thinking about our societal expectations for men, but it’s harder to address the real phenomenon that plagues our country. The idea of proving masculinity is one of the first things boys learn as they grow up. Whether they are taught by other men in their families or by the media they consume, most boys are exposed to the idea of the “perfect man” at a young age. This exposure leads many boys to have problems expressing themselves and their emotions, which causes many harmful side effects.

According to Child Trends, a non-profit that specifically researches factors that affect children’s lives, boys have fewer coping skills than girls. In the United States, expectations for boys tend to center around dominance, control, avoiding weakness, and hiding emotions.

When a man’s masculinity is questioned, it can lead him to express his emotions in harmful ways, such as supremacism. The American Psychological Association suggests that the “boys don’t cry” mentality puts pressure on young boys to prove their masculinity.

Other men often look down on non-masculine activities. Males in the US account for 98% of mass shooters, and many mass shooters become violent because their masculinity is questioned. School shooters report that they were bullied for being artistic, shy, or non-athletic.

Males are taught that these sorts of activities or feelings are “girly” or “weak,” which leads many males who are more sensitive or artistic to feel shame or embarrassment. This shame and embarrassment leads to many men retaliating with aggression, as they are taught their entire lives that they need to be dominant and powerful to be a man.

This need to be dominant and powerful directly ties into the expression of racism online. Everyone has scrolled through Facebook and shaken their heads at a white man posting something completely false and downright racist. Nobody can even attempt to give an opposing opinion to these men, because they often retaliate with aggression. They would rather be wrong but feel powerful than allow themselves to have a vulnerable conversation.

White supremacists cannot understand why their views are wrong if they are too insecure to put themselves into conversations instead of arguments.

White supremacy as a whole is rooted in the idea that white people, specifically white men, are better than everyone else. Even though there is absolutely no proof that white men are biologically better than any other group of people, white men who are insecure about their own masculinity subscribe to the idea because it makes them feel better about themselves.

In an article for The Guardian, journalist Donna Ladd spoke to many former white supremacists about why they became white supremacists. She found that many white people are conditioned to believe lies that people of color were biologically inferior.

Unless white men allow themselves to deeply listen to others and be brutally honest about their own feelings and inner struggles, they cannot even begin to understand the struggles of others. And, because it is scary and hard to address one’s own repressed emotions, many men would rather ignore it and continue to allow themselves to hate.

In the same article, Christian Picciolini, founder of the Free Radicals Project and a former white supremacist, suggests that one of the reasons he became a white supremacist was that he felt abandoned as a child.

At the age of 14, he turned to a neo-nazi group in search of camaraderie. Picciolini grew up being bullied, and the neo-nazi group gave him a platform to be a man. The group made him feel powerful, especially during a time in life where many are searching for a sense of identity or purpose.

The first time Picciolini questioned his own beliefs was when he met a Black teenager who shared an experience with him- both of their mothers had breast cancer. Through this interaction, he was able to face the emotions he’d held back about the situation. He let himself be vulnerable.

Nobody is born racist.

Racism is a direct effect of a child’s environment- racism is born when vulnerable people become exposed to the wrong things. When white men are taught that they must be the ideal version of a man, which involves putting others down in order to lift yourself up, they are predisposed to hatred. Instead of addressing their own issues and vulnerabilities, they use hatred to make themselves feel stronger. Only when they allow themselves to become vulnerable again can they address their own issues and lead themselves down a better path.

Picciolini says that he’s never met a white supremacist who is happy or has good self-esteem. White supremacists and those who subscribe to racist ideals are the way they are because they are looking to project their own pain onto others.

So what can we do to actively help fix this problem?

Although it’s much easier to “cancel” someone, in order to fix the societal problem, we have to create a safe space for change. We cannot actively encourage change without allowing people the room to grow. While we absolutely should not make excuses for white men with supremacist ideals, we cannot hope for any change if we completely close them off. As hard as it may be, we must realize that if abandonment, lack of empathy, and a need to be noticed are what drives these men to behave the way they do, we cannot ignore these men. Instead, we must take notice of their behavior and model a different behavior, encouraging positive and different choices.

What does it mean to create space for men to safely express emotion? For people who have the ability to change, be active in your own change. Seek to educate yourself. Listen to those who are not like you. Allow yourself to channel your negative feelings into something positive. Admit when you have learned something, as a subtle way to give others permission to indicate that they are learning. We all have changes we need to make in order to be better people, and if we encourage each other to make those changes, we can work together to become actively anti-racist.