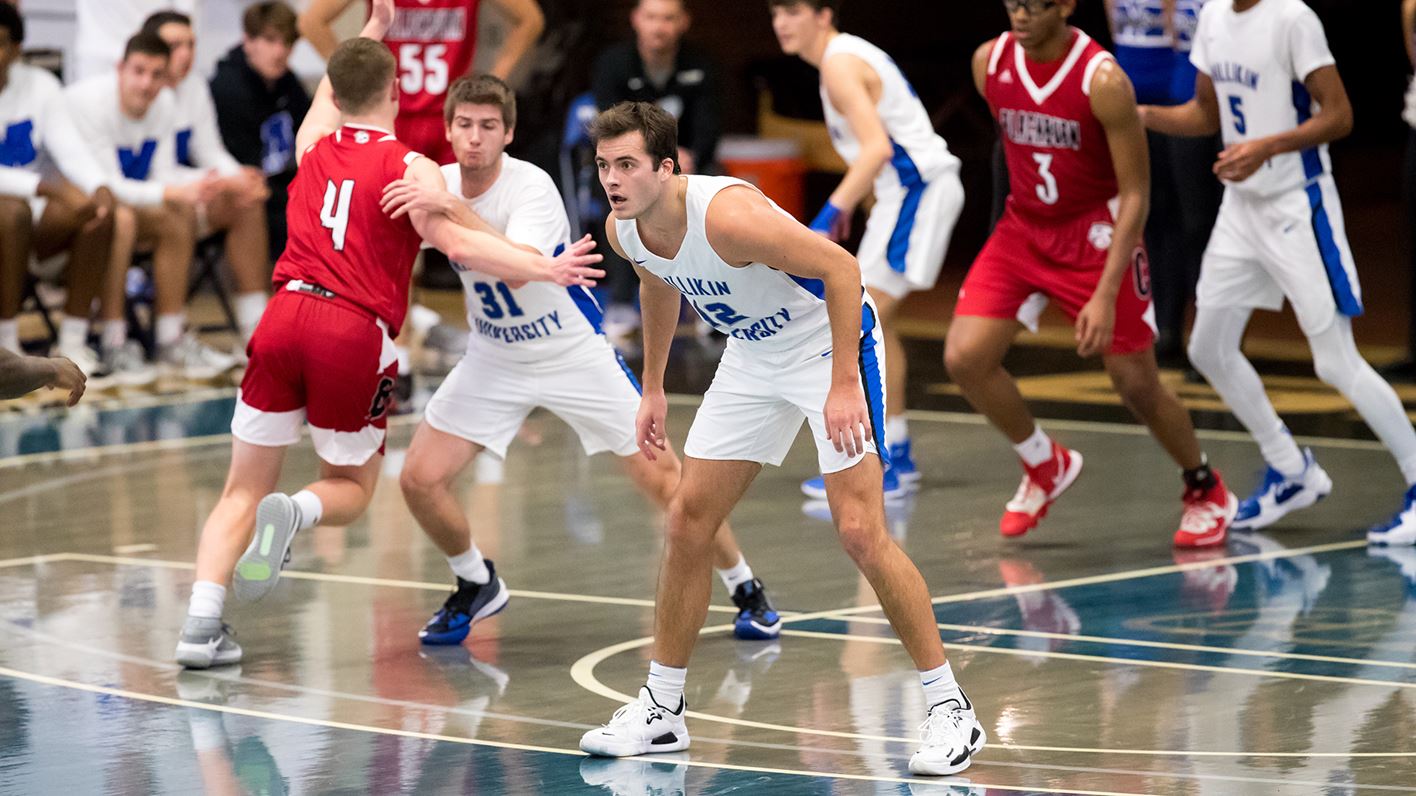 Both the Millikin men’s and women’s basketball teams are off and running in this 2021-2022 season. Each team also has a 5-3 record through December 4th, as the women knocked off Augustana at home by a score of 73-62, and the men did the same on the road by a score of 70-45. How they each got to this point is quite different, however.

The men’s team is in the midst of an inspired first game in Kramer Soderberg’s first season at the helm of the program, looking to turn around what has been a losing program in recent years. Picked to finish last in the CCIW preseason coaches poll, expectations by those outside of the Griswold Center were low. But the results thus far show that Soderberg’s confidence appears to be rubbing off on the team.

After starting the season at 3-1, including a last-second loss to Wash U, the team dropped two games in a row to Illinois College and Lake Forest. Many teams in their spot would have folded, but the Big Blue instead responded with back to back wins, including their latest CCIW win over Augustana. The win broke a 30-game, 16-year losing streak to the Vikings, and could serve as a launching pad for future success for this team.

Looking ahead, Millikin will face its toughest test to date when it hosts #7 Elmhurst on December 8th, as Millikin looks to secure a statement victory over the undefeated Bluejays. Calvin Fischer has paced the offense in scoring thus far, putting up over 15 points per game, and also contributing the 3rd-most assist on the team while leading the Big Blue with 14 steals on the season. Demarcus Bond has also provided a spark for Millikin. The team leader in assists also is scoring over 8 points per game and is second only to Fischer with his 9 steals.

On the women’s side, the reigning CCIW Champions return virtually all of a group that went 11-3 last season. They were ranked #22 in the d3hoops.com preseason poll, and opened the season with a 3-0 record, outsourcing their opponents 260-169, including a 100-point outburst November 6 against Greenville. A rough patch followed the red-hot start, as the Big Blue lost 3 straight games to #15 DePauw, University of Chicago, and then to Wisconsin Lutheran, who also received votes in the d3hoops.com top 25 poll. They, too, responded by rattling off back to back wins over Illinois College and the aforementioned Augustana. Ironically, they also play Elmhurst on the 8th, travelling north to take on a Bluejays team that has gotten out to just a 1-7 start to their campaign.

Leading the Big Blue offense is preseason All-American Elyce Knudsen, whose 19.9 ppg ranks second only to North Park’s Jayla Johnson for tops in the CCIW. Senior Jordan Hildebrand and junior Bailey Coffman are also averaging in double figures, with Hildebrand in the CCIW’s top 10 in rebounds per game, along with Knudsen.