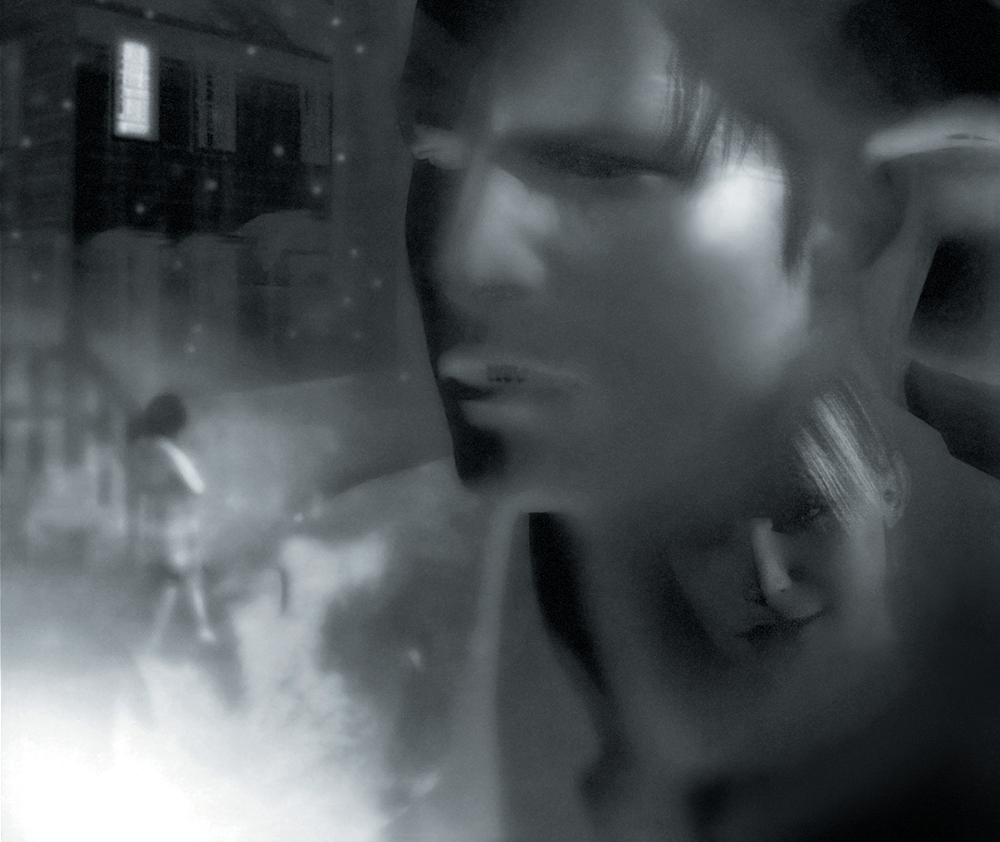 The “Silent Hill” series of horror games were once a defining force in the gaming industry, influencing the horror landscape and inspiring countless copycats. With Konami’s “Team Silent” at the helm, the series proved incredibly successful, spawning movie adaptations and ingraining itself in the public consciousness, particularly with images like Pyramid Head and the Bubble Head Nurses.

Now, however, the series has fallen on hard times. After the release of “Silent Hill 4: The Room” in 2004, “Team Silent” was disbanded, and Konami handed the keys to their flagship franchise over to various Western developers, with worse and worse results each time. At the time of writing, there hasn’t been a main-series release in nine years, since 2012’s “Silent Hill: Downpour” was met with exceedingly lukewarm reception. 2014’s “P.T.” attempted to revitalize the franchise, but the project was cancelled before it came to fruition, and the demo is now no longer playable.

Of course, major franchises coming and going is nothing new: “Clock Tower,” “Left 4 Dead,” and “Alone in the Dark” are all examples of critically acclaimed horror franchises, all of which haven’t seen a new release in over half a decade. However, the quiet demise of “Silent Hill” seems to have inspired a uniquely profound sense of disappointment among its fans.

“A powerful sense of betrayal defines the attitudes many gamers feel toward [Konami],” said Jeremy Parish of USgamer. “Over the past decade, it’s slowly abandoned the properties and experiences that engendered such a profound affection toward the Konami name in the first place.”

At this point, I was intrigued. I wanted to try to understand why this series in particular resonated with so many people in the first place, and why, almost a quarter of a century later, people still feel so strongly about it.

So, I did the only thing I could think to do: I went to the source.

This was my experience with the very first “Silent Hill,” released for PlayStation 1 on February 23, 1999:

Now, for the sake of transparency, I’ll say that I didn’t actually play “Silent Hill” on an original PS1. Unfortunately, the game is pretty difficult to obtain through legitimate means; it used to be available on the PlayStation 3 store, but Sony shut that service down earlier this year, so unless I wanted to shell out nearly a hundred dollars for an original copy, I was mostly stuck. For that reason, I resorted to using a PlayStation emulator on my PC. It was certainly not ideal, and I would have LOVED to have had the “authentic” experience, but I had neither the time nor the money for that, so the emulator ended up working just fine.

As soon as I booted up “Silent Hill” and started my journey, my very first reaction was “wow, I am NOT used to tank controls.” Because the game was released for PS1, there are no joysticks, meaning all of the movement is done by pressing the up, left, right, and down arrows. Not only that, but the left and right arrows are used to TURN, not to actually move. Combine this with a fixed camera, and I was legitimately motion sick within the first hour.

The game wasted no time throwing me right into the deep end; not ten minutes in, Harry, our protagonist, is assaulted in a dark alley by fleshy abominations and rendered unconscious. From this point on, I never let my guard down, even in locations that were seemingly “safe.”

This was further hammered home by the fact that, in my first two hours of play, I died five times. I would NEVER claim to be good at video games, especially ones with archaic controls, and it took me a long time before I felt at all comfortable maneuvering through the game.

After wandering the streets of the town searching for keys, the town went dark, and I experienced my first tangible moment of dread. On one of the loading screens, the game stated that turning off the flashlight made it harder for enemies to spot me. I decided that, on my way to the Elementary School, I would try to use the flashlight as little as possible, only turning it on to read the map. This trek, from one side of Silent Hill to another, with only the tense background music and the sounds of my own footsteps, was one of the defining moments of the game for me. I could only see the faint outlines of the enemies, and every time I did, I found myself holding my breath, wanting to move forward as quickly as possible.

Once I reached the school, however, I ran into my biggest stumbling block with this game: the puzzles are RIDICULOUS! Granted, certain puzzles, like ones relating to colors or names, aren’t too bad, but two puzzles in particular forced me to consult an online guide: the Piano Puzzle in the School, which requires you to relate a poem about birds to specific white and black piano keys, and the Zodiac Puzzle in Nowhere, which requires you to look at four pictures of zodiac signs with numbers beneath them and deduce that those numbers referred to the amount of limbs in the pictures, then enter the numbers of three new pictures.

Needless to say, I would NEVER have found the solutions to these puzzles on my own, and I felt no shame in consulting the internet in order to progress. I can only imagine how lost I would feel playing this all the way back in 1999.

After I left the Elementary School, however, I started to get into the rhythm of the game: journey to a specific location, explore the normal version, explore the nightmarish “Otherworld” version, solve puzzles along the way, sometimes fight a boss, and journey to the next location. Though it runs the risk of becoming tedious, I actually found myself deeply invested after a while, in large part because of the characters.

“Silent Hill” has received a lot of flack for its cheesy dialogue and sub-par voice acting, but if I’m being honest, I actually didn’t have much of a problem with either. Harry Mason is a serviceable protagonist (even if his asking everyone if they’ve seen his daughter DOES get a bit old), and the fact that he feels so much like a regular guy adds to the sense of helplessness. The other characters we meet throughout–like Cybil the Police Officer, Dahlia the Mystic, and Lisa the Nurse–all feel fairly fleshed out, and I found myself really happy any time Cybil reappeared. The only character I felt no real sense of attachment to was Michael Kauffman, the hospital director, but that was also because I didn’t pursue his side quest.

I also have to give a LOT of credit for this experience to Akira Yamaoka’s incredible score. He manages to toe the line perfectly between beautiful and unsettling, and so much of the identity of the major locations in town–the school, the hospital, the sewers–is entirely indebted to the soundtrack. In particular, the moment where Harry is rushing from the Lighthouse to the Amusement Park was incredibly memorable in large part because of the thumping industrial music that accompanied it.

Most of the mid-section of the game wasn’t terribly memorable in my opinion, particularly the two separate treks through mostly empty sewers. All of this changed, however, once I reached the final portion of the game: Nowhere.

Or at least, I did until I had to do it all TWICE!

There’s a specific room in Nowhere with a large oven, with a dagger sticking out of it and two segments of a broken chain on either side. Like with most of the rooms in the game, I simply took the dagger and went to leave, at which point a monster burst out of the oven and dragged me in, killing me instantly.

This would’ve been frustrating enough, but I also hadn’t saved after doing any of the puzzles in Nowhere, forcing me to replay the entire area, cutscenes and all. At this point, I wasn’t even trying to savor the experience, I just wanted to be DONE.

After completing the last few puzzles, I finally faced the final boss of the game: The Incubator!

…which was, unfortunately, pitifully easy. All I had to do was fire my handgun for a while and use a couple of First Aid Kits, and I won in under a minute.

At this point, I was graced with the single most underwhelming ending I’ve ever seen. I’ll transcribe it here in its entirety:

HARRY: Cheryl…? Can’t be? You can’t leave like this… This can’t be happening! Cheryl?! …Cheryl!!

I’m not exaggerating! That’s ACTUALLY how fast it happens! Granted, of course, I got one of the Bad Endings, but seriously, give me SOMETHING!

At the very least, I had saved Cybil earlier in the game, so I didn’t get the absolute worst ending, where it turns out Harry was just unconscious in his car the entire time and probably just hallucinating all of this. Hard pass.

I’d be lying, though, if I said I wasn’t a bit underwhelmed at the end of my time with “Silent Hill.” I had spent a good seven hours getting drawn in, genuinely curious about the story, only to end up feeling more relieved than fulfilled.

That’s not to say, however, that my overall experience was negative. “Silent Hill” is a game that routinely tried my patience, both in terms of its controls and its story, but despite all of that, I still can’t help but feel overall pretty satisfied with the experience. Are they things about the game I would do differently on another playthrough? OF COURSE! But, for a seven-hour experience that I played in just under two days, what an experience it was! Despite all of the cryptic puzzles, unsatisfying narrative moments, and odd creative decisions, I still definitely see why this game struck a chord when it first released, and why its legacy has remained so persistent.

“Silent Hill” was certainly unlike any other game I’ve played, both in terms of the atmosphere and the type of fear it elicited. The terror I experienced was less to do with the monsters, and much more related to the unsettling atmosphere and sense of confusion, particularly in areas like Nowhere. The game is definitely a product of its time, and certain aspects have aged poorly, but 22 years later, “Silent Hill” remains an incredibly effective piece of horror.