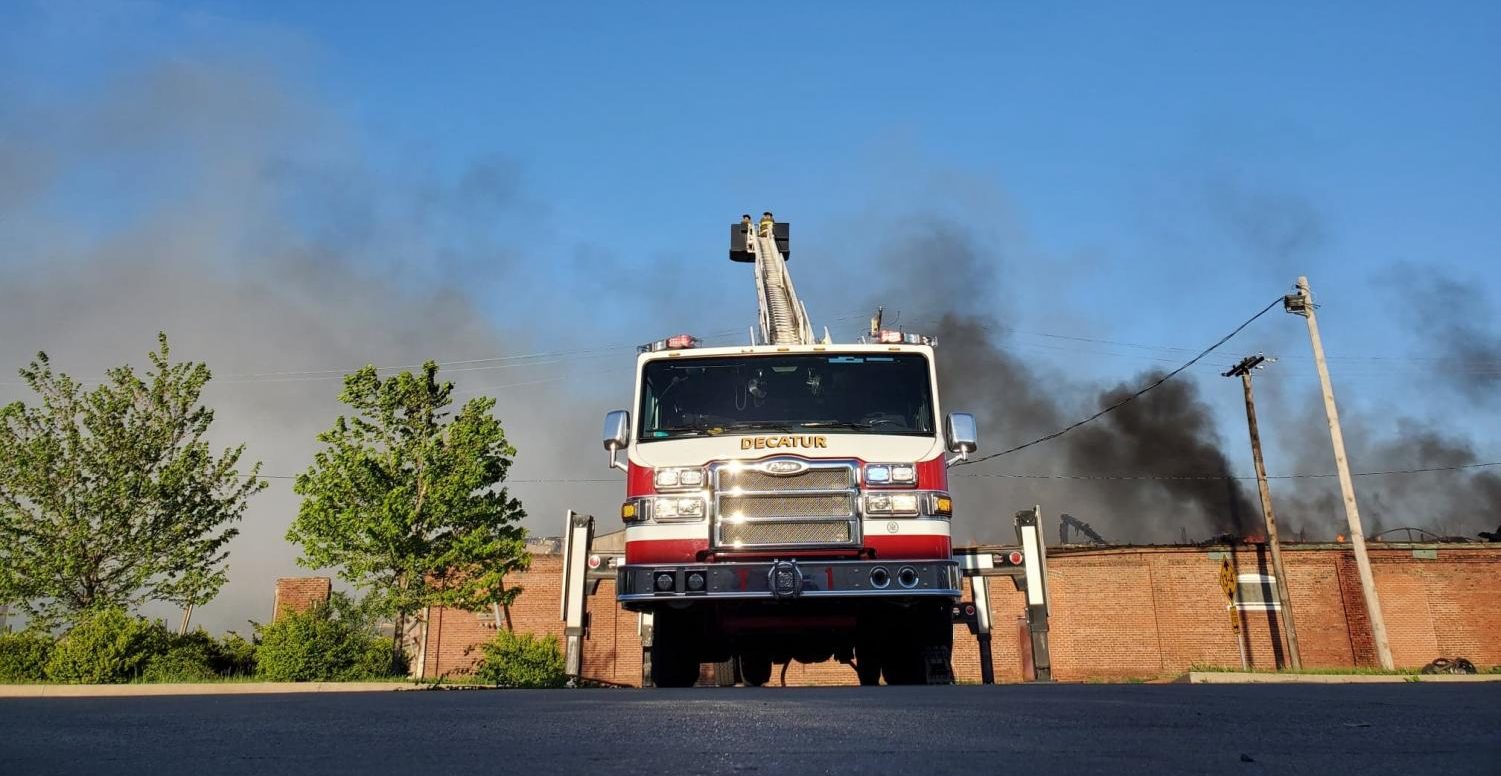 A three-alarm fire engulfed an abandoned Aramark building in Decatur Saturday, spewing billows of black smoke, visible for miles. Almost all of Decatur’s fire stations responded, but the cause of the fire is still unknown.

Though dozens of people gathered at the intersection of Calhoun and Grand to watch the flames, there have been no reports of anyone inside.

“There were no evacuations to my knowledge,” Officer Troy Kretsinger with the Park District Police said.

The Decatur Police Department, Macon County Sheriff, and Park District Police also responded to steer onlookers, which crowded outside of the corner of Calhoun and Grand Avenue.

The fire took place in abandoned buildings in a residential area. Though debris and smoke clouded the area, there were no reports of anyone being hurt. Ambulance vehicles called to the scene left by 6:30.

The fire began in an old Aramark building at around 5 p.m. and spread to a building to the south quickly.

The flames then consumed a former warehouse for Aaction Equipment owned by Gulfco, a security service specializing in “maritime security,” according to the Herald and Review.

The flames consumed the roof and caused the collapse of several brick walls by 6:30 p.m., burning hot enough to melt steel beams.

“Mainly the roofing material makes the fire burn pretty black,” Fire Chief Jeff Abbott said. The materials that could have burned inside are still unknown, according to Abbott. “What worked for us was getting the aerial [hoses] up in the air as quick as we could.”

The water lines in the area were older, so the firefighters needed to haul hoses in from a few blocks away. High wind also fueled the fire and made the flames harder to fight.

“There’s a building on the other side of here, about eight feet, ten feet away from this building,” Abbott said. “Right now, it’s not burning. That’s been our objective the whole time.” 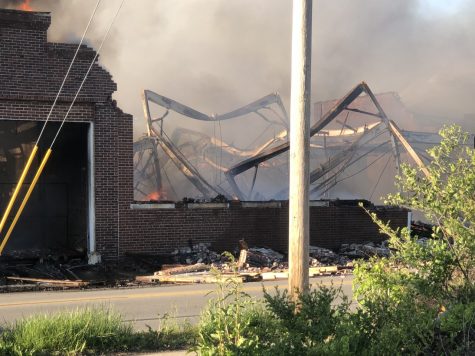