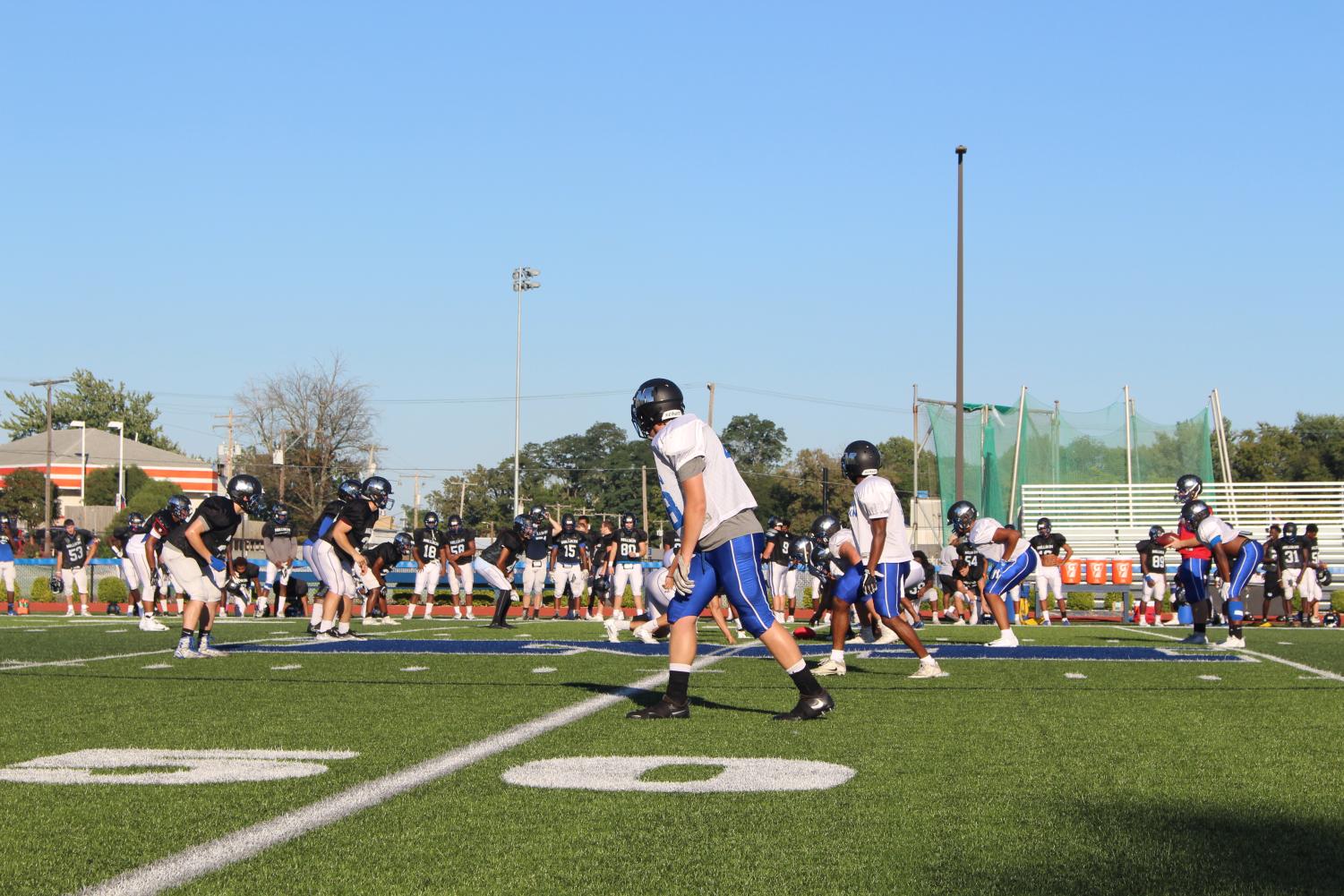 What Led to a Disappointing Season

At the start of this season, hopes were high that this year’s Millikin football team would be one of the better ones in recent years. They were led by a veteran group of players looking to build off of a spring season in which the Big Blue won 2 of their 3 games, including their first win against Illinois Wesleyan in 10 years. Those veterans included an offensive line that returned every one of their starters, spring All-American receiver Colton Lockwood, 5th-year quarterback Cal Pohrte, and a defense filled with breakout candidates looking poised to take the next step forward.

That season, however, just wasn’t in the cards for Millikin.

From the very beginning of the season, turnovers caused problems for Millikin. Both interceptions and fumbles led to a season-opening loss to Greenville that was cause for concern. The next 2 games showed signs of optimism, however, and Millikin rallied to bring their record to 2-1.

The next 4 games would bring what momentum Millikin had gathered thus far to a halt, and send their season in a direction they were unable to recover from. Over those 4 games, they turned the ball over 15 times, including 10 interceptions and 5 fumbles, and their record fell to 2-5.

This stretch would end up sinking any hopes of a winning season, as wins against Carthage, Elmhurst, and Illinois Wesleyan (combined 7-19 record) were imperative to getting to the .500 mark.

Following a loss to Wash U in which Pohrte threw 4 interceptions, Millikin would put up 27 points (most allowed by NCC this season) and give #1 North Central the best run for their money they’ve faced this season, save for the #6 Wheaton Thunder, who travel to face the Big Blue in the season finale November 13th.

They did so by managing their first game without an interception since week 3, with their lone turnover coming on a 4th quarter fumble. Millikin was able to build off of the North Central game and take down North Park by a score of 21-0,  turning the ball over only once en route to their 3rd win of the year.

Millikin has not had a game without either a fumble or interception this year. They lead the CCIW in interceptions with 15, and trail only Augustana with 9 fumbles on the year. The 26 turnovers in total are one of the chief reasons for Millikin’s offensive struggles.

Despite this major problem, the offense has been a middle-of-the-pack group. It’s hard not to think how much different the outcomes could have been, specifically in the Carthage, Elmhurst, and Illinois Wesleyan losses, had Millikin just finished more of the possessions that ended in turnovers, the record attached to Millikin’s name may look a little different.

On top of existing problems, the Big Blue were forced to deal with personnel issues throughout the season. Millikin’s biggest struggle at times was just getting their best team out on the field.

Receiver Patrick Cooper, DB Nate Moore, and LB David Jones were all seniors who have missed most or all of the season, leading to an influx of new faces having to take on large roles with the team. Just within the defensive backs, Millikin played 6 underclassmen including a variety of freshmen throughout the year due to injuries, leaving a team that was planning on an experienced group to compete with a group mostly made up of rookies.

Some of these freshmen on both sides of the ball have stepped up, however. On offense, RB Lontas McClinton and WR Antonio Brown have shown that they can produce in their roles, and DB Vincent Perkins made the game-sealing interception to lock down the win against Carroll.

Even though the young players have filled in as best they can, there just is no way to replicate the veteran experience lost due to injury this year.

The final nail in the Big Blue coffin was an alarming penalty rate. Millikin led the conference in penalties, and it was not close. In the 9 games played this season, the team was penalized 82 times. For reference, 2nd place North Park didn’t even reach 70, and they’ve played 10 games.

Millikin is also the only team to eclipse 650 penalty yards on the season, but they also eclipsed 700… and 750… and 800. Their 835 penalty yards, and almost 30 more penalty yards per game more than anyone else, can be attributed to the youth, one could argue. But to lead by that much? That’s enough to spoil the season of even the most talented teams.

Combine that with Millikin’s inability to keep the football in their own hands throughout the course of the season, and it’s almost impressive that they were statistically in the middle of the pack both offensively and defensively, and not scraping the bottom.

What Could Have Been

At the beginning of the season, head coach Dan Gritti classified a successful season as one that saw Millikin finish above the .500 mark, which in a 10-game season, means a 6-4 record. Entering the season’s final game sitting at 3-6, it’s clear that goal wasn’t met.

It’s difficult not to wonder what could have been this season had the 3 factors listed above turned out more in Millikin’s favor. If the team was able to stay healthy and more experienced players got to play, the enormous amount of penalties were trimmed, and the turnovers- specifically the interceptions- were limited, who knows how different this season could have looked?

The 3-game stretch against Carthage, Elmhurst, and Illinois Wesleyan may have turned out differently, and even 2 of those games turning from wins to losses could have completely changed the narrative of this season.