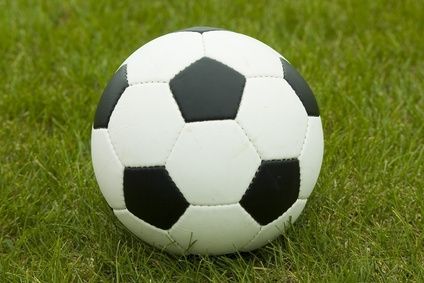 A Strong Season So Far

Following the cancellation of fall sports in 2020 due to—you guessed it—COVID-19, both the men’s and women’s soccer teams have started competing this spring. While this situation is certainly not ideal, both teams have taken the opportunity to play competitive games and continue to bond and develop as a team.

This is especially important as the women’s team continues to develop the program while the men’s team looks to establish a foundation under new head coach Paul Anderson. What’s more exciting is that both teams are able to do this in front of a limited live audience at the Frank M. Lindsay Field.

The women’s team saw all the hard work of their 6 a.m. practices pay off during the March 26 game against North Park. On that night—senior night—the women’s team opened their spring season with a 2-0 in their first competitive game since November 6, 2019. With inspiration for the seniors coming from soccer legend Mia Hamm, the Big Blue dominated the pitch and looked to have fun doing so. Freshman Hannah Henson opened her Millikin account in the first half while junior Amanda Noser scored an absolute rocket in the second half.

Since that opening day win, the Big Blue have played Augustana and Illinois Wesleyan, finishing with a draw and a loss respectively. Currently, Amanda Noser and junior Maddy Wood both lead the team with two goals each, while freshmen Bailee Blecker leads the team with two assists.

Despite this season not ending with a potential trip to the official CCIW tournament or a chance in the NCAA tournament, it is encouraging to see Millikin athletics competing again. This is especially true with women’s soccer, which looks to be a young and exciting team going forward in the Fall of 2021. The team will play between 2-3 more games against Elmhurst, North Park, and Illinois Wesleyan in the month of April.

On the men’s side, the team had their first game of the spring season on March 24 against the Weenies postponed. On March 31, in their first game since November 2nd, 2019, the team won against Augustana. Scoring both of the Big Blue’s goals, all the way from Enebakk, Norway, was freshman Johannes Smaaberg. Scoring a brace is not bad for a Millikin debut, and the team will certainly take it.

Since their opening game, the Big Blue earned a massive derby victory against Illinois Wesleyan on April 7. Scoring the only goal of the game was junior Eli McClinton. This earned Millikin their first victory over Illinois Wesleyan since the 2015 season, a win that was long overdue and just as sweet even in the extraordinary circumstances that the team finds itself in. The men’s team will look to keep their undefeated season alive against Illinois Wesleyan, North Park, and Carthage between now and the end of April.

While COVID-19 presented many challenges for the soccer teams, the programs have looked to take chances to compete and improve where they can. While many institutions across the nation are unable to offer their students meaningful athletics opportunities, it is encouraging to see these teams given the chance to compete outside of their normal competitive windows. The Frank M. Lindsay Field allows for limited capacity, so be sure to get out there and support two very exciting and rising teams.