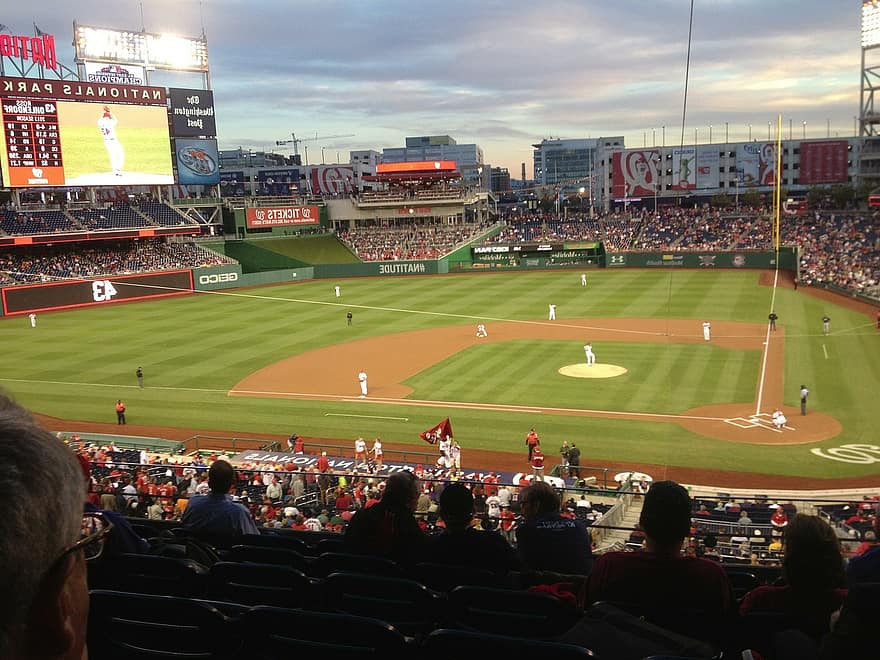 MLB Showdown: Who Will Win It All?

This Major League Baseball season is shaping up to be even more interesting than anticipated. The 60-game slate guarantees that anything can happen in the 2020 season. But within mere hours of the first pitch of the season, an agreement came forward that would expand the playoffs even further, allowing 8 teams from each league to make it.

With this new agreement, teams like the Marlins, who were in the middle of a tanking process, are now in 2nd place in a hunt for the playoffs in a division thought to be one of the best in baseball at the start of spring training some five months ago.

Other teams who were thought to be contenders have simply tripped on their own feet and fallen face first into the bottom of the standings. For instance, the Washington Nationals, the defending World Series Champions, are sitting at a 12-19 record and dead last in the National League East.

One spot above them are the New York Mets, who were thought to be a sleeper World Series contender at the beginning of 2020, but have rumbled, bumbled, and stumbled their way to a 15-19 record, killed by injuries once again and managing to lose games in ways that almost make you feel bad for their fans. Almost.

However, three American League divisions are seeing a “changing of the guard.” The Oakland Athletics are now the crown jewel of the American League West, trading for starting pitcher Mike Minor and standing at 22-12. This is two and a half games in front of the disgraced Houston Astros, who are getting plunked and mocked by the entire league’s fan base.

Over in the Central Division, the Chicago White Sox have slugged their way to a 21-13 start, led by an offense that has the highest team batting average in all of the majors. The White Sox sit among the top 5 in all major offensive categories with the exception of stolen bases. While the Cleveland Indians and Minnesota Twins are both within one game of the Sox, it’s Chicago who is both the hottest team at the moment and the one who is built for the most sustained success into the future.

In the East are the lowly Tampa Bay Rays, again getting killed on a nightly basis because they have the lowest payroll in all of baseball…or not? Nope. The Rays have actually been one of baseball’s best teams despite a payroll of only $60 million. To put that in perspective, the Rays are paying their entire team combined $2 million less than what the second place New York Yankees are paying two singular players: Giancarlo Stanton and Gerrit Cole. What the Yankees, and the Oakland A’s out west, have continued to do year in and year out is nothing short of incredible.

But over in the National League, the rich have only gotten richer. The Dodgers, not content with winning only 106 games in 2019, went ahead and traded for 2018 AL MVP Mookie Betts, as well as David Price, because why not? It’s not like they couldn’t afford it.

Meanwhile down in San Diego, a team loading up with prospects for the last few years is now coming fully into its own. The Padres are one of baseball’s most exciting young teams, exemplifying the “Let the Kids Play” movement and quite literally changing the game of baseball forever.

The problem is, the Dodgers are so damn good and somewhat roadblock their path to a division title. Nevertheless, the addition of starter Mike Clevinger from Cleveland should immediately boost the pitching staff, and make this team scary come postseason play.

The Central Division is a tough one to judge. The Cubs are playing good baseball and sit atop the standings at 20-14, despite a bullpen that is shaky at best. After that, the Cardinals are a wildcard. After surviving a COVID-19 outbreak that made 11 players make their MLB debuts over a 4-day stretch due to players in quarantine, the Cardinals could either tire out from playing a ton of double headers, or get hot and storm at the Cubs quickly thanks to that many games in a short amount of time.

In the East, it’s all Atlanta at the top.  The aforementioned Marlins, Mets, and Nationals, along with the Philadelphia Phillies, all hold records under .500. However, with the expansion of the playoffs now including the division runner-ups as well, these 4 teams are still fighting, with the exception of the Nationals.

This year has shaped up to be even more exciting than anticipated, with so many new young stars taking center stage and leading teams who have been consistent  bottom feeders into the spotlight. More than any other year in recent memory, the end of the baseball season could see any team holding the Commissioner’s Trophy when it’s all said and done.

Grab your popcorn, folks – this is getting interesting.