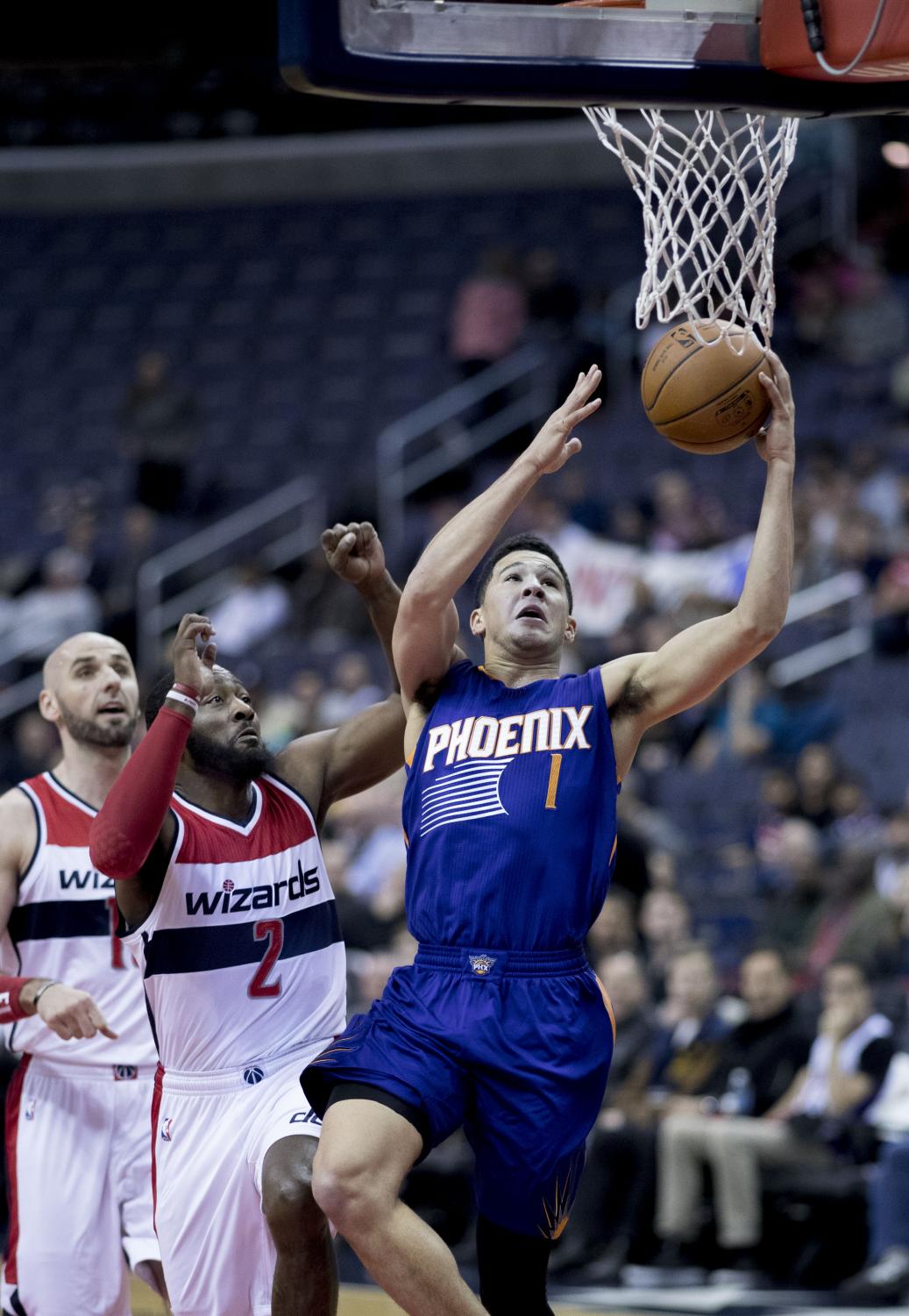 Why the Suns Could Be the NBA’s Next Powerhouse

Yes, you read that right. The Phoenix Suns.

For the last decade, the Suns have been a relative fixture at the bottom of the Western Conference standings, led by mediocre coaching, a front office that was incompetent, and older players who were either past their prime or young players taken on as projects…which often failed.

But the Suns found a star when they took Devin Booker 13th overall in the 2015 NBA draft. Booker wasn’t even a starter at the University of Kentucky, but since he came to Phoenix, he has blossomed into one of the most elite scorers the league has to offer as well as the leader Phoenix desperately needed.

Booker is a rising star in only his age-23 season, and because he’s in contract through the ’23-’24 season, this means the team now has to build around him. Insert Deandre Ayton. The Arizona center was taken 1st overall by Phoenix in the summer of 2018, and he would be considered a fantastic pick in 90% of draft classes after averaging 19 points, 12 rebounds, and 2 blocks a game this year.

Ayton has been criminally underrated, however, for 2 simple reasons: Luka Dončić and Trae Young were also in that draft. But Ayton is finally taking his step into the forefront of the Suns track to a title. With a legitimate 3-point shot now in his arsenal, Ayton may finally be taking the leap from “not a bust” to the star Phoenix knew he could be.

Perhaps what catapulted the Suns from a team with some good players here and there into a team to watch very soon was a deadline deal last season. The Suns acquired Kelly Oubre from the Washington Wizards in exchange for Trevor Ariza. After signing Ariza in the 2018 offseason, it became clear over the course of the season he did not want to be in Phoenix through his lackadaisical play and low effort.

Rubio’s importance cannot go understated. Before his arrival, Devin Booker had to be the team’s primary scorer, facilitator, and floor general as the team did not have a rostered point guard. No, I’m not kidding. Bringing in Rubio now sets up Booker to do what he does as good as anyone in this league: score.”

Insert Oubre, the spark of energy and the swagger a young team needed to start making big moves. Oubre immediately took to Phoenix and became a fixture of a Suns team that needed an identity. The end of the ’18-’19 season saw the Suns find their identity: the “Valley Boyz.”

Rubio’s importance cannot go understated. Before his arrival, Devin Booker had to be the team’s primary scorer, facilitator, and floor general as the team did not have a rostered point guard. No, I’m not kidding. Bringing in Rubio now sets up Booker to do what he does as good as anyone in this league: score.

Rubio has made a huge difference to Ayton as well. The pick and roll game between the two players has given Ayton a plethora of easy layup opportunities. As far as pass-first point guards go in the NBA, Rubio is about as good as you can find.

But the main difference for this year’s Suns team is belief. In past years, there has been little to no confidence from anyone in the NBA world that, when the Suns took the floor, they were going to win regardless of who they played. But this year’s team is different. With Oubre’s energy, the burgeoning stardom of the Booker/Ayton tandem, the rising profiles of Mikal Bridges and Cam Johnson, and a bench that plays with a relentless effort on both ends of the floor led by Jevon “The Bulldog” Carter, there is a feeling with this team that maybe they can succeed.

This Suns team has the ability to beat any team in the league.”

What “can” means depends on who you’re asking. Some people are looking at the playoffs. Some are thinking bigger, and it’s hard to blame them. The Suns are the only team at 3-0 in the Orlando Bubble with wins over the Mavericks and Clippers. This team also beat the Jazz, Spurs, Pelicans, Blazers, Celtics, Bucks, and Rockets all within this season. This Suns team has the ability to beat any team in the league.

But why should the Suns be the next NBA powerhouse, you ask? Culture. It’s nice to have a roster that can win games and a head coach that puts them in that position, but it means nothing without the right culture. While other teams may be better than the Suns on paper, the Suns’ culture is unmatched at the moment. This team believes they can beat anyone, at any moment, and fights like hell to do it. They are scrappy, young, and unafraid. Just ask Kawhi Leonard and Paul George.

After their 3-0 start to the bubble games and Devin Booker’s buzzerbeater to sink the Clippers, the league is finally taking notice of what the Suns are building. As this off-season approaches, it wouldn’t be surprising if free agents started noticing as well. With a newfound identity and the confidence to take on anybody, the Phoenix Suns are here to stay, and ready to make their name.