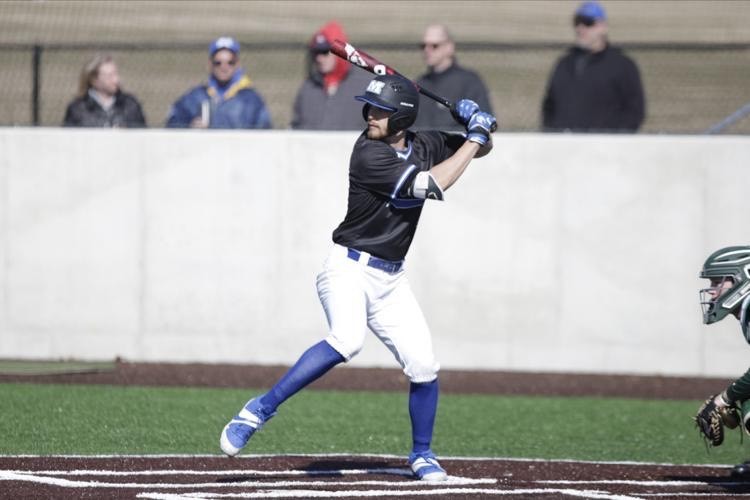 Coronavirus Takes Away Sports: What are Senior Athletes Thinking?

The 2020 Millikin baseball season was about to be a new start on the road to success. The previous season left players and fans in disappointment when construction of the new, on-campus field was delayed, finishing long after the season was over. The 2019 team then started off their season rocky but ended with a record of 23-20 overall and 14-10 in the CCIW Conference.

As always, returning players were ready for the next season, in hopes that the following season would be better than the last.

“It has been a couple of days since the news came down,” Kyle Kane, first baseman and senior at Millikin, said. “March 12, 2020, will be a date I will remember for the rest of my life. It still does not seem real. All the work my teammates and I have put in during the offseason seems useless now, no payoffs. I truly believe that this team would have developed into something extremely special by the end of the year.”

Kane is among the many athletes who will never play a college game again.

“When we received the news from Coach Townsend, my heart sank down to my stomach. We all sat in silence for a significant amount of time. It was as though someone had torn the hearts out of every single persons’ chest in that room,” Kane described.

Homecoming weekend served as a pre-season hype-up for Millikin baseball players, as The Workman Family Baseball Field was unveiled and finally ready for the men to play ball. All that was left was for baseball season to come around.

Finally, athletes were playing other games and the 2020 season was underway. Like last year, the season was off to a slow start. However, the men gained momentum, turning their record around, leaving them 4-5 overall.

The baseball season began to look promising. The men seemed to find the rhythm they were missing. We will never know how this season would have turned out.; if Millikin would have been a top contender in the CCIW Conference or would they struggle to keep their record above .500.

Hours before Millikin made the decision for all courses to be delivered online for the rest of the semester, the baseball team announced the cancellation of their season. The seriousness of the coronavirus became a reality in a short time for Millikin athletes.

As athletes grieve about their unfinished season, we look to the senior athletes who have had their last few times doing what they love taken away.

“With that being said, I certainly understand the circumstances,” Kane said. “As other programs around the country began canceling seasons, I soon realized that a premature ending to our season was inevitable. My heart goes out to all athletes affected. I hope that by canceling our seasons that we help in controlling the virus. If people live due to the season becoming shortened, I can live with that. I can live with knowing we had an impact in saving lives down the road. Millikin will always hold a special place in my heart. I cannot express enough gratitude for all those who have left an indelible mark on me during my time at this great university.”

We will never know what this season could have been for so many athletes. For those who had their last season end abruptly due to the coronavirus, your time as an athlete will not be forgotten.