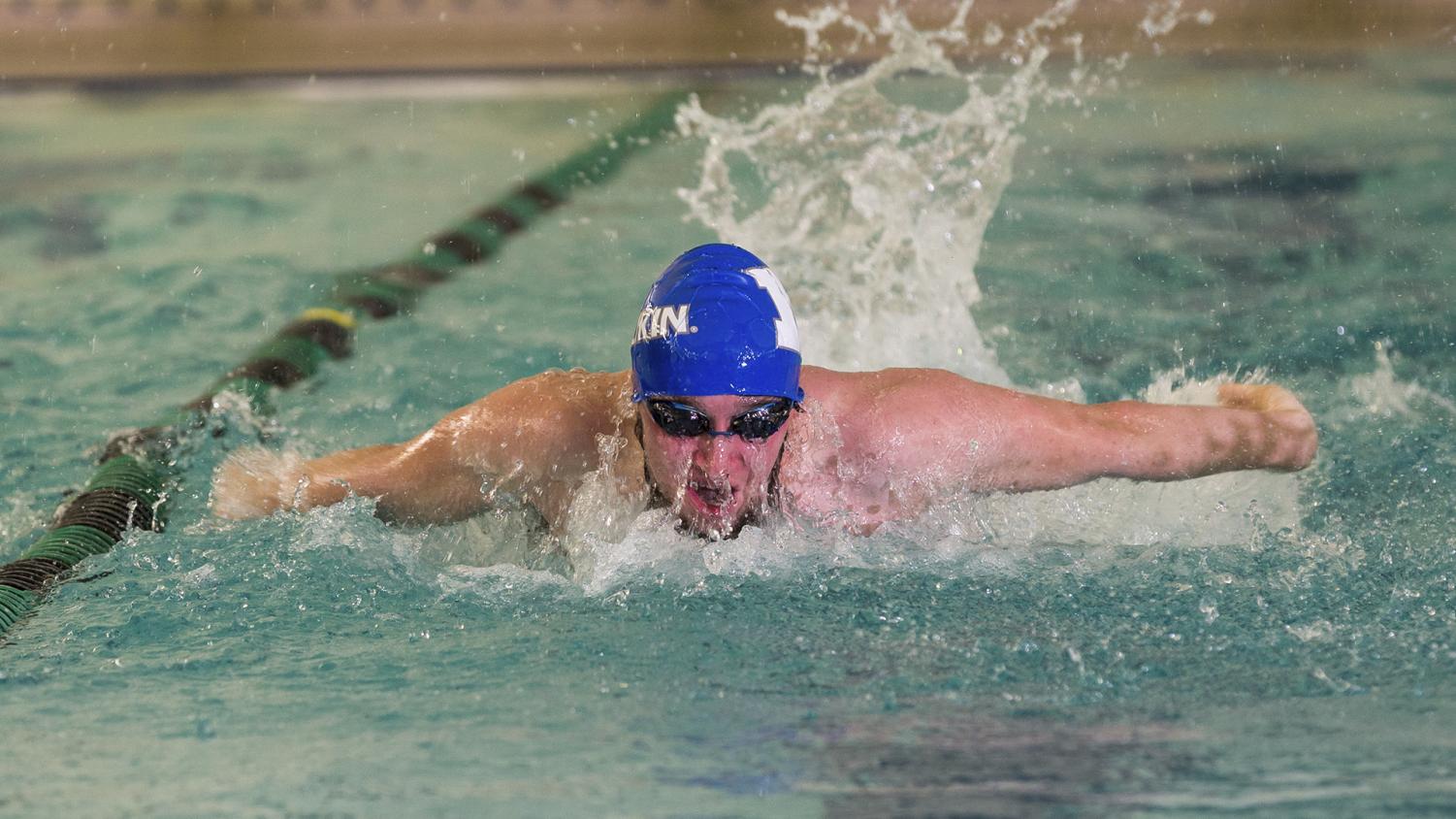 Swimming has been one of the most important parts of Nick Nemeth’s life for over 13 years. He started swimming when he was 6 and he has never stopped. He never plans to, either.

Nemeth’s swimming career began in his hometown of Bourbonnais, Illinois, with the Bradley-Bourbonnais swim club. His local team would play a crucial role in his development as a swimmer and a leader.

“That gave me experiences that I will accredit to that club for the rest of my life,” Nemeth said.

Nemeth not only swam for his local club, but he coached for them, too. He spent the later part of his high school years coaching both young swimmers and, often, swimmers his own age.

He would act as a composed and respectable coach for the children on the team while still showing them how fun swimming can be.

“It probably was good for college,” Nemeth said with a chuckle. “It was the experience of planning and multitasking.”

Saying that his days are still long and busy is an understatement.

A typical swimmer’s day begins by waking up, getting breakfast, and going to class. They spend most of the afternoon at the YMCA. They are in the pool from 2:30-4:00 p.m. Swimmers also have yoga on Mondays and dry land workouts from 5-5:45 p.m. on Wednesdays. Freshmen have study tables from 7-9 p.m. on Mondays and Thursdays.

He embraces all parts: the exhilarating, the mundane, and the painful.

“There have been many-a-time when I’ve turned to my teammate next to me and I will say the exact sentence of, ‘I hate every life decision that has led me up to this point,’ because everything just hurts,” Nemeth said, chuckling. “You are in constant pain and you can’t breathe…All of that is negated by the pure elation you feel when you hit a best time or, from coaching standards, when you watch your swimmer finally correct something you’ve been harping on them for weeks about. And then you watch them turn around and drop time in a race.”

Nemeth’s ability to stick it out is one of the reasons he has succeeded in academics, athletics, and as a paraprofessional. Nemeth is a sophomore Sports Management major, a swimmer, and an R.A. on the fourth floor of Aston Hall.

Nemeth has been a leader for over three years now. He would be the first one to say that it’s not easy.

“That can wear on you sometimes,” Nemeth said. “If you’re constantly giving yourself the short end of the stick to help other people, if you’re constantly taking the cutback, it can definitely wear on you. The key to that is to deal with that in your own way, to make sure you’re taking care of yourself. Whatever method of self-care that comes alive in you.”

Nemeth’s idea of self-care involves staying connected to his passion. He’s passionate about the sport.

“When I think about coaching swimming and swimming, it’s the passion that’s there and that’s what has driven me to this point,” Nemeth said. “You can’t look at a D3 athlete and say, ‘It’s the money that’s driven you.’ It’s not the money. I don’t get money for swimming.”

While Nemeth does not currently make any money for swimming here at Millikin, he hopes to one day coach swimming. Nemeth continues to coach his local club every time he goes home to Bourbonnais on winter and summer breaks.

He and the rest of the MU swim team will be going to conference from Feb. 20-22. Wish them luck!