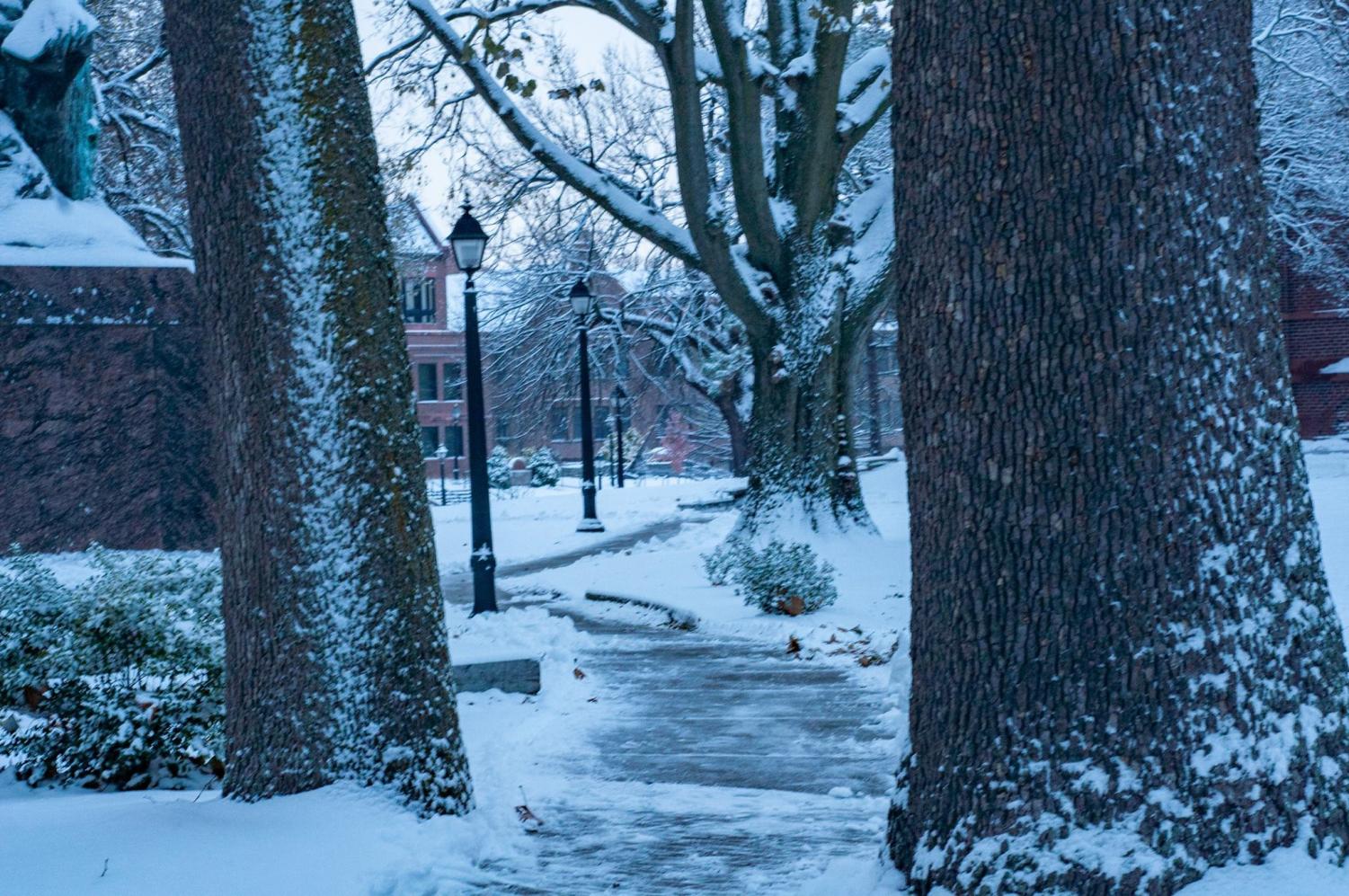 Chris Ballard, Millikin’s Director of Public Safety, sends out an email detailing simple safety tips on campus during winter weather every year. While this may seem silly to some, it is crucial to students who do not come from states that experience winter weather like Illinois.

Although Illinois is prone to winter weather, storms such as the one expected this week do not come every year.

“What I really want students to do is look at the storm plus 48 hours after,” Ballard said, “This one’s going to be pretty close to a 36-to-40 hour event.”

The storm will start on Tuesday night with rain, but as the temperatures drop it will become freezing rain. This will put a layer of ice beneath the incoming snow. As Tuesday transitions into Wednesday, the freezing rain will turn to snow.

“We’re going to see a bunch of snow, then it’s going to ease off just a little bit,” Ballard said. “And then a few hours later, we’re going to get a lot more snow.”

Ballard does not expect traveling to be considered routine until Sunday due to the low temperatures and the amount of snow that will need to be removed.

Ballard recommends that students have snacks and food in their living area in case they do get snowed in. For on-campus students, the main concern will not be the availability of food, as the dining hall will remain open. However, students are urged to take a look at their medications.

“If you take medicine, that is what I want you to look at,” Ballard said, “[Go], hey, do I need [to order more of] my medicine because I gotta get that today since I’m not going to have an opportunity to get that potentially when the storm starts.”

Ballard encourages everyone to evaluate the amount of necessities they have in stock today, so they don’t run out when they aren’t able to travel safely. Items such as toiletries, deodorant, and simple everyday items should be taken into consideration when preparing for this event.

“It’s always a good idea to fuel up your car and make sure your windshield wipers are in good shape and you’ve got your snow brush ready to go,” Ballard said.

Students are encouraged to bring their snow brushes inside with them Tuesday night before the snow starts to fall. If a student doesn’t own a snow brush or scraper, it is encouraged that they acquire one prior to the storm.

Ballard encourages students to grab their snow brushes from their vehicles tonight to avoid having to dig it out of their car when it is already covered in snow.

For commuters who might be traveling to campus or work in the storm, it is encouraged that they put some life saving items in their car.

“It’s always a good idea to have some high calorie snacks in there,” Ballard said.

Ballard prefers protein bars as they have expiration dates that last a long time, and they tend to hold up well physically as time goes on. “[Have] a couple of bottles of water, a blanket is critical, you’re not going to leave your car running,” he said.

If one does get stuck in a snowbank, they may not want to run their car at all times due to a variety of concerns.

“You don’t want to run out of fuel,” Ballard said. “If you’ve experienced a slide off in the snow, if the snow is packed in your exhaust, you could have a challenge.”

If your exhaust becomes clogged with snow or ice, the toxic fumes have nowhere to go and will recirculate into your car’s air system. This recirculation can cause carbon monoxide poisoning, which can be fatal.

To ensure an exhaust does not become blocked, you may need to routinely check the pipe and clear out any debris.

Ballard asks drivers to evaluate their situation based on their driving abilities and comfort.

“That’s where the individual safety decision comes in, if it’s not safe or you’re not comfortable, stay home, turn around, go back, do whatever you need to do,” Ballard said.

If a commuter student finds themselves unable to leave campus due to the weather, Public Safety and Student Affairs is set up to find them a safe space to stay.

“If we get into a situation where students are uncomfortable leaving campus, Student Affairs and Public Safety, we’ll do what they can to get you into a safe spot that doesn’t involve you driving in those conditions will get you to, we’ll set something up with a hotel or we’ll set something up on campus,” Ballard said.

While widespread power outages are not expected in our area, they are a concern in any major weather event.

“My bigger concern in a case like that are the capabilities of the woods,” Ballard said,  “Just because we have such a high number of people that are there, and they do not have generator support that I’m aware of.”

If The Woods would experience a power outage during the storm, students are asked to contact the Woods first as it may be a simple fix.

Millikin is prepared to provide emergency housing across campus that would have the support of backup generators.