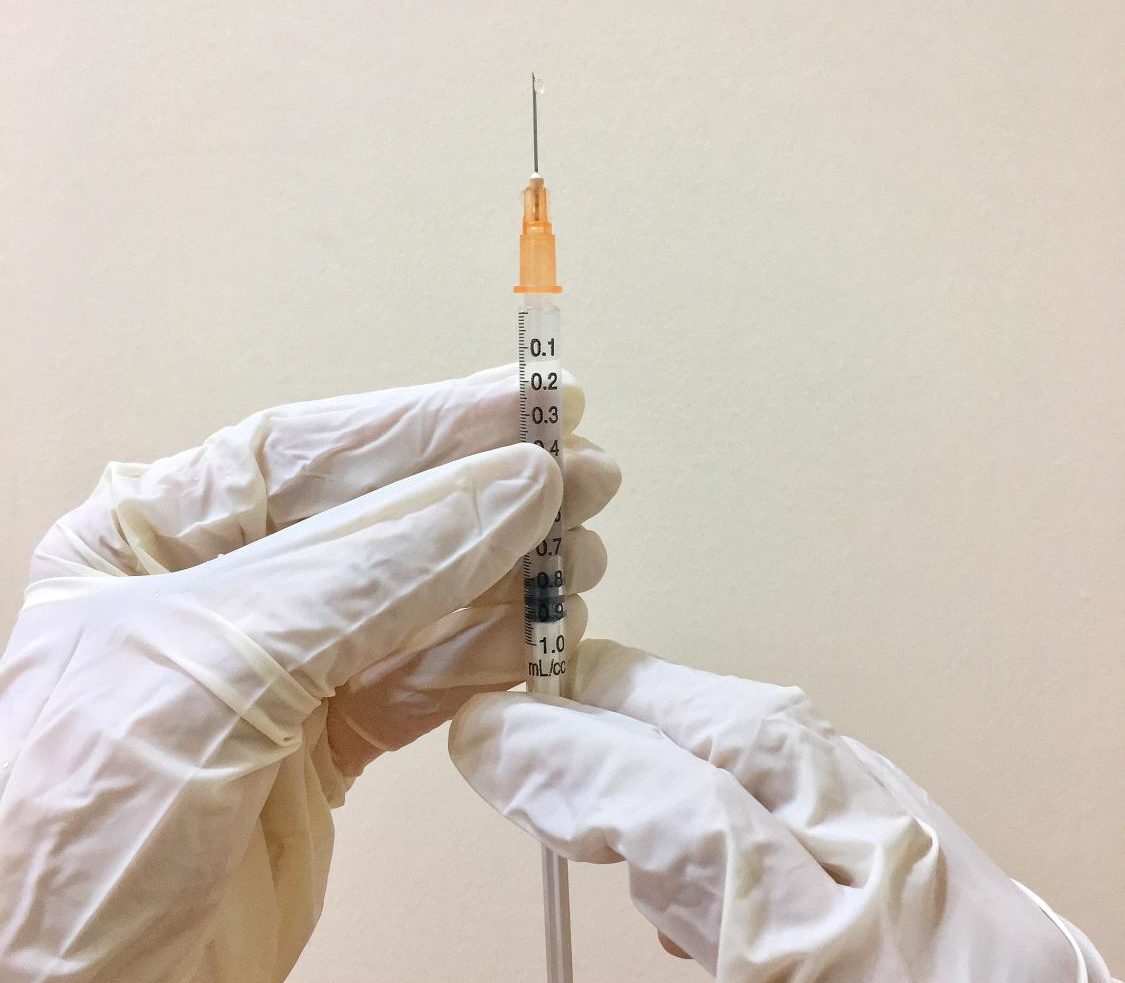 Chief Medical Officers of DMH and HSHS St. Mary’s discuss the first round of vaccinations

“We had to set up a process to sub-divide our physicians and our nurses and our staff into tiers based on their level of COVID exposure,” Dr. Ted Clark, the Chief Medical Officer at DMH, said. “So that’s everybody in the hospital, you know, that’s food service, custodial services, pastoral services, nurses, physicians, mid-level providers, technicians. So, everybody kind of went on this central list that we tiered just by how many COVID patients they came into contact.”

“The timeline is very, very short,” Dr. Ryan Jennings, the Chief Medical Officer at HSHS St. Mary’s hospital, said. “And unfortunately, it’s kind of a day-to-day because again, even the intended delivery time did not come through. And at some of our [HSHS] locations, the actual delivery date shifted a couple of days.”

HSHS receives deliveries of the vaccine from refrigerated trucks which start in Peoria, then are transferred to Champaign, which then come to Decatur. This multiple-location route delivery time initially caused a delay time of a few hours, causing a massive delay of a few hours. Hospitals, however, were able to reschedule many of those who were slotted to receive the vaccine.

The vaccination process for both hospitals relied on delivery time. Neither HSHS St. Mary’s nor DMH has refrigerators capable of reaching the -80 degree temperature needed for storing the Pfizer vaccines for long periods of time. Therefore, when they got off the truck, they needed to have a plan in place and ready to administer them.

“So when they [the vaccines] arrive at St. Mary’s, the clock on the five-day timeline is already starting,” Dr. Jennings said. “So, we have to be ready to distribute those vaccines basically immediately, over the next five days.”

The FDA set strict timelines for each step in the process, defining if a certain vaccination would be considered safe.

The FDA also set the specific dose number for each vial of the Pfizer vaccine to 5 doses in the first days of the vaccine’s approval.

This caused an interesting situation for healthcare workers at DMH.

“So, when we received the vials, our pharmacy got to work, reconstituting them for injection, and we were finding in these vials, they were supposed to be five-dose vials, and what we were finding when they were reconstituted, we were finding extra doses,” Dr. Clark said. “Sometimes a vial would have one dose, two doses, or even a third extra dose…On Wednesday night, we were in a position where we had additional doses of vaccine we were at risk of having to throw them away, which would have been a very ethically difficult situation.”

They were about to follow the FDA guidelines and dispose of the extra doses on Wednesday night when they received last-minute news.

“And right at that moment, we get a contact from one of our senior leaders in Springfield who had received direct confirmation from the FDA that we could use those,” Dr. Clark said. “And so they reversed it right there on the spot.”

The last-minute change made it possible for around 80 more people to receive the first dose of the vaccine at DMH.

The change came as a relief to many healthcare workers, especially since many regions are also reporting sharp declines in shipment numbers. However, Dr. Clark predicts that this will not cripple the first step of the campaign to vaccinate healthcare workers.

“We do anticipate that we’re going to continue to get weekly allotments and that we’re going certainly going to have sufficient vaccines to complete our hospital-based and local healthcare-based vaccinations both for the initial dose and the repeat dose…” Dr. Clark said. “I think when we start getting into supply issues when we start moving more toward that public rollout…That’s just a lot more people that you’re dealing with, frankly than just our hospital-based population. I don’t anticipate major supply issues for the hospital vaccination portion of this campaign, but the public rollout, I think is going to be more challenging in that regard.”

The bigger challenge, instead of having enough doses, is likely making sure peoples’ schedules align with the window of time to get the second dose.

“That affects logistics in a big way because you’ve got to corner personal and private schedules with plenty of schedules with the theoretical arrival time—which is not yet known,” Dr. Jennings said. “So even though we think it’ll be around day 21, there is a four-day window that they left.”

The recommended window for the second-dose is 17-21 days after the first. Immunity does not reach its peak until about three weeks after the second dose.

In the meantime, hospital precautions will remain relatively the same. Hospitals will be trying to stay as safe as possible even after most workers are vaccinated, too, because there is still a lot that is unknown about immunizing for the coronavirus.

“We don’t know how long it lasts, even, to be honest with you,” Dr. Clark said. “It could last a year, it could last three months…The second issue that has come up and you know, it stands to reason that if you’re fully-vaccinated and immune to the illness, you’re much, much, much less likely to carry or transmit the COVID-19 to someone else, but it’s not impossible.”

Still, the much-lower chance of transmissibility was an important component for many.

“The number-one reason that we saw healthcare workers step up and say that they wanted to get the vaccine is because they were very concerned they would catch the disease and take it home to their family,” Dr. Jennings said.

However, not all healthcare workers themselves were completely certain about the safety of the vaccine—at first.

“Probably the thing that folks worry about, because it’s this idea of being an RNA-type vaccine, novel technology is, you know, ‘Is thing going to do something to modify my DNA?’ You know, ‘Is it going to mess up my whole genome?’ Reality is, no. It doesn’t enter the nucleus at all, so there is no danger of doing anything to human cells,” Dr. Jennings said.

Dr. Jennings recommends referring to places like the CDC, the Illinois Department of Public Health, and the Pfizer manufacturer as a resource of factual information.

Distrust in the vaccine and misinformation is also another obstacle that hospitals and healthcare professionals are expecting to face in the coming months.

“I believe that, in some ways, a little bit of this early distrust will improve over time as people do well with the vaccine,” Dr. Clark said. “And, in a way, it’s going to help us prevent an early onset rush of people that are fighting over getting this vaccine. I think there’s a lot of people in this country that would like to be second or third in line for the vaccine, but they don’t necessarily want to be first. So, as they see people doing well with the vaccine, I think more people will come to the table and ultimately decide to be part of this.”

The next stage in the campaign to vaccinate the United States after healthcare workers is to vaccinate all of those over the age of 74.

Since last week, the FDA has also approved the Moderna vaccine. What this means is that the hospitals will likely be able to give both Pfizer and Moderna vaccines. However, the two cannot be used interchangeably.