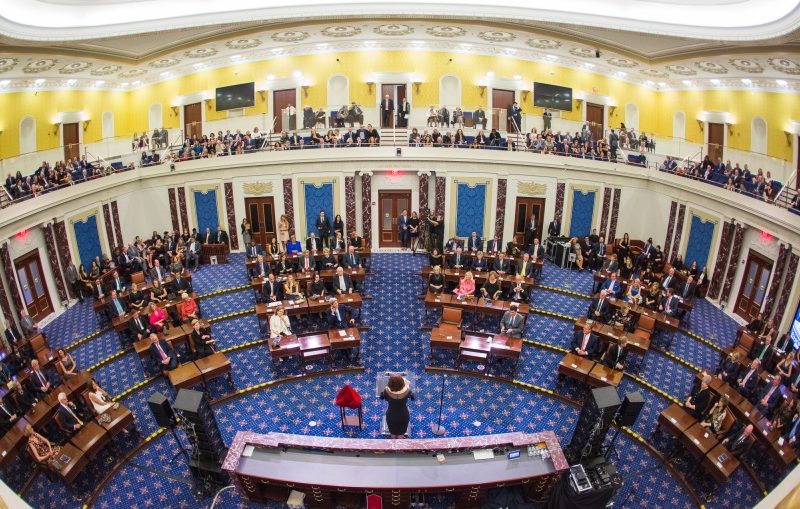 Who will control the Senate? It’s an important question, and the race is close. Democrats will hold 48 seats and Republicans will hold 49 as of 10:30 a.m. Central Time, Nov. 11.

The only other outstanding races are the two in Georgia. Already, this is a special occurrence. Usually, the terms of Senators are staggered so that no two Senate races are happening at the same time.

However, Sen. Kelly Loeffler (R) was appointed by Georgia Governor Brian Kemp in 2019 after Sen. Johnny Isakson resigned. As a result, the state had to hold a Special Election in order to determine who would serve the rest of Isakson’s term.

The timing of the special election just happened to coincide with the expiration of Sen. David Perdue’s (R) first term, forcing the state to hold two Senate elections.

There was also an extra factor complicating things: Doug Collins (R), a U.S. Representative from Georgia, decided to run in the general to replace Sen. Loeffler as well.

As the first round of election results began coming in, it became clear that Loeffler and Collins had split the vote, leading Democratic candidate Raphael Warnock to claim 32.9%. Doug Collins conceded the election by Wednesday, throwing all of his support behind Sen. Loeffler.  Sen. Perdue, on the other hand, managed to secure 49.7%, just shy of a majority.

But there was a catch: Georgia state law says that if no candidate earns more than 50% of votes in any given election, it must continue into a runoff. This means that, since no one reached a majority in either election, there will be two runoff elections on Jan. 5.

The results of these runoffs very well could determine which party has control of the Senate come January. Should both seats stay Red, the Republican Party would maintain their majority; should they turn Blue, however, the parties would tie, and Vice President-elect Kamala Harris would likely be called upon to break ties in the Senate on a regular basis.

Of course, the dynamic in the Senate isn’t divided as neatly as Red vs. Blue; Senators Joe Manchin and Kyrsten Sinema have routinely defected from their Democratic colleagues, as have Mitt Romney and Lisa Murkowski from other Republicans.

The Georgia runoffs stand as a crucial inflection point, which could determine the future of not only legislation, but of the Supreme Court, throughout the Joe Biden administration.

The deadline for Georgia voters to register to vote in the Jan. 5 runoff is Dec. 7. Absentee and mail-in ballots will begin to be mailed out on Nov. 18, and early voting begins Dec. 14.