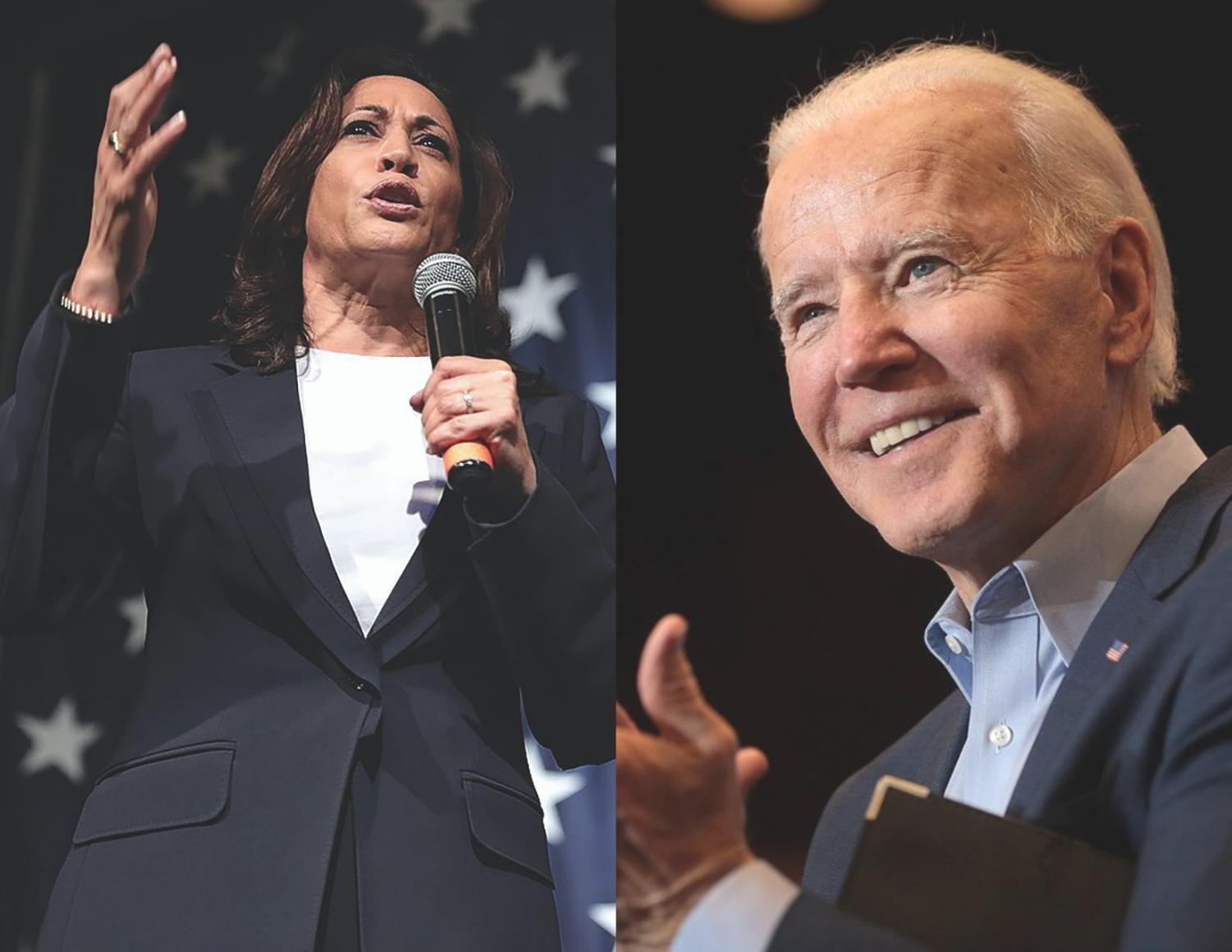 Joe Biden has won the 2020 presidential election, promising a new age of hope for millions. We spoke to several students to capture how they feel about the past four years, and the four years to come.

The 2016 election changed the lives and minds of a whole generation. The announcement of the 2020 results, for countless students, is just as impactful in a different way: It’s a much-needed victory after four years of struggle and worry.

“I did not realize how much I’ve been holding my breath, not just this week, but for the past four years,” Emma West, a Millikin student from Lexington, North Carolina, said. “I truly, I didn’t realize how much of my energy and my unconscious energy was spent thinking about, ‘Oh my god, what’s going to happen next? What’s the president going to tweet next? What are the other nations going to say about us?”

The presidency has also ushered in counter-efforts to combat racism—the most notable being the rise of the Black Lives Matter movement over the summer in response to the killings of George Floyd and Breonna Taylor.

West experienced some of these efforts in her hometown of Lexington, where the community rallied to remove a statue of a confederate general. Protests and events to register voters followed.

“It started with the statue and just kind of snowballed from there,” West said.

West, along with countless others, is happy with the outcome of the election.

“It’s just, it’s so comforting, especially as a young person who’s going to have to live in this world longer, and I’m now reaching the point where like, I can go and I can incite change and I can show up for things,” West said. “It feels like any action that I might do actually truly has a consequence. It actually can incite change.”

And young people are trying to change things all over the country. One Millikin student, Kamryn Harris, started efforts right here in the Decatur community and Millikin University. She hosted Black Lives Matter protests and drives to get people to the polls.

We were so glad, it felt like all the hard work that we’ve been doing really paid off.”

Harris considered race and division to be a major issue in this election because Donald Trump often received support from White supremacist groups. The news that Biden won made Harris and her roommate so excited they jumped around their television in celebration.

“We were so happy,” Harris said. “We were so glad, it felt like all the hard work that we’ve been doing really paid off.”

“We had to use protests and stuff just to get national attention just to make some change,” Harris said. “So, I’m hoping, you know, we don’t necessarily have to do that as much.”

This election brings immediate relief to many students—even the ones who cannot vote because they are not from the U.S. For Chris Barambona, a Management Information Systems student from Burundi, this election impacted him and students like him directly.

“Of course, if it had been Donald Trump, I mean, life would have continued, it would have been harder for us, especially as internationals,” Barambona said. “Especially because he did a lot of travel bans for us, especially students from Africa. And he also tried to do a lot of other [bans], which didn’t go his way—but he tried, which is something that didn’t help us a lot. It gives us anxiety.”

“At least, [with Biden] I don’t have anxiety,” Barambona said. “Nobody will have anxiety, like, checking every time what is happening. It will be cool, it will be chill. It’ll be boring, man. I love boring.”

Trump’s policies were concerning for international students before they even came to the United States because these policies have a global impact.

“I mean, I think anything that happens, either in the U.S.A. or in Russia, it has an impact on the whole country, or the whole world, you know?” Adéla Machovà, an exchange student from the Czech Republic, said. “So, even the economics, you could say, you know, it’s going to impact everything. That’s why I feel like the voting system or votes in America are so important for everyone, because it’s got this whole reach to the world.”

Machovà also watched the 2016 election, before she ever came to Millikin, and was disappointed to watch Trump beat Hillary Clinton. After that disappointment, she is excited to see Biden’s running mate, Kamala Harris, become the first female vice president.

“You know, also with Biden, it’s striking history with the vice president being a woman, which is, if you think about it, it’s crazy that it took that much time for a woman to be even vice president,” Machovà said. “But at least we are getting there. So maybe, in my lifetime, I will at least see one woman.”

The policies and the culture of the Trump election made life harder for international students, especially during the pandemic.

This was true for junior nursing major Sierra Barnette, who has worked as a CNA in Decatur Memorial Hospital since last November. Her main concern was about the coronavirus.

“Trump didn’t really have a set plan, I feel,” Barnette said. “And it’s been a year, almost, and we still have not contained COVID. And the plan was definitely one that I liked.”

Barnette was in the middle of the efforts to help coronavirus patients as soon as it reached the Decatur area. What bothered her was that the precautions changed daily because there was no national plan. She currently works at a COVID-19 ward.

“I also like [Biden’s] green plan to help with climate control and also global warming,” Barnette said. “I really like that. And just even, they believe more in science, and I feel like you can’t ignore science. It’s here. It helps with advancing our nation.”

Overall, she wants to see unity come from the next four years under Biden’s presidency. So does Akilah Ware, a junior criminal justice major.

“I just see so much division with everybody,” Ware said. “And for the past four years in office and…It kind of really upset me because I have a lot of friends that have different ethnicities and stuff like that.”

Ware hopes that Biden’s presidency will pull everyone together to see everyone’s views, and that Kamala Harris will also bring a woman’s point of view.

Today we celebrate, but tomorrow we work.”

Overall, there is positivity about the outcome of the election, but many students also feel disappointment and apprehensiveness for one reason: The margin of victory was too close.

“Yes, it feels as if, ‘Yes, Biden won,” but it was such a thin margin,” Lauryn Kenny, a junior English major, said. “It’s exciting and it is a celebration that Biden won. But there is still just so much to be done. It can seem a little overwhelming.”

The country still has the highest coronavirus case numbers in the world, and that’s only the beginning for countless students who are entering one of the worst economies since the Great Depression. Becoming the president during this time is a hard job.

After celebrating the election results, students are now focused on next steps and accountability.

“No presidential candidate is perfect, and it is our job as American people to hold our representatives  accountable,” Darcy Reimler, a sophomore Musical Theatre major, said. “Today we celebrate, but tomorrow we work. There is a lot of healing ahead of us, and the American people must come together to continue growing and getting better. We found ourselves taking some serious steps back the past few years, and now is the time to begin righting those wrongs.”

Millikin students hope that this takes a load off their shoulders, but many know struggle and worry is not over—and it will take a lot of work to prevent these hardships from returning in the future.

Trump will be president until January 21. He has threatened lawsuits against several of the states that decided the election.