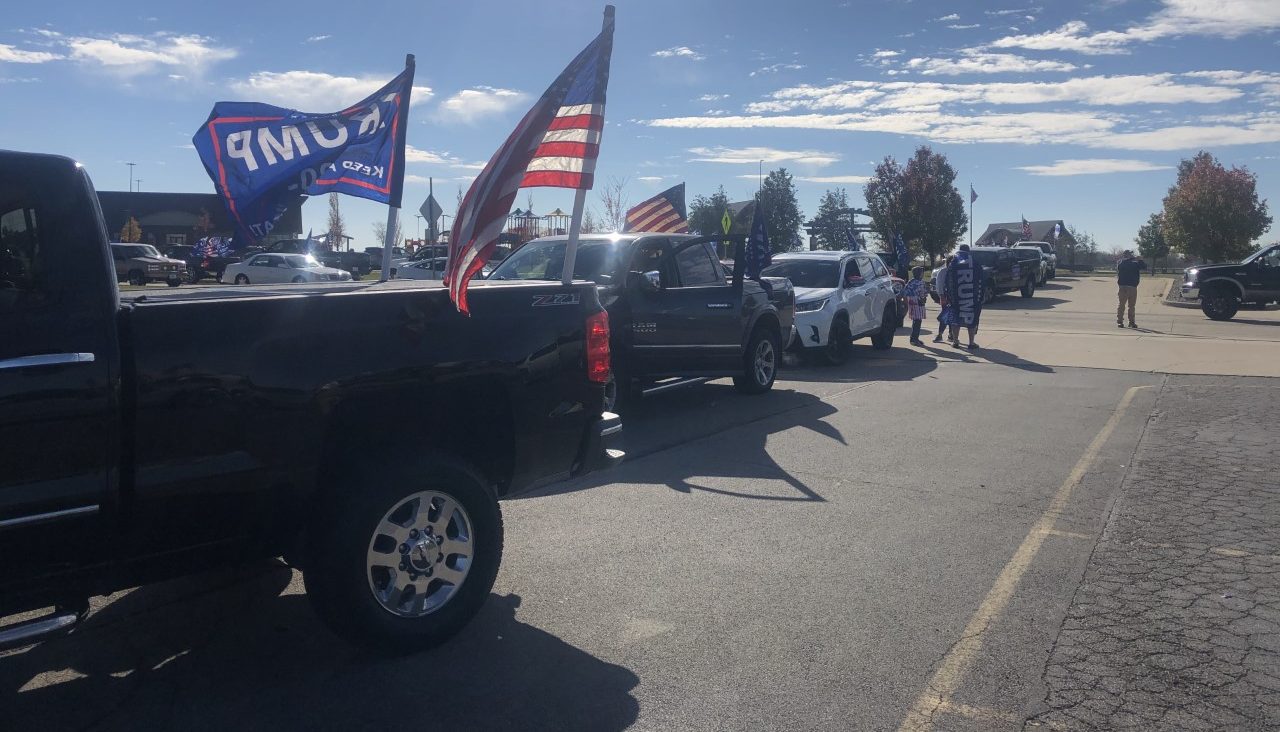 As the election nears, politics are at the front of every conversation. Here are some views from attendees of a popular Trump parade last Saturday.

On Oct. 31 at 10 a.m., 200-300 cars and trucks from the local area joined in a Donald Trump Flag Parade in the Decatur area. The parade, hosted by Macon County Republican Women, formed a line nearly six miles long.

Most of the attendees came from towns surrounding Decatur. They gathered in Fletcher Park in Mt. Zion (a town to the southeast of Decatur), drove through the center of Decatur, and ended at the Menards in Forsyth.

One of the most widespread reasons why people came to the rally was to practice their First Amendment rights.

“I just want everybody to know that no matter what side you’re on, everybody needs to go out and support who they believe is best for the country,” Matt Fraysure, a resident of Forsyth, Illinois, said before the parade. “Do and do and do what you got to do, you know? I mean, left and right. It doesn’t matter.”

Fraysure was attending the parade with a few friends. As a veteran, he cares especially about policies concerning the military.

“[Trump] believes in a strong military,” Fraysure said. “He’s actually, you know, taken action to bring some of that strength back that had previously been, you know, demolished, and that’s just kind of where I lie on that.”

This election feels important to many people, including Erin O’Malley, a resident of Forsyth, Illinois.

“I feel like this is the most important election that this country has seen in my lifetime,” O’Malley said before the parade started. “I mean, pardon my French, but everybody’s tired of all the political BS. You know, Trump is a people’s man, he’s here for the people. I’ve never seen someone so energetic that works so hard for these people. I mean, through this whole pandemic, he’s been out, you know, visiting with people doing these rallies, showing America that he’s here to support us, and that he’s here to help us and become the best. Well, we are the best country, but I mean, to keep us the best country in the world.”

“My view on COVID-19 is…There’s anywhere from 97-99% survival, right?” O’Malley said. “Like, my mother is high-risk. And she’s made the comment, ‘Hey, you know, the country needs to be open.’ The economy needs to be open. People need to get out and do stuff. But people with the underlying conditions to health risks, the older people, you know, they’re the ones that need to be careful, like my mom. She stays home. So I feel like we should be able to live, we should be able to live our lives and do the things that we need to do.”

National issues like the military and COVID-19 are Fraysure and O’Malley’s priority, but local issues are also on Fraysure’s mind. He is concerned with drug problems and shootings currently troubling Decatur, where Fraysure works.

“It’s almost like nobody knows what to do or where to go,” Fraysure said. “And it’s a stalemate and it’s kind of sad…I’d like to see the community kind of come together.”