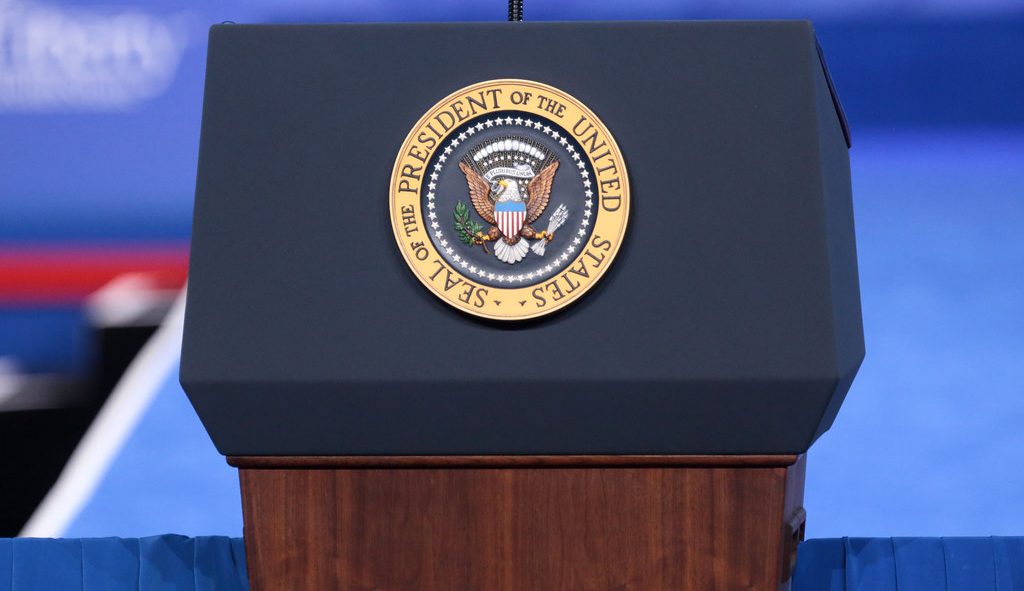 President Donald Trump strove to be straightforward–but didn’t give up his drive to criticize Biden hard and often. Biden came out with clear aspirations to appeal more to the left, making ambitious promises in climate change, healthcare, crime, and immigration policy.

Trump did not interrupt Biden as often. How much of this has to do with Trump’s tactics or the new mute buttons the Commission of Presidential Debates implemented is not clear.

The topics discussed followed a relatively similar script as the last debate. Many of the topics centered around the many facets of the coronavirus pandemic, election tampering from foreign powers, the supreme court, climate change, and police brutality.

Trump promised that there would be a safe vaccine by the end of the year and that the military would help distribute said vaccine.

Biden responded by saying that experts believe another 200,000 will die by the end of this year. He said he will impose a national mask-wearing mandate and come up with a comprehensive plan for opening businesses and schools safely.

Biden criticized Trump for his handling of the pandemic, bringing up how there has been no comprehensive plan to approach the virus.

Trump fell back on the defense he has used often in other debates and during the campaign: deflecting the blame to the Democrats who called him “xenophobic” for banning travel between China and the U.S. in January.

Both candidates supported helping small businesses in this pandemic, but grappled over how to help them best. Trump criticized Biden for supporting shutdowns and Biden argued that opening local economies needs to happen safely, with help from the federal government.

Turning our heads outside of the US, foreign influence proved to be a major talking point.

Many predicted Trump would question the former Vice President’s about his son, Hunter Biden, for his involvement in a Ukrainian Energy corporation. Biden did defend his son, saying he did not do anything unethical, and criticized Trump for not releasing his tax returns, therefore not showing if he had any foreign financial interests himself.

Both candidates accused the other of taking money from foreign powers such as China and Russia.

Biden pressured Trump to release his tax returns two different times during the debate, which is not uncharacteristic of Biden and has been a common tactic of his whole campaign.

Perhaps one of the most surprising moments of the debate was when Trump said he “prepaid” tens of millions of dollars in taxes.

Foreign influence came up in other ways, too: in the context of election tampering.

The State Department just released information regarding a few instances of election tampering in the form of menacing emails sent to voters or other forms.

Between the lines, we saw tensions between the executive and legislative branches were obstacles for both candidates.

President Trump answered the question of why he hasn’t been able to help struggling households by saying the Speaker of the House, Nancy Pelosi, will not let him pass relief bills. Biden responded by saying Mitch McConnell, the Republican Majority Leader, was also a roadblock for relief bills.

This argument follows months of Republicans and Democrats in the House and Senate locking horns over a relief bill.

Biden, on the other hand, explained Congress had a lot to do with the shortcoming of the Obama administration. He said the administration could not pass reform on racially discriminatory crime bills because they had a Republican congress. Trump responded by explaining that Biden needs to work with Republicans, citing how Trump needed to negotiate with Democrats.

Biden’s policies echo those of the Obama administration, even calling his version of healthcare “Bidencare.”

Biden’s new promise–and perhaps his most unique–was to invest in 50,000 highway charging stations for electric cars and to retrofit 2,000,000 homes and build 4,000,000 buildings to be more energy-efficient. He claimed this would bring $1 trillion more in growth than Trump’s plan.

Trump criticized his plan by saying we are already energy-independent, which is not a factual claim.

Viewers heard more campaign promises from Biden than the last debate. We also heard Trump explaining his actions over the past four years and criticizing Biden’s past politics.

Election day is less than 12 days away at the time of this publication, and these issues and more are on the ballot.