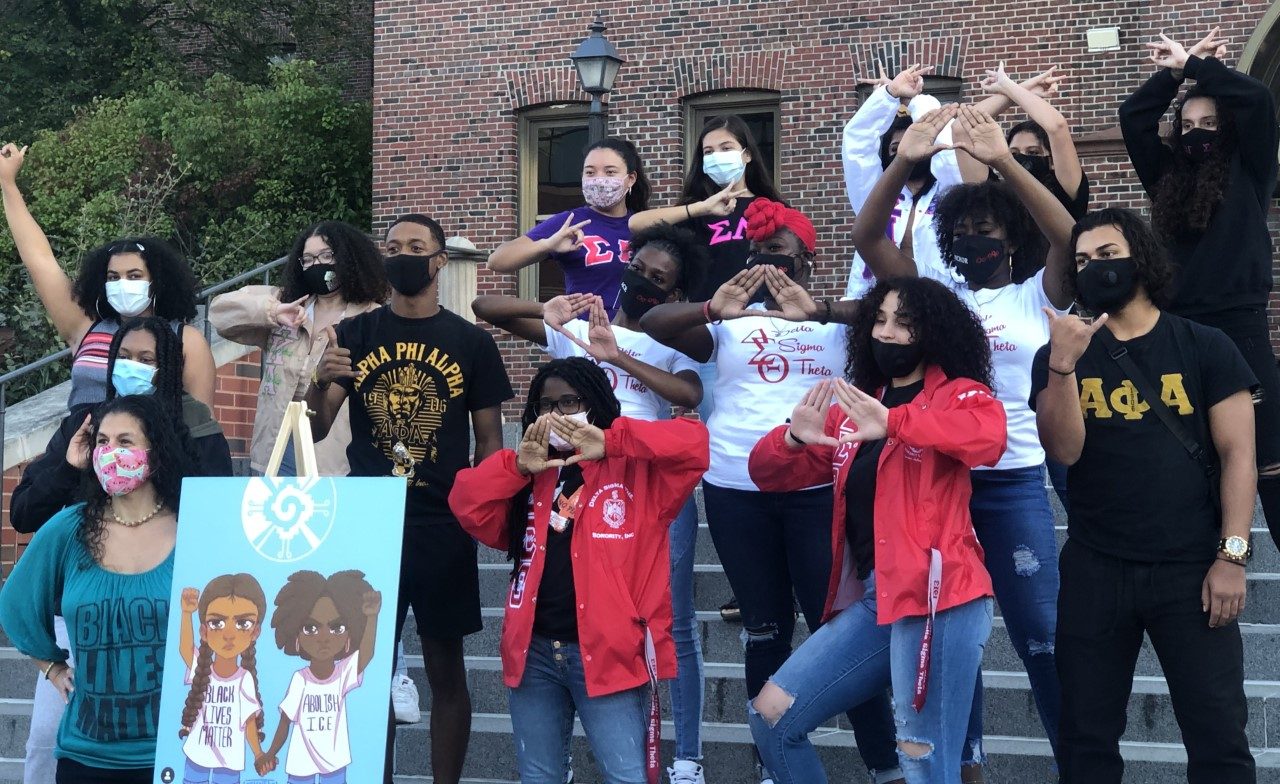 Scholar-Activist Heather Ana Hathaway Miranda jump-started the return of in-person events with an hour-long lecture that made people laugh and turn a critical eye on their own cultures at the same time. Thanks to Campus Life, students were able to gather on the Quad to listen to Hathaway Miranda in-person.

The lecture was about “Anti-Blackness in Latinx Culture.”

“A lot of people often see Black and Brown communities as almost against each other instead of uniting…” Eva Anthony, the president of Black Student Union, said. “It’s like either, ‘They’re the oppressed group,’ or ‘They’re the oppressed group,’ or ‘They’re against each other.’ We can unite as one because our history isn’t just, you know, the issues at hand right now.”

A key problem that came up was the concept of “Mejora la raza,” which means “Better the race,” in Spanish. It refers to the idea that women should marry lighter-skinned men in order to have children who have fairer skin instead of darker skin.

Hathaway Miranda told personal stories about how her family did not approve of her dating Black men when she was younger and how this is when she first started to see the racism of her own culture.

Hathaway Miranda spent much of the time showing how this is wrong and reinforcing that the relationship between African culture and Indigenous Latin American culture is beautiful.

African history and Indigenous Latin American history are linked through the transatlantic slave trade. She included visuals on posters she brought, and she had everyone view her Instagram page, where she posted several photos.

Hathaway Miranda mentioned several times in the lecture that there is no way to teach everything in an hour, so self-education is vital.

“‘Educate yourself’ was probably the strongest thing that she could have said near the end of this event,” Anthony said.

Ashley Estrada, the president of Latin American Student Organization, pushed for this topic to be discussed at Millikin because current issues and movements, especially the Black Lives Matter movement, show that the Black and Brown communities at Millikin should unite to form positive change.

“We can also stand up for them [the Black Community],” Estrada said.

Estrada also pushed to bring this conversation here so that Millikin can impact the conversations that Latinx students have with their families.

“It starts with us and it ends with us,” Estrada said. “I educated so many family members, so many friends. I had friends that came out and said, ‘Because you were calling out people and putting stuff out there on social media, I even had to have those awkward conversations with my parents.’”

Hathaway Miranda was going to be a speaker at MU Leads in the Spring semester of 2020, but could not come due to the coronavirus shutdown.

Anthony and others discovered Hathaway Miranda on social media and wanted her to speak at Millikin.

“Just her resume and everything she does–it was hard not to want her,” Anthony said. “All her awards, all her teaching–you know, being a professor and working on her PhD and maintaining a 4.0. She’s just amazing and everything, so, once we found her we didn’t want to let her go.”