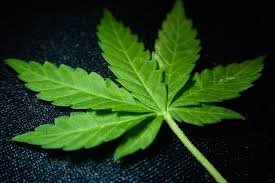 Health Corner: Being Safe When You Smoke

Weed, pot, chronic, blunts, bowls edibles – whatever you call it, however you enjoy it, there are things you need to know before next “shatterday.” This is not fear mongering “scared straight” type of information, just a different perspective on marijuana that needs to be known if you choose to partake, not only for your sake but your friends’ as well.

People assume that because marijuana is natural, it is harmless. Although there are medicinal benefits of marijuana, it’s not harmless. But it is legal, so you need to be an informed consumer.

Our bodies are just a big concoction of chemicals. To bring you back to your biology prereqs, anything you put in your body has a possibility of creating a chemical reaction by binding to certain cells. The cells that marijuana binds with cause some good feelings along with side effects on the heart, brain, and lungs that you could probably go without.

The side effects all depend on your genetic makeup. Studies have shown different thresholds of THC can cause psychosis or even schizophrenia in those with a genetic predisposition. And the effects on intelligence and memory can be permanent, so the “college pothead” phase might be a lasting part of your future. Unless you have a full genetic workup, you don’t know how it’s going to affect you until you do it…a risky game of Russian roulette with your brain, heart and lungs.

Synthetic marijuana, like K2, is exceptionally more dangerous due to the unpredictably high amounts of THC causing violent behavior, suicidal ideation and psychotic breaks. Are you really going to take something that can affect your brain from a gas station? Just go ahead and eat the sushi there too while you’re living dangerously.

Most of you are young healthy adults with no weird reactions to marijuana before, so why should you care? Because no one plans on being involved in a serious accident. Being high slows reaction time and causes clumsiness, which is primetime for serious injuries. If you are lucky, you eat a sandwich and take a nap. If you aren’t so lucky when you’re driving around (hopefully as a passenger) or walking in the crosswalk, then you go to the ER. Your medical team NEEDS to know what kind of chemicals are in your body.

Healthcare workers don’t care if you smoke up. You might think they are a judgmental crowd, but the RBF is probably because they haven’t had a bathroom break in a long time. They don’t care, they don’t report drug use to anyone (legal or not), and they are bound by strict privacy laws, which makes them perfect people to spill the tea to.

Marijuana stays in your system for a lengthy period of time, even when you don’t feel high. Marijuana affects the medicines needed for pain relief and, more seriously, the medicine you’re given if you need emergency surgery. Most likely in an emergency surgery, you’ll need a special type of medicine called anesthesia that will control your pain and make sure you don’t remember or feel the surgery. It’s a complicated process that can be severely altered by marijuana.

Wouldn’t you rather have a prepared team taking care of you instead of a reacting one?

The focus is on marijuana because of its recent legalization, but this message is for all fun things going on in the dorms, houses, and the Woods. Be honest with your health care team. And if you are accompanying a friend to the emergency room, SPEAK UP. Especially if they can’t speak for themselves. You could save their life.

If you choose to partake, be honest with your medical team about what you’re taking and how often. It could make a difference in a life-or-death situation.