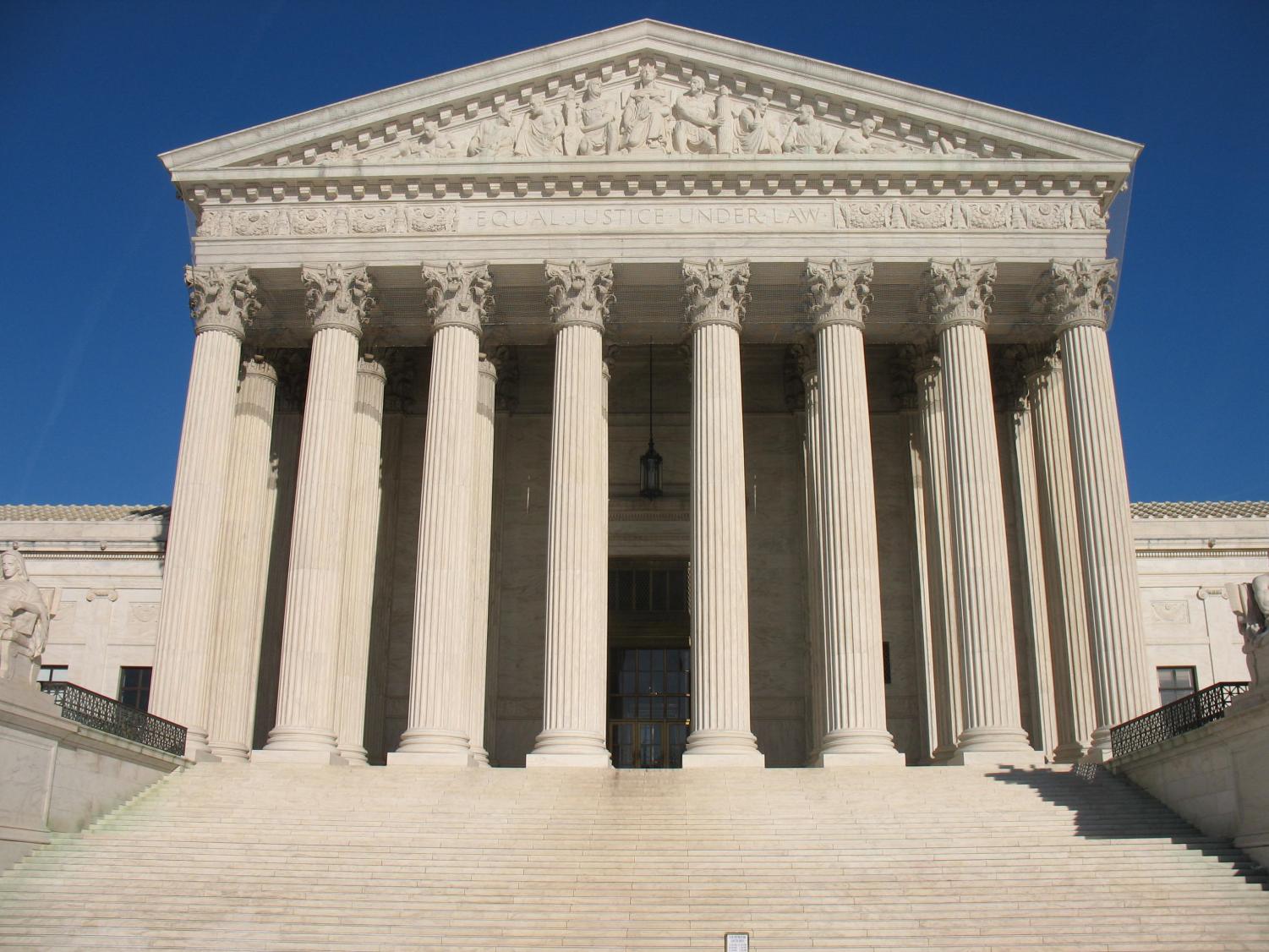 Ruth Bader Ginsburg died Friday night, leaving her seat open on the Supreme Court. Now the leaders of the Senate are debating how and when to fill her seat.

Many voters suspected this election would determine who replaced Justice Ruth Bader Ginsburg, whose health had been deteriorating. Now, what seemed like a concern for the election has jumped to the top of the agenda. Key Republicans, including President Donald Trump and Senate Majority Leader Mitch McConnell (R-Kentucky), are pushing to vote on Ginsburg’s replacement before Election Day–less than two months away.

Trump claimed this morning that Senate Republicans have an “obligation” to move forward with a replacement process, according to AP News.

Ginsburg’s dying wish was to be replaced after the election.

“But there is no doubt, let me be clear: that the voters should pick the President, the President should pick the justice for the Senate to consider,” Biden said in a statement about Ginsburg’s passing. “This was the position the Republican Senate took in 2016 when there were almost 10 months to go before the election. That’s the position the Senate must take today.”

“When Republicans held off Merrick Garland it was because nine months prior to the election was too close, we needed to let people decide,” Murkowski said in a statement in a CBS News article.

A quick vote would set a double standard. When Justice Antonin Scalia–who was Ginsburg’s close friend–died 9 months before the 2016 election, the Senate waited until after the election to appoint his replacement.

McConnell has not released a timeframe for the Senate to vote, but he likely will in the coming days.

It remains unclear who the actual nominee would be out of the 20 candidates Trump shortlisted about a week ago. Many of the candidates were state and federal judges, two were former solicitors general, and one was deputy assistant and deputy counsel to the President. Most surprising, however, was the fact that Trump was considering three sitting U.S. Senators for the position: Tom Cotton (R-Arkansas), Ted Cruz (R-Texas), and Josh Hawley (R-Missouri).

Hawley quickly made it clear he had no intention of serving on the Supreme Court, though he stated his support for filling the vacancy as quickly as possible. Cruz also stated that he didn’t want to join the court. Cotton, on the other hand, seemed to be willing to throw his hat in the ring.

Tom Cotton is a veteran from Iraq and Afghanistan who has served as U.S. Senator for Arkansas since 2014. During his time in the Senate, he helped remove the individual mandate of the Affordable Care Act, voted for and sponsored Veteran’s Affairs reforms, and worked to lower prescription drug prices.

Cotton opposes abortion, non-heterosexual marriage, and gun control legislation. He supports increased oil and gas production, I.C.E., and a death penalty for killing police officers. His foreign policy views include support for Jerusalem as Israel’s capital, opposing the Iran nuclear deal, and saying that the wars in Iraq and Afghanistan were “just and necessary.”

When Trump announced that Cotton, despite boasting no judicial experience, was on his Supreme Court shortlist, Cotton tweeted that “It’s time for Roe V. Wade to go,” signaling his intention to repeal the 1973 decision, which legalized abortion nationwide.

It’s still unknown how Cotton’s appointment would affect the U.S. senate race in Arkansas. If Cotton were to be confirmed to the Supreme Court, he would then resign from the Senate; however, Cotton is also actively running for reelection, with no Democratic opponent. If the Senate seat were to become vacant, it’s unclear exactly what the process would be for filling it.

States normally hold special elections to fill the vacancies in the Senate, and the winner serves the rest of the term. In this case, however, Cotton would resign less than two months before the general election, and well after the Arkansas GOP held their primary. More importantly, Cotton’s term will expire in January, meaning that whoever won a special election would potentially only serve for two months.

The most plausible outcome would be that Arkansas Governor Asa Hutchinson would appoint someone to serve as Acting Senator, and that person would then run as the GOP candidate in the general election. However, the filing deadline for this election was last November, so it’s unclear if said Acting Senator would even be eligible to run.

Almost none of Trump’s potential nominees are left of center and many are far-right. Several voices want to wait until the election to see if Biden wins so he can provide a different list for possible nominees. Biden, who presided over Ginsburg’s appointment hearing during the Clinton administration, would almost certainly create a list containing more liberals, which would replace Ginsburg with someone who shares similar views.

Ginsburg served on the Supreme court since 1993, making her the longest-serving woman on the Supreme Court. She stands as a political and cultural icon for her work with the Women’s Rights Project in the 1970s when she argued six cases before the supreme court–before she became a justice. As a justice, she took a hard liberal stance while still remaining a close colleague of more conservative justices.

If one of Trump’s shortlisted candidates is confirmed, the conservative-liberal ratio on the Supreme Court would become 6-3.