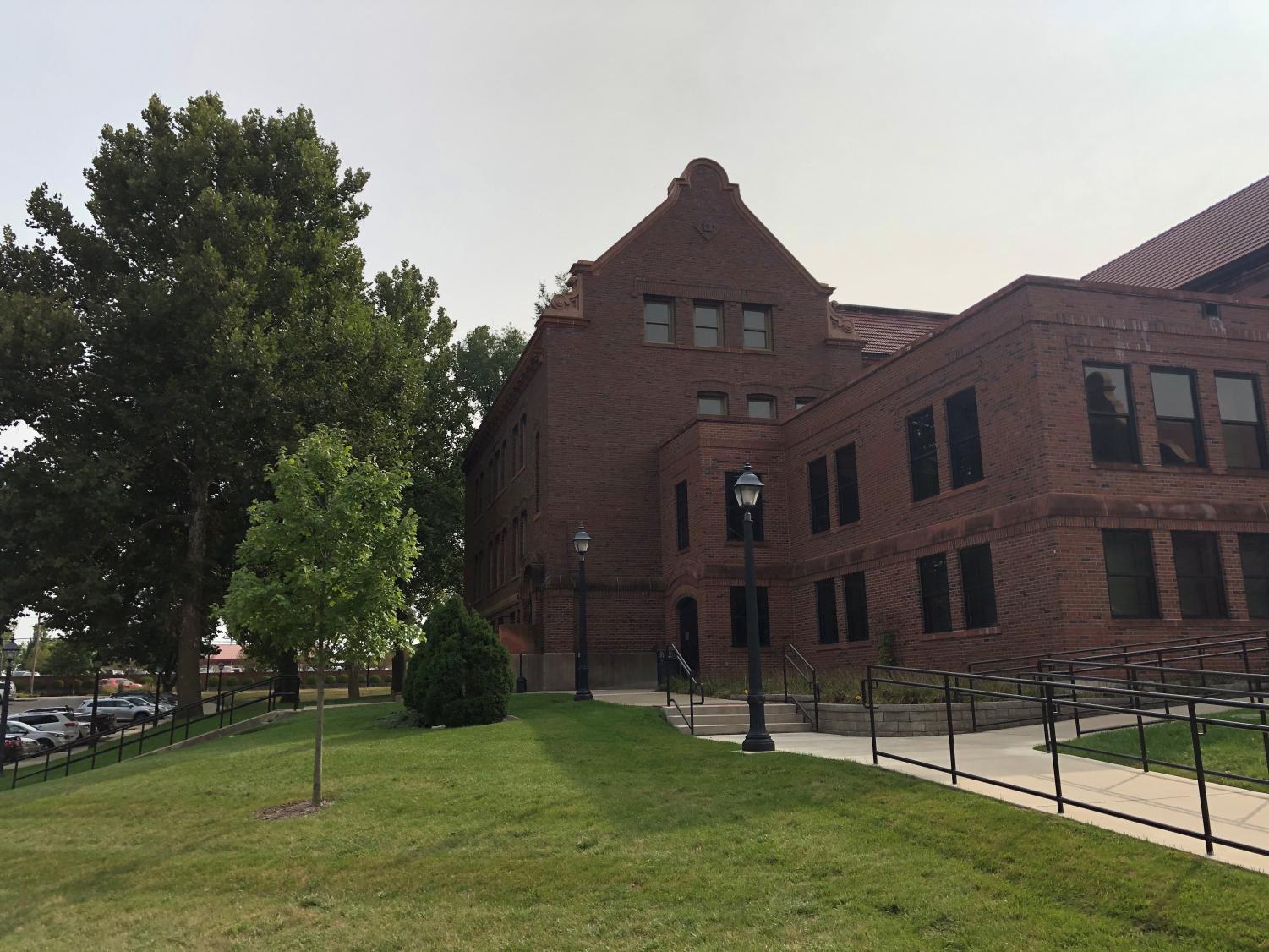 The forecast called for a sunny day all day on Sept. 14, but the afternoon quickly became overcast–not from regular clouds, but from smoke and ash from the West Coast Fires despite campus being nearly 2,000 miles away from the flames.

Not all students noticed, but those who did reflected on current national events, taking their day out of the Millibubble as they looked up into the sky.

“[Millikin] does seem isolated,” Adam Hayes, a senior MU student, said as he stood outside the UC. “We have that, you know, kids around campus talk about that ‘millibubble.’ It seems like everything going on outside Decatur, Illinois doesn’t really affect, you know, small little Millikin.”

The smoke from the fires is not expected to impact air quality too much because it is drifting high in the atmosphere, but will likely drop the temperature a few degrees throughout the week and hide the sun, though not all the light.

“That makes me wonder what kind of impact the volcanic eruption looked like in Pompeii, you know?” Rachel Diaz, an MU junior, said. “Like, it’s just fire. It’s just a land fire compared to a literal volcanic eruption, but besides that, ash can still spread in the air so far.”

Diaz has seen the impact of a wildfire before, and much closer. She used to work at an Italian restaurant in Oklahoma. One day when she got off work, she saw that the entire sky was red-orange because of a wildfire burning far away–almost on the other side of the state.

Then she saw how devastating the fire was to the land when she went with her grandmother to the area where the wildfire raged.

“It’s very disheartening to know that our government is not doing anything to provide aid,” Diaz said. “With this, and with a lot of natural disasters lately, like with the land hurricane in Iowa.”

Diaz has family in Iowa, too, as well as a few other places in pockets of the U.S. impacted by natural disasters

More students, when seeing the sky, are reminded that natural disasters are getting more common, and pile on top of other issues like coronavirus, mass unemployment, and racial tensions.

“It does worry me because it seems like there’s no, like, the world isn’t really catching a break, right now,” Hayes said. “You know, it’s been one thing after another since the beginning of 2020. Yeah. But I think, you know, it’s making people resilient, though.”

One view is that this year is making people resilient, and another view is that people don’t worry about things as much as they have been in the past.

“I think what a lot of people remember about 9/11 is the number of volunteers, firefighters, and just, like, regular people that came together and immediately dropped everything they were doing and just went to New York City and helped clean up,” Briana Stephens Quintenz, the Director for the Center for International Education and someone who grew up in the Decatur area, said. “There was so much support. I haven’t seen as much of this outpouring of support. Or maybe it’s just, like, not posted everywhere.”

Stephens Quintenz thinks that people are overwhelmed by all that is happening.

“I don’t think it’s necessarily an indifference as much as just overwhelming,” Stephens Quintenz said. “Because, right now, I mean, when 9/11 happened, there was nothing else on the news. There was no social media, there was no ability. Like, you couldn’t change the channel on you TV and see anything except for the Twin Towers falling over and over and over again…And so whenever you talk about serious issues and that need to be addressed, like the forest fires, there’s all these other things in peoples’ mind, like the protests, the pandemic, maybe they lost their job, maybe they’re trying to do virtual learning. So I don’t think it’s like, necessarily indifference, but what has changed is the amount of information that’s getting constantly thrown at you.”

As of today, approximately 3.5 million acres of land have been burned in California, 1 million in Oregon, and 500,000 in Washington. Gusty, dry winds are still causing red alerts around the state for risky fires, and many are still raging.