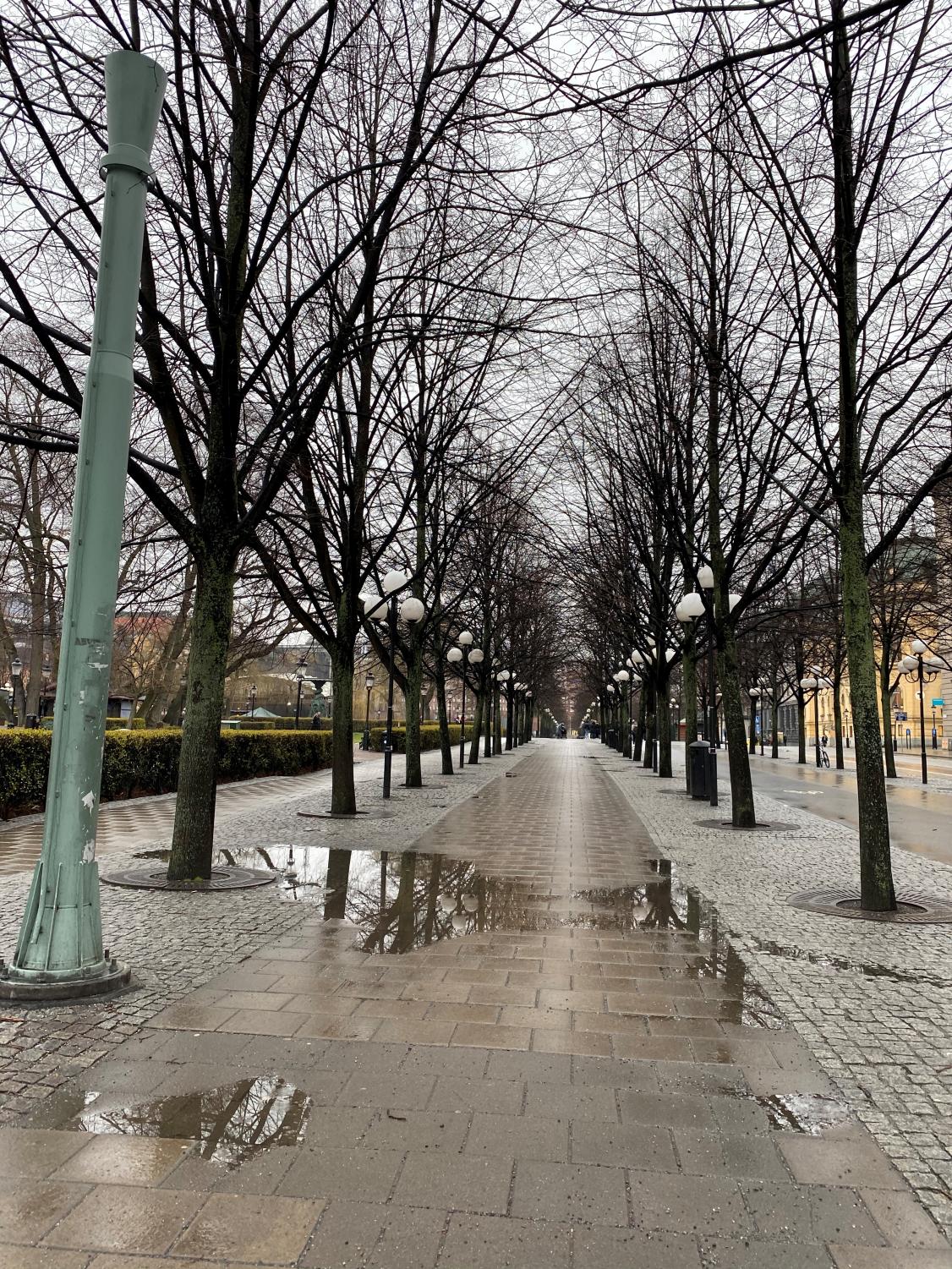 Earth May be Closed, But We Will Get By.

No one expected how Coronavirus would shape our world, especially not us.

An immersion to Scandinavia, to explore four countries of Denmark, Norway, Sweden, and Finland, turned into a chaotic search for safety as fifteen members of Millikin’s community rushed to evacuate and stay calm through the alarm and disarray.

At 3 a.m. Oslo time, Millikin Associate Professor of Education and Chair of African American Studies Minor, Dr. Ngozi Onuora, or known to students as “Dr. O,” received a phone call from the Center of International Education at Millikin University that told her everyone needed to be out of Oslo as soon as possible.

Dr. Onuora broke the news to the students in a matter-of-fact manner a few hours after receiving that phone call. She did not wish to induce panic or upset anyone.

Dr. Onuora and Associate English Professor Dr. Anne Matthews made the necessary arrangements for an emergency flight out of Oslo.

“And that was being decided without sleep, without coffee, without breakfast,” Dr. Matthews said. “That’s how fast things were moving.”

The professors gave us a list of vital skills important for a trip like this. “Problem-solving” was at the top, and that’s what everyone learned from this crisis.

A few of us rose to the occasion, taking on the biggest challenge: finding our way home. One of the masterminds behind getting our flight home was Miranda Rueff, a Junior Chemistry major.

“So, I came back up here because it seemed like everyone was kind of like [in] disarray of the situation, so I decided to be proactive about it,” Rueff said.

After consulting Dr. Onuora about what app she used for finding flights, Rueff looked up flights to Indianapolis, St.  Louis, and Chicago. Dr. Matthews and Dr. Onuora later reconvened with Rueff and her roommate, Marissa Martinez, to find the best solution to the problem.

A quick look in Skyscanner produced options in five minutes.

“We did that, and I couldn’t understand why a company that has several people at their disposal to look this up could only find a flight for six of us,” Dr. Onuora said. “When we were then able as you know to get out all fifteen of us.”

Another issue might’ve been the company was heavily taxed already that they forgot to say anything. That cost us several hours of waiting in uncertainty.

As the dust settled the group faced an interesting question, what will happen when they arrive home?

There’s no clear answer because of everything that is going on with the United States and surrounding countries.

Norway and Denmark are both closed down, Italy already closed down, and now even Millikin is switching gears all because of the Coronavirus.

One thing that has constantly been brought up is, “We are all in this together.”

It’s something that means a lot even if it is a “cliche” because this truly is all of us having to work together to get through what is becoming the biggest cause of frustration for everyone.

It was a lot to take in at once, however, once other countries started having this issue, Senior Taylor Isaia, knew it would become an issue eventually.

“You can see what happens when a figure of authority creates almost mass hysteria which is why we have no toilet paper [in America], and everybody starts freaking out,” Isaia said. “I kind of knew something was going to happen, I knew he was going to say something. I didn’t think it would be so soon as quick turnaround time for us having to leave.”

But all things considered, in the midst of uncertainty, students stepped up to the plate in full realization of the situation’s gravity. This trip has been a trip of plan B’s and C’s, all including narrow escapes from troublesome situations while maintaining level-headedness and flexibility.