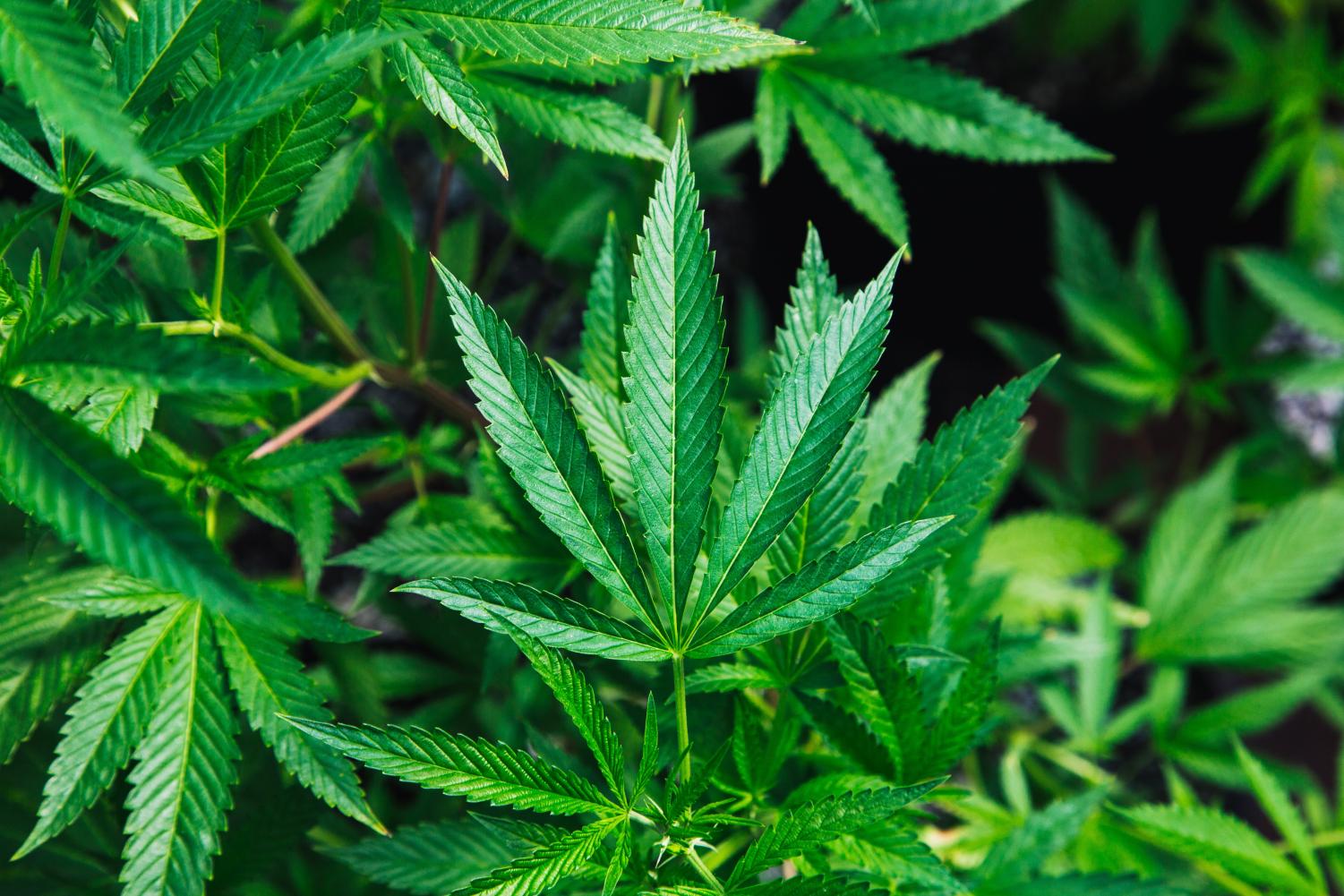 Legalized: What Legalized Recreational Cannabis Means for the Decatur Area and for Millikin’s Campus

The State of Illinois officially legalized the possession of recreational cannabis on Jan. 1, 2020. As wonderful as this sounds, does it truly mean that weed is legal? Or worth it? Plenty of restrictions sit in the way of purchasing and possessing recreational cannabis. Prices are through-the-roof, too.

Individuals that are 21 and older are able to purchase legalized recreational cannabis. Illinois residents are able to possess up to 30 grams or about an ounce, the restrictions set in place are just the beginning.

The legal limit for cannabis concentrate is five grams and the limit for cannabis-infused products such as edibles is 500 milligrams of THC: the chemical that gets users high. Non-Illinoisans will find themselves reduced to half of all of the amounts described and listed above.

The State has implored the diligence of initiating several off-limits locations and has decreased the public’s ability to legally and recreationally smoke cannabis.

If the State legalizes the drug, then they ultimately have the ability to restrict it as much as possible, right?

The State of Illinois holds the power to determine where recreational pot is prohibited or allowed in public settings.

Officer Chris Ballard, the head of Millikin’s Public Safety, said that other states have suffered from two problems when legalizing recreational cannabis.

“One [problem] is the public health issue with toxicity…and the other big thing that’s affected Public Safety has been traffic accidents,” Ballard said.

Only time will truly tell if Millikin’s campus and the City of Decatur will be heavily affected by these two constant problems that other states such as Colorado and Washington have dealt with since legalizing the drug.

On a more local scale, though, cities and towns in the state of Illinois possess the ability to allow the sale of cannabis to occur within their jurisdiction.

Thus, Decatur finds itself in a hole.

The Decatur City Council held a special meeting on September 30, 2019, where the council voted 6-1 to oppose having a cannabis dispensary in the city. Dr. David Horn, a biology professor at Millikin and member of the City Council, was the lone vote on the dissenting side of the argument.

The City Council also voted 4-3 to prohibit cultivation centers in the Decatur area, and Horn found himself on the dissenting side again. This meant that the City of Decatur would not allow for the legalized sale, creation, and transportation of cannabis in its jurisdiction.

The Council also voted 4-3 to oppose the ability to smoke cannabis in “smoke shops” throughout the city.

Horn presents an open-minded yet well-contested idea as to why the city of Decatur should ultimately consider the sale of recreational cannabis and why dispensaries would help the city flourish.

“The City Council has made some decisions that prohibit the sale of cannabis, its use in the one limited place that the public could use, and to disallow cannabis-related businesses from being in Decatur,” Horn said.

Horn doesn’t necessarily question the actions of the City Council, but rather urges there to be a hesitation towards the outcome and expectation of the city.

In the past, Horn was weary of ever legalizing cannabis. But once the legalization occurred in the state, he became interested. In fact, he started to assume that there may be negative effects of the legalization of cannabis, but wondered what effects would be worse if it was sold in Decatur.

Horn brings up a point on the matter of cannabis and its limitations when inhaled or ingested. The “high” that occurs during one’s intake of cannabis limits that individual’s ability to roam the world. Is Decatur benefited or hurt from the opposition of allowing dispensaries and cultivation centers?

The ability for revenue in a city that desperately needs it should be obvious. Horn points out the indicative factors that ultimately led him to his dissenting decision.

“In a declining population, new sources of revenue are important, and it makes benefits to having a dispensary in Decatur from the revenue that we collected and from the sales of the product,” Horn said.

Horn went on to mention possibilities as to how this revenue could be used.

Downtown Decatur is filled with empty and foreclosed buildings that are crying out for rejuvenation. Legalized cannabis has the ability to rejuvenate several worn down buildings. It even creates the possibility for an influx of jobs in an area with an unemployment rate that is consistently higher than the national and state averages. Population could even rise instead of decline if cannabis was legalized and the placement of cultivation centers were allowed.

The City of Decatur has the potential to grow in more ways than one, but the City Council’s lack of understanding and possible ignorance on the matter has the city clinging tightly to what’s left.

If what’s been said up above hasn’t hurt enough, then the price of legalized pot should do the job. Consumers laugh at the high prices and find themselves returning to their original destinations for purchasing the drug. The sales tax of recreational cannabis is through the roof.

This not only hurts the public of the State of Illinois, but it hurts college students who fall under the legal category as well.

In fact, possibly the largest crowd of supposed recreational cannabis sales would presumed to be young adults at the age of 21 or somewhat older. How does the State of Illinois lose the majority of their “supposed” highest sales holders? Or rather, how does Illinois simply not attract any of these individuals with the proper qualifications?

Again, the price finds itself being one of the biggest reasons as to why college students are refraining from purchasing legalized cannabis from legal dispensaries.

Many students on Millikin’s campus have debated the prices and are astonished by how much a few grams costs–let alone an entire ounce.

Students have responded with “a loyalty [that resides with their original dealer] some people feel with it [cannabis].” The same student compared a dealer to a mechanic, saying “people trust their mechanic and their work so they continue to go to them.”

“All I know is that college students are broke,” another student said. “So they’re going to go anywhere that they can to get the cheapest option.” This student understands the illegalities of the drug and supports its state when education purposes arise on campus.

Most Millikin students are fairly accepting of the legalization of cannabis.

“The legalization of recreational marijuana was a big step to take [and] a step in the right direction to make considering how many people have suffered ill consequences due to it,” one student said.

This student also voiced their support for pardoning people with past offenses. They also praised the overall openness of the consumer’s habits and use in the Decatur area and college environment.

“[The use of cannabis] has been integrated a lot more into casual life,” the student said. “It’s no longer a fun, secret activity.”

For some individuals, cannabis no longer is perceived as this private and enjoyable state, but as more of a “normalcy.”

One student commented that it’s almost as if “people have forgotten that cannabis was illegal for a long time.”

Since cannabis feels so common now, does Millikin’s campus perceive the drug as a threat?

According to Ballard, the campus doesn’t foresee a problem with the drug. Public Safety is simply complying with federal law and best practices.

Further, Millikin’s campus doesn’t deem the legalization to be a problem because “85% of [Millikin’s] students don’t even meet the definition as established in the statute.”

Millikin’s campus has been clear in its efforts to combat the use of legalized marijuana. Millikin has to adhere to federal laws in order to continue to be a federally funded institution.

“[Millikin] is heavily dependent on federal funding in the form of Title IV funds,” Ballard said.

Ballard indicated that, by accepting financial aid at any institution, one has to comply with the federal drug-free acts and a lot of other federal laws.

Millikin’s campus doesn’t perceive legalized recreational cannabis as a threat and they shouldn’t. The students have continued to live their lives and do what they came here to do.

Rather, the State of Illinois may want to declare deeper laws into its legalized bill.

But the largest threat lies in the City of Decatur.

A student went as far to say that “the City of Decatur [is] not working or integrating with what the locals want.”