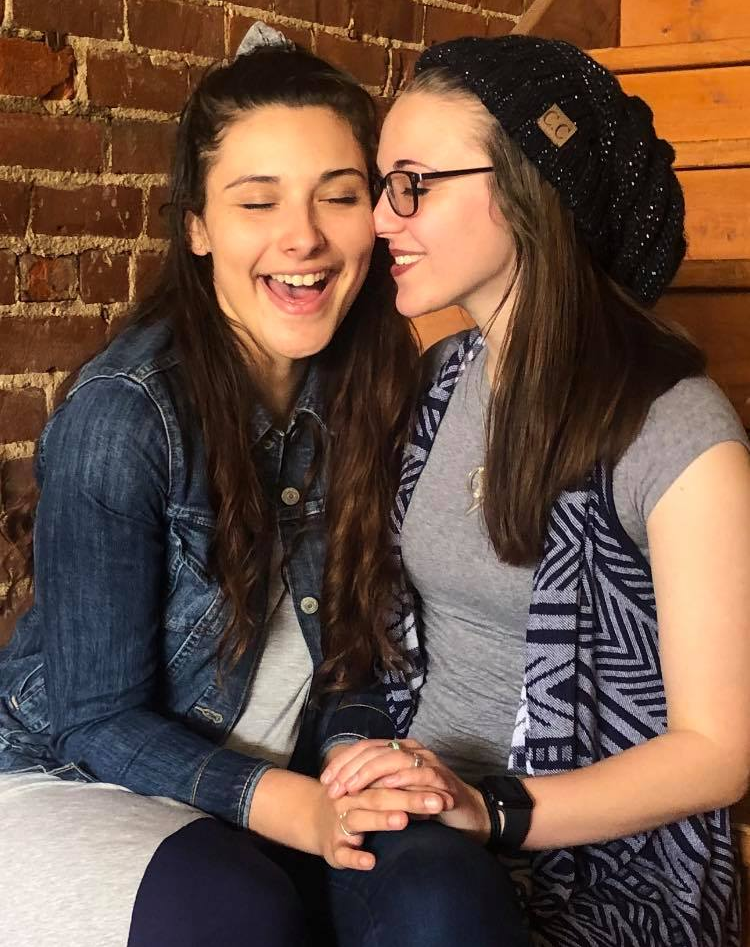 Katie Czajkowski and Marielle Tepe: together they form one of Millikin’s most adorable couples. They also have a YouTube channel.

Czajkowski wanted a YouTube Channel for the longest time. She would binge-watch family and challenge videos and her favorite channels varied from time to time.

“I always knew I personally wanted to have one eventually when I have the time to devote myself to actually filming and editing and planning and stuff,” Czajkowski said. “I like how it’s very personalized it is down to who I like to follow based on who I watch.”

Then she met Tepe and fell in love. She knew she wanted someone to share the experience with.

Czajkowski would keep asking Tepe about starting a channel together, but little did she know, Tepe was way ahead of her.

“I knew she liked YouTube a lot, so I wanted [the channel] to be more of a surprise,” Tepe said.

Tepe would sound like she’s always on the fence to get the materials in time for Czajkowski’s birthday, which included a microphone and a recording base for a phone.

The rest, as they say, is history. Mar surprised Kat with a YouTube channel, Kat’s lifelong dream.

They’ve been throwing a few ideas around since then. They have done challenge videos based on popular trends on YT and social media. They’ve brought the audience with them on adventures.

They’ve also considered doing a face-off in a game of Battleship.

What they aspire to do is make some music together. They notice other YT couples showcasing their families and lives surrounding them, but they don’t notice them making music together. While they’re still trying to work out the logistics of everything (if they want instruments, who will sing/play what, etc.), they hope music would help their channel stand out.

“We’ve been lenient about what we’re posting just because of time, and you know, lives are busy,” Czajkowski said.

As for Binx, their cat, she makes cameos every so often, but she doesn’t plan to be a star. If anything, she’s more curious about what the camera is rather than being a YouTuber.

“She boops on the lense every once in a while,” Tepe said.

Tepe’s personal favorite is their “Chapstick Challenge.” It was the most fun video they worked on so far. She loves their couple dynamic in the video, and it has the most views to date.

Czajkowski’s personal picks are her “21st birthday vlog,” and her Arizona vid. She appreciates the work and memories that went into making them.

They currently have 155 subscribers, and most of them are friends and family.

“It’s a lot of fun,” Tepe said. “If people do know us, then they get to know us on a more exciting level behind the scenes.”

“I find it interesting to watch how people live together and how they go through life together,” Czajkowski said. “Not like all our vids are like a sitcom, but sometimes you get the silly, weird and normal moments captured on film.”

Their content also provides a window to each of their worlds. Czajkowski opened up about her food sensitivity in one video (Kat’s Not-So-Dark Secret), and Tepe mentioned her coming out story in another one (“My Coming Out Story”). Both videos got a lot of views. It’s a sign that they’re serving an example for someone to look up to.

And those efforts didn’t go unnoticed.

About nine months after starting out, they got a special message from one of their heroes. Paige and Holly gave them a cameo shoutout. Not only that, but they also requested a direct message from them, so they could subscribe to their channel.