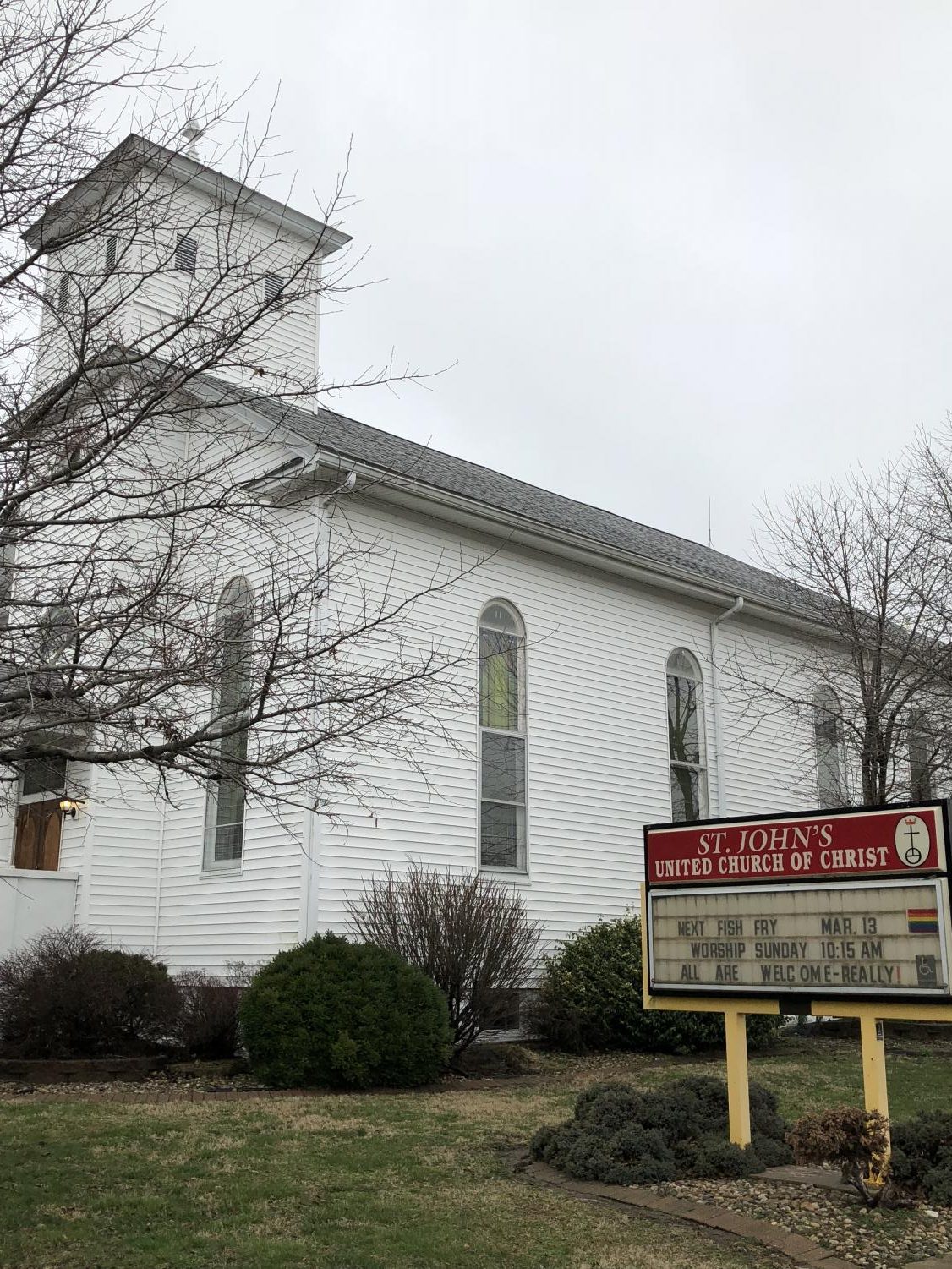 The Question of Religion in LGBTQ+ Rights

Traditionally, Christianity has considered same-sex attraction to be sinful. A lot of LGBTQ+ people question their Christian beliefs and worry about their soul as they try to figure out who they are.

But just as our cultural views of sexuality have changed, so have our religious views. Religious leaders are grappling with whether scripture regarding homosexuality and same-sex marriage should be reinterpreted.

“When it comes right down to it, you love people the way Jesus loved people, and you ignore the political questions,” Dr. Timothy Kovalcik, a Millikin history and political science professor, said. “You love the people in front of you regardless of who they are and what they’re doing, regardless of what you think about it. That’s the ultimate underlying principle.”

Kovalcik serves as the Scholar-in-Residence at Decatur’s Westminster Presbyterian Church. Kovalcik’s church has not made an official statement on their views of homosexuality. The congregation sees it as a “political time bomb” and “distraction.”

But he acknowledges that a lot of people have questions about religion and sexuality.

“I would say what unfortunately could be a religious issue has turned into a political issue, and you can find people on both sides,” Kovalcik said. “I think scripture is fairly clear and church history is very clear that homosexuality has been treated as a sin. The question becomes, at what point in time do you reinterpret those passages of scripture?”

He points out that this is a relatively new issue in the church, and he understands the reluctance to discard traditional teachings. But although he is a self-proclaimed traditionalist, Kovalcik believes that some reinterpretation of scripture is necessary.

“I’m very much a traditionalist, and there’s been 2000 years of history of the church saying one thing, and I have a hard time throwing out those 2000 years of tradition and history just because one generation has suddenly decided that they want to do this,” Kovalcik said. “But at the same time, I think there’s plenty of scriptural evidence that suggests that we probably need to reinterpret this.”

Reverend Laurie Crelly feels similarly. She serves St. John’s United Church of Christ in Brighton, Illinois, and she points out that we have reinterpreted scripture in the past.

“Good biblical scholarship takes into account the cultural context and social setting of the writing in an attempt to understand, as best we can, the writer’s intent so that any modern interpretation for today’s culture can maintain the writer’s intent,” Crelly said. “Even with that being said, this does not mean we deem the text as culturally relevant today – such as the dozens of verses that could be used to support slavery, corporal punishment, or arranged marriages.”

Crelly remembers grappling with her identity as a teenager and how difficult it was to come to terms with her sexuality and religious beliefs.

“I attended a conservative evangelical Pentecostal church in my teens where I received and believed an anti-gay message that is commonly taught in many evangelical churches,” Crelly said. “They taught that being gay is incompatible with Christian faith. LGBT people were often used as the prime example of sinful people in sermons and were targeted for evangelism in the church’s outreach.”

Crelly believed that gayness was shameful, and she participated in protests against the pride parade in her town. She underwent reparative therapy to try to suppress her same-sex attraction, but her feelings never changed.

Self-acceptance was difficult enough, but she also struggled to find acceptance in the church.

“When I came out, I lost nearly every friend and support system that 20 years in the Pentecostal/Assemblies of God traditions created for me,” Crelly said.

Today, Crelly’s church is Open and Affirming, which is a movement in the United Church of Christ to support LGBTQ+ members. Crelly and her wife also host a monthly support group for LGBTQ+ teenagers, which serves as a space for teens to make friends and talk about their experiences. Crelly tries to answer questions and offer guidance and support.

“My advice is always one of love and support of the person as a cherished Child of God,” Crelly said. “My primary concern is for their personal well-being, both spiritually and emotionally. Isolation, shame and rejection are big struggles in the LGBT community because of the many anti-gay voices out there. I have helped several kids avoid suicide or other forms of self-harm by being an out, supportive, spiritual figure in their lives. It is part of my spiritual calling as a minister.”

While there are more supports for LGBTQ+ Christians than ever before, many people still struggle to reconcile their sexuality with their Christian beliefs. Both Crelly and Kovalcik field questions about spirituality and same-sex attraction.
“I think the number one question I get is, ‘Am I gonna go to Hell?’ And the answer I give is always no,” Kovalcik said. “I don’t see anything in scripture that says just because you’re homosexual means you’re going to Hell. Now there is the question of whether it’s a sin or not, but that doesn’t necessarily mean you’re going to Hell.”

When a member of his congregation comes to Kovalcik with these questions, he talks through their feelings with them. He believes that anyone can have a close relationship with Christ, and he encourages them to focus on that relationship to understand why they’re worried about going to Hell in the first place.

“I counsel them to go back to the core and go back to the question of, what does your relationship with God look like?” Kovalcik said. “And it’s up to you to decide what God is telling you…And then your answers become a little bit more clear. But I do not ever suggest that you should feel guilty just because you read somewhere in the church or someone in the church has told you that you should feel guilty because of this. And I don’t see that in scripture at all.”

Crelly feels similarly. She remembers her journey and, as a minister herself, works to be supportive to those who come to her.

“I would rather err on the side of grace encouraging people to seek a relationship with God, than cast judgment that drives someone from hope and love,” Crelly said. “I will always choose to proclaim God’s unconditional love and abundant, unmerited grace over judgmental condemnation. Why should anyone be scared into serving God? I serve God and am a Christian because I have tasted the loving goodness of God for myself.”