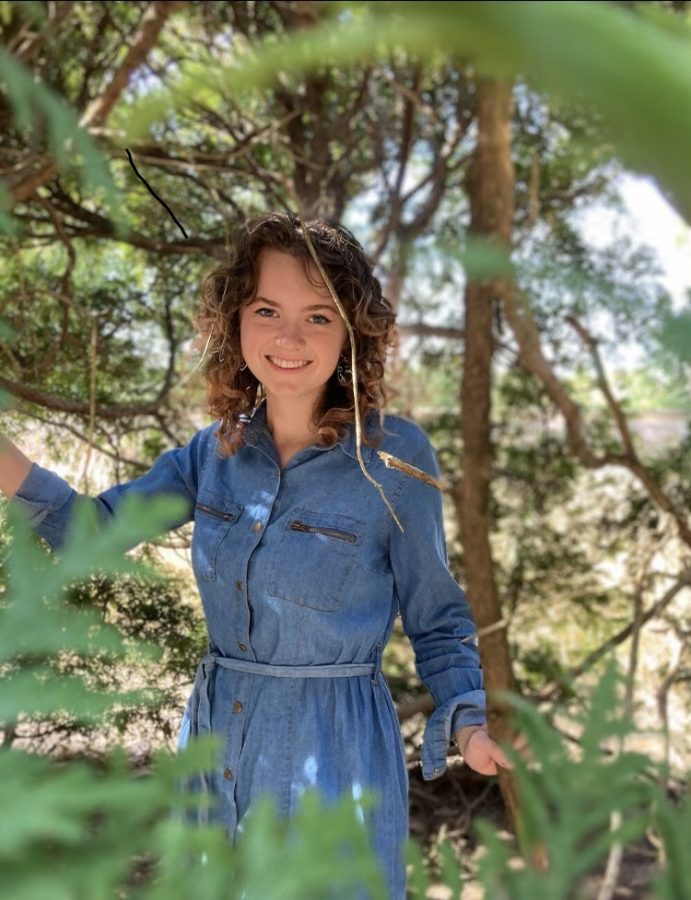 When it comes to influential voices on Millikin’s campus, few compare to the distinct voice of Sydney Sinks. Sinks, a graduating English Writing major has fearlessly worked for her past four years to bring to light the injustices, the misinformation, and the severe realities of college campuses and the Millikin community as a journalist.

For Sinks, writing has always been her passion and her goal. She arrived her freshman year with her writing concentration in creative writing, which Sinks has described as her first love, but quickly learned there is so much more to get involved in in the English department at Millikin.

“You could do literature [at Millikin],” Sinks said. “You could do writing with different concentrations. You could kind of just explore a little bit. Which I was really thankful for.”

It didn’t take long for Sinks to establish herself in the many facets of writing at Millikin. On day one, Sinks found her way to the Dec and has been paving the way for the paper ever since.

In high school, Sinks wrote and edited for a newsletter that came out monthly. She knew getting involved in the campus newspaper was something she wanted to do right off the bat. Luckily, Sinks ran into a Decaturian writer, Athena Pajer, on her first day of campus as she was doing a Q&A panel with other English majors.

“So I cornered her afterwards and was like, ‘Hey, it’s nice to meet you. Love your earrings.’” Sinks recalls. “I do remember liking her earrings. I was like, ‘Quick question.’” And from then on, Sinks wrote for the Dec.

Despite her poised, more reserved demeanor, Sinks has a clear voice that has earned her respect both within her publications and amongst the entire Millikin and Decatur community. This voice calls out fallacies in the administration (both Millikin’s and our country’s), lends a hand to LGBTQ+ and BLM movements, and advocates for victims of sexual assault (SA) while informing readers on necessary information regarding SA.

The topic of SA, and specifically SA on college campuses and Millikin’s campus, has been something Sinks is often known to write about. This subject, which is incredibly sensitive and difficult to write about, has a deeper connection with Sinks which has inspired her to speak out, or write out, about it.

“My freshman year, I knew someone who had been assaulted. And so with that it was obviously really bothering him and really bothering the people around him, including me, that nothing was being done about it… When you hear things like that you can’t stop thinking about it,” Sinks explained.

Since her very first article on SA, Sinks has worked furiously to address legislation, campus policies, and to serve as an ally and mouthpiece for SA victims.

“I started working on pieces then about what was happening in that situation. And then from there, it spurred something where I realized that journalistic motto, ‘Comfort the afflicted. Afflict the comfortable.’ That seemed all of a sudden what journalism should be: helping people.”

Here lies the heart of why Sinks is a writer.

“I’m not a doctor, I’m not a lawyer, where I can do one-on-one, actually tangible things to help, but what I can do is write… If I can do anything, it’s listen to your story and be honored that you’re trusting me to say all of this stuff to.”

A goal that clearly has been achieved by Sinks through her work with SA awareness advocacy, her communication between campus faculty and the students of this University, and her candor in everything she writes. In fact, on a article by Sinks posted just last week, “Financial Stringency: 51 Positions Open or Eliminated,” one commentator wrote, “Hats off to Sydney and the Dec for doing a detailed, thorough treatment of such an important issue, especially after finals—and it looks like scooping the Herald-Review. Nice work with a tough story.” Her work and her help has not gone unnoticed.

“When I was a freshman, if I saw what I was doing now, I would feel like I had failed somehow because I don’t have a 4.0 GPA and I have messed up some things,” Sinks admitted. “And I like the fact that four years later I can look back at that person and be like, ‘That was so unreasonable. No, you didn’t fail anything. You’ve actually fought really hard to be here and you’ve done a good job at that.’ I’m proud of that personal growth and how along that line I’ve found my voice in the meantime to speak up for myself and for other people. To be more willing to wear both my emotions and my opinions on my chest.”

All of this has led Sinks to where she is today. Ready to take on the world as a writer and pursue what she came to Millikin to achieve.

“The whole point of coming to Millikin and studying English was I wanted to write and that’s always been the goal. To be able to write in some capacity, so that’s the goal going forward. I would love to get involved in journalism or magazine journalism following especially my time in the Dec and in BURST. Those experiences have completely molded both who I am and my career.”

While some students wavered and even drowned throughout their time at Millikin, Sydney Sinks’ voice, drive, and passion has remained entirely unsinkable. This is something I have seen firsthand as Sydney’s peer, colleague, and friend. The mark she has left on this campus is not soon to be forgotten. The Dec, Millikin, and I will miss your voice so much.