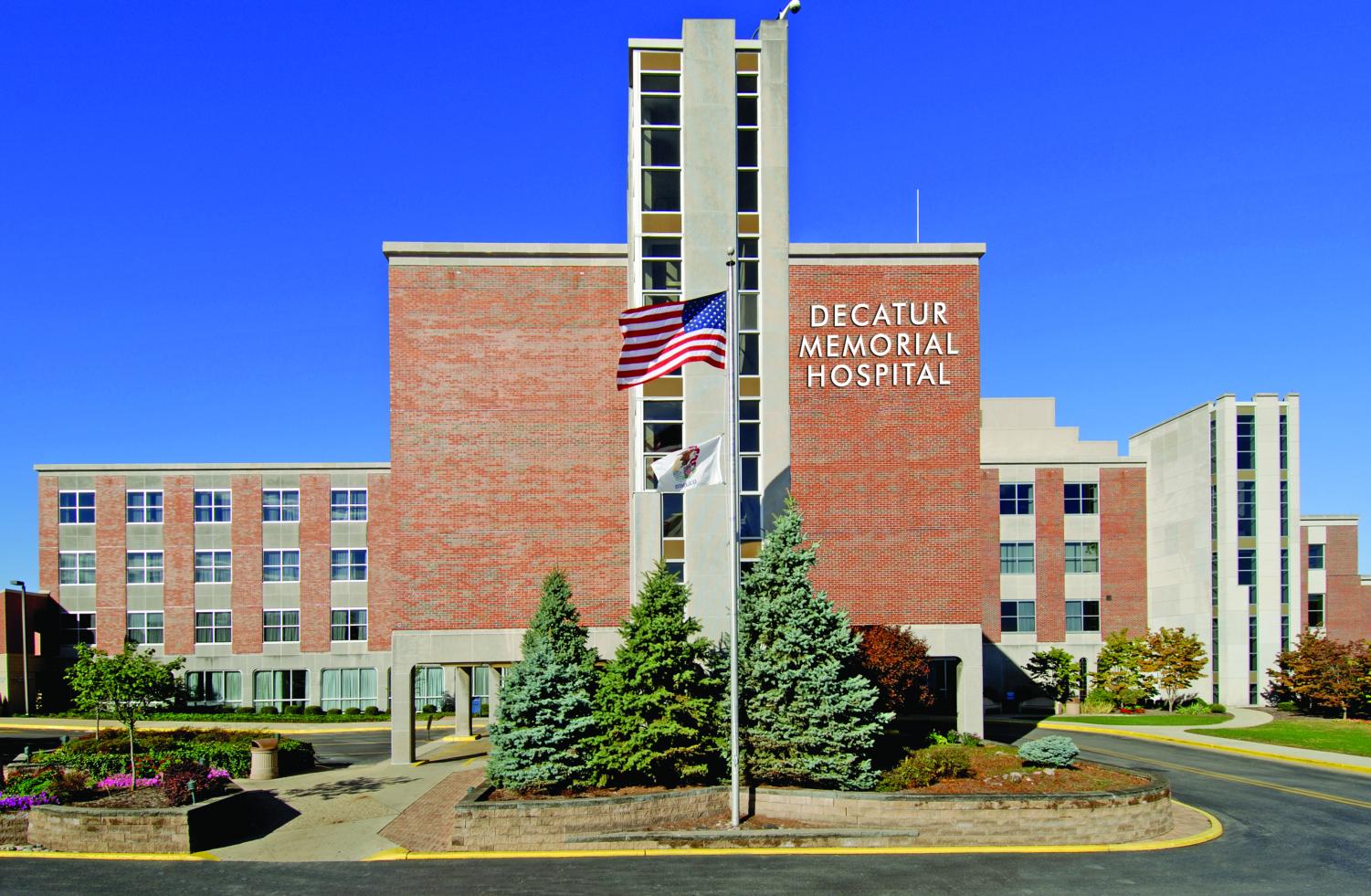 What Happens When You Go to the ER After Sexual Assault?

One Decatur hospital will transfer you, and the other will treat you onsite. But wherever you go, certain healthcare providers are specially trained to empower survivors and help in the legal process.

Warning: This article contains discussions of sexual assault and medical care that might be upsetting to some people.

If you talk to any medical professional or police officer about sexual assault, they will all tell you the same thing: Go to the emergency room as soon as you can.

Healthcare providers can coordinate important treatment following a sexual assault—and they can also be instrumental in prosecuting perpetrators. But while there are a lot of reasons to seek medical care, it’s a difficult choice for many survivors to make.

“Sadly, there’s just so much [sexual assault and abuse] out there,” Gail Fyke, a Millikin nursing professor and nurse at Decatur Memorial Hospital, said. “And sometimes you never find the person that did it, or you can’t find a way to pursue it. But there’s so much we can do if we have the physical evidence in the court of law.”

If you decide to go to the emergency room after a sexual assault, you’ll be treated by a sexual assault nurse examiner, or SANE nurse. These nurses are certified to work with survivors.

SANE nurses conduct physical examinations and treat physical injuries. They might also give the patient antibiotics or other medications to avoid infections or pregnancy.

These nurses undergo intense training to do this job as effectively and compassionately as possible. They are trained to provide patient-centered and trauma-informed care.

SANE nurses play an important role in the legal process, too. This subset of nursing is also called forensic nursing because SANE nurses can collect evidence and testify in court if the survivor decides to press charges against their perpetrator.

If the survivor wants the SANE nurse to collect evidence, the nurse will complete a Sexual Assault Evidence Collection Kit, commonly referred to as a rape kit. This process includes documenting the physical effects/injuries of an assault and collecting DNA samples.

While this is invasive, Fyke says the information is valuable and can help survivors get the justice they deserve.

“I know it’s hard because they’re ashamed, and they are embarrassed, and they don’t want anybody touching them. You just want to, like, go hide in the shower and just hide away from the world,” Fyke said. “But the sooner they can get in to be seen by a SANE nurse and emergency doctor, the better, because then they get the evidence right away, the DNA, everything to go after and find the person that did that to you or pursue the person that you know [did it].”

Evidence collection is most effective if it’s done immediately after a crime. The survivor is encouraged to go to an emergency room as soon as possible so the SANE nurse can collect as much evidence as they can.

Fyke knows that this is hard, but she still encourages survivors to go to the hospital if they can. She says there’s a better chance of securing the evidence that’s often needed to win a sexual assault case if the survivor seeks immediate medical care.

“If you wait [to seek medical care] and time passes, then we can’t get what we need to 100% identify the person that committed the crime,” Fyke said. “So that’s the hard part. If you don’t report the person until like two weeks later, then we’ve lost the potential to capture the person with hardcore evidence.”

Ultimately, whatever happens after an assault is up to the survivor. Even if you undergo an exam and complete all or parts of a Sexual Assault Evidence Collection Kit, you can always decide not to press charges and therefore never use the evidence.

An Illinois law that went into effect in January 2022 requires healthcare providers to inform patients about the state’s sexual assault evidence tracking system. This online system allows survivors to monitor the evidence throughout the forensic process and receive the final results from the tests as soon as they’re available.

Patients have the right to have an advocate and support person with them during the exam, and hospitals must provide access to a shower after the exam is complete as per Illinois law.

Deciding whether or not to go to the hospital is already a difficult choice, but in Decatur, there’s another question to consider: Which hospital is best to go to?

In Illinois, hospitals are either classified as “treatment” or “transfer” hospitals, meaning they’ll treat patients if SANE nurses are available, or transfer them to a nearby hospital if there are no SANE nurses onsite.

While it seems strange that St. Mary’s would send patients over 40 miles away instead of transferring them to DMH, which is just a few miles down the road, Fyke says this is standard. Hospitals will typically try to keep patients within their networks.

“Both of our hospitals are affiliated with a big network now, and so St. Mary’s has been transferring patients to HSHS [St. John’s] in Springfield for at least a couple of years. And then Springfield Memorial [Medical Center] acquired DMH and is doing the same,” Fyke said. “So they’re kind of making Springfield the healthcare mecca of central Illinois, per se…It bothers me because I’ve been a nurse at DMH for 35 years, and I feel like I’m losing my community hospital. But it is what it is. It’s big business. So they’re not going to share patients. They haven’t been sharing patients for a long time.”

As a result of this business mindset, hospitals will try to keep patients within their networks because it increases the network’s profit. If St. Mary’s cannot provide the services that a patient needs, they’ll advocate for transferring the patient to Springfield so that the resulting revenue still benefits the HSHS network.

It’s common for hospitals to compete with each other, though Fyke says it wasn’t always like that. The competition is indicative of a current phenomenon in healthcare that goes beyond Decatur.

“Big systems are kind of taking over healthcare in the United States,” Fyke said. “When I was a new nurse, it didn’t matter. You know, we were very friendly with each other and shared services, and that went away…The strife has never been between nurses. It’s been between administrators. It’s like there’s tension between hospitals.”

Because revenue and a business mindset is an ingrained part of healthcare in the U.S., medical care can be expensive. For many survivors, cost is a factor in deciding whether or not to go to the emergency room.

But Illinois’s Sexual Assault Survivors Emergency Treatment Act requires hospitals to treat sexual assault survivors and can also reimburse patients for the care that they receive. This act prohibits healthcare providers from even talking to the survivor about billing when receiving treatment for sexual assault.

Instead, the provider will work directly with the Department of Healthcare and Family Services (if the patient is eligible for Medicaid) or an insurance company (if the patient is covered by a health coverage program or private health insurance) to manage the cost of treatment. Any cost not covered by insurance can be submitted to the Illinois Sexual Assault Emergency Treatment Program, which will cover the rest.

While all of this information can be overwhelming, the main takeaway is that treatment is accessible and affordable to all survivors of sexual assault. Nurses who are trained to work with survivors will provide any patient-centered, trauma-informed care that is needed. Survivors can choose to allow evidence collection if they want, and they can then decide what to do with this evidence.

At any hospital, the ultimate goal is to give survivors what they deserve: choices, empowerment and compassion. If healthcare providers are able to work with you and assist in the legal process, then they want to do that, too.

“[After an assault,] all you want to do is just, like, go cower in a corner. It feels so, so lower than low,” Fyke said. “But I’m telling you, if the person that does it can be prosecuted, then they get what they deserve.”

If you or someone you know needs support, you can call the National Sexual Assault Hotline at 1-800-656-4673. There are also resources on campus and in the Decatur community, including the Growing Strong Sexual Assault Center and Heritage Behavioral Health Center. You can also read about the reporting process at Millikin here.