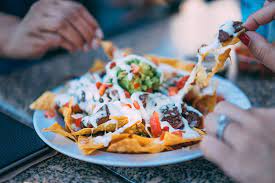 As someone who grew up in Mexico eating actual authentic Mexican food, Decatur’s selection of Mexican restaurants had yet to impress me.

However, Taqueria La Perlita was strongly recommended by a lot of friends and after a while, I caved and decided to try it.

I was surprised, to say the least, and I can now say La Perlita is my favorite Mexican restaurant in Decatur.

The restaurant itself is small. The decoration is simple, with colorful Mexican tapestries hanging from the walls. The menu has a wide variety, offering tacos, burritos, sopes, tortas, gorditas and quesadillas, all with the protein of your choosing. Additionally, there are a multitude of other dishes such as milanezas, cazueladas and fajitas.

The menu exemplifies the variety that Mexican food offers, the different ways the same dish can be prepared. It offers dishes that are traditional from different regions of Mexico.

The drinks menu offers traditional aguas frescas, Horchata, Jamaica, Tamarindo and Naranja, along with all flavors of Jarritos.

The menu is à la carte, which prompted me to order a chicken sope, one gordita al pastor and two tacos de Asada (steak). The prices are so low that I figured the portions were small, and boy was I wrong.

Now, I would normally never order anything al pastor, shepherd style, at a new place. Even growing up in Mexico, my Dad never let me or my brothers order al pastor just anywhere. “Not every place has good al pastor,” he’d say. Al pastor is thinly sliced pork seasoned in chili peppers and pineapple, giving it a reddish-orange color. It is traditionally cooked on a vertical rotisserie, known as a “trompo” in Mexico.

My friend eventually convinced me to try it by saying that’s what she got every time she went to La Perlita.

To give some context, a gordita consists of a thick tortilla, made from either flour or corn with an opening on one side where the filling goes. In this case, the gordita I ordered had carne al pastor in it, although there were plenty of options ranging from steak to beef tongue. The pork was the traditional reddish-orange color topped with thinly sliced pineapple and cheese.

The food was ready in less than ten minutes, and it was the perfect temperature to start eating right away. The gorditas were my personal favorite, the tortilla was amazing (which is very hard to find in the United States), and even the al pastor did not disappoint.

The sope consists of a fried corn tortilla base with the rest of the condiments on top. It is first topped with beans then the preferred protein with lettuce, Mexican crema, cheese, avocado and diced tomatoes on top. The circumference of the sope has a rim to keep all the toppings on. The chicken sope was delicious, and it had a homemade taste.

Another dish that was highly recommended was the nopales. Nopales are Opuntia cacti served in many traditional Mexican dishes, most of the time as a side dish. The cook removes the spines and thorns, then cooks the nopales. La Perlita serves them sautéed with green onions. Now these are off-menu so I had to ask for them specifically, but they make a great appetizer or side dish.

This is one of the few Mexican restaurants where I could get away with spending less than $14 and be satisfied with the amount and quality of food I got. This gordita al pastor was only $3.99 and it was enough to be a whole meal. The same could be said for the sope, which was also a great price for the portion size. La Perlita has the most authentic Mexican food I’ve tried in Decatur and by far the best prices.