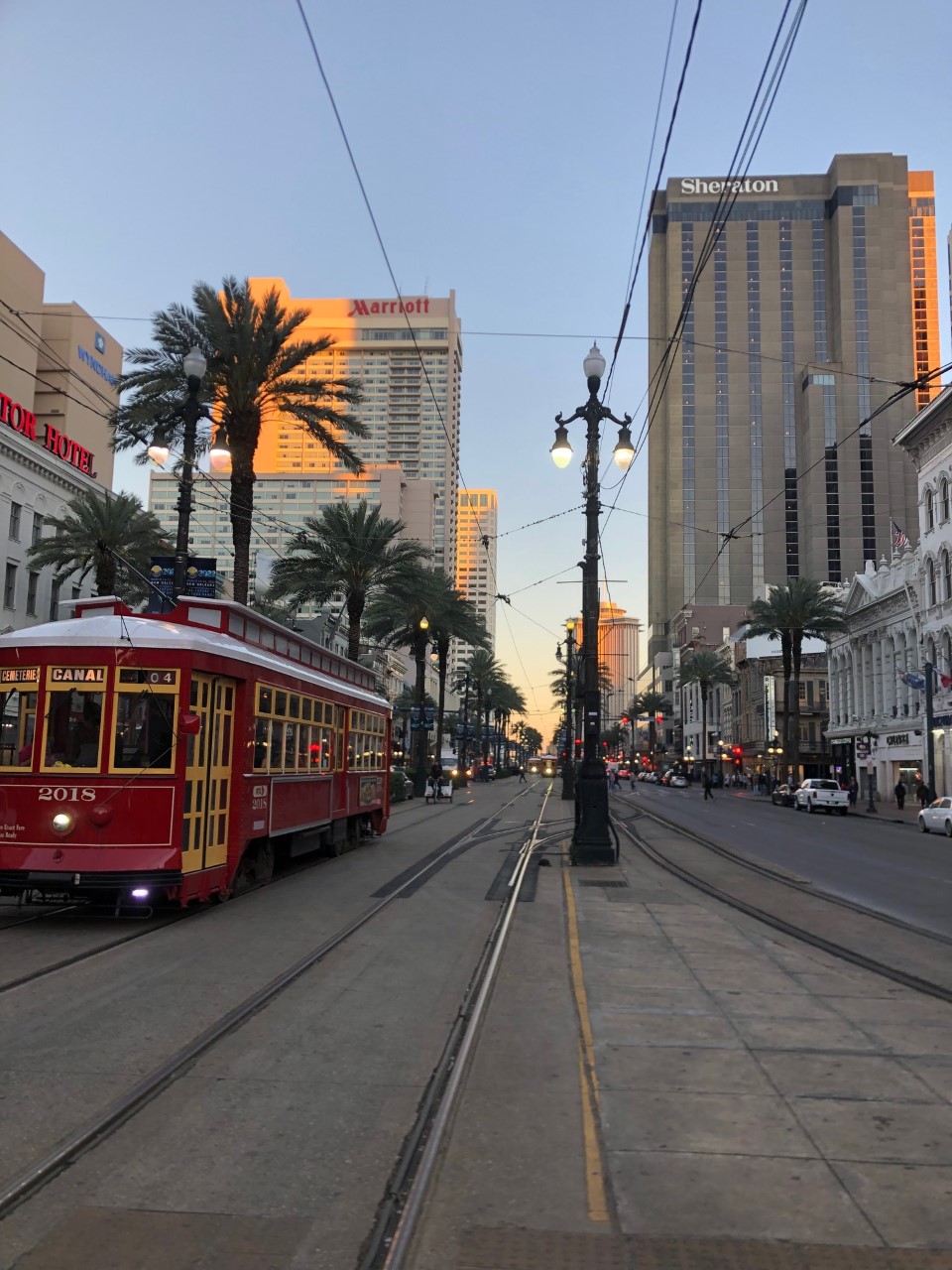 For spring break, my friends and I decided to do a road trip in America. For us, a road trip was the best way to visit as many places as possible in just a few days while being able to get around easily and without too many constraints.

“Onward to adventure!” was the first thought that came to my mind when I woke up the day of our departure. This was going to be my first road trip in America, and I was very excited.

At 7:45 a.m., we drove off from Decatur in our Jeep Wrangler. That was the beginning of a great adventure. My friend drove because I had never driven in the United States. After four hours, we stopped in Memphis. We took a walk in Mud Island River Park, and we stopped near the Memphis sign to take some pictures. We then went to the city center of Memphis and were a little bit surprised by the fact that the streets were deserted.

In the evening, the Knicks were going to play against the Grizzlies. We had to see that basketball game. Even though we were in the nosebleed section, the game was fantastic and the supporters were pumped up.

But at the end of the day, we all agreed on one point. The city was good, but it was not awesome, and a few hours were enough to visit it.

Day 2: New Orleans! As a jazz fan, I was excited to visit the birthplace of jazz. After a six hour drive, I was finally in the city I had heard so many things about.

“This city is gonna be better than Memphis,” my friends said.

As opposed to Memphis, the streets of New Orleans were busy. As Parisians, we are used to walking fast, so we decided to try to walk slowly to explore and enjoy the city as much as possible. We took a long saunter through town and visited places such as Jackson Square, the French Quarter, and the city center.

The next step was Texas. We were all excited to visit that state because there were so many things to see and do. We decided to hit the highway early in the morning because we had a long journey ahead of us.

Our first stop in Texas was Houston. As I was driving, I was surprised to see the amount of vegetation that there was. The misconception I had was that Texas was a desert area without vegetation, and it turned out to be the opposite.

The Space Center Houston was our first activity of the day.

“I want to get the most bang for my buck,” my friend said, so we spent three and a half hours there to see everything that was to be seen. We also visited Buffalo Bayou Park, from which we had a wonderful view of the skyscrapers and buildings of Houston. My friends and I liked that city.

San Antonio was next on our list. We did a lot of sightseeing. We visited the town center, the River Walk (which was amazing and beautiful), the Japanese Tea Garden, and other must-see places.

Dallas was the same thing. We visited many places, but we made sure to stop at Dealey Plaza where John F. Kennedy was assassinated. We were fascinated to see in real life where the president was assassinated.

With this last city, the road trip ended. We were glad to have a car during spring break because we realized how huge America is; it wouldn’t have been the same without a car. It was a fun way to see some of the country’s biggest cities.

This road trip was full of surprises for me. Not only did it broaden my mind, but it also increased my insatiable thirst for adventure.