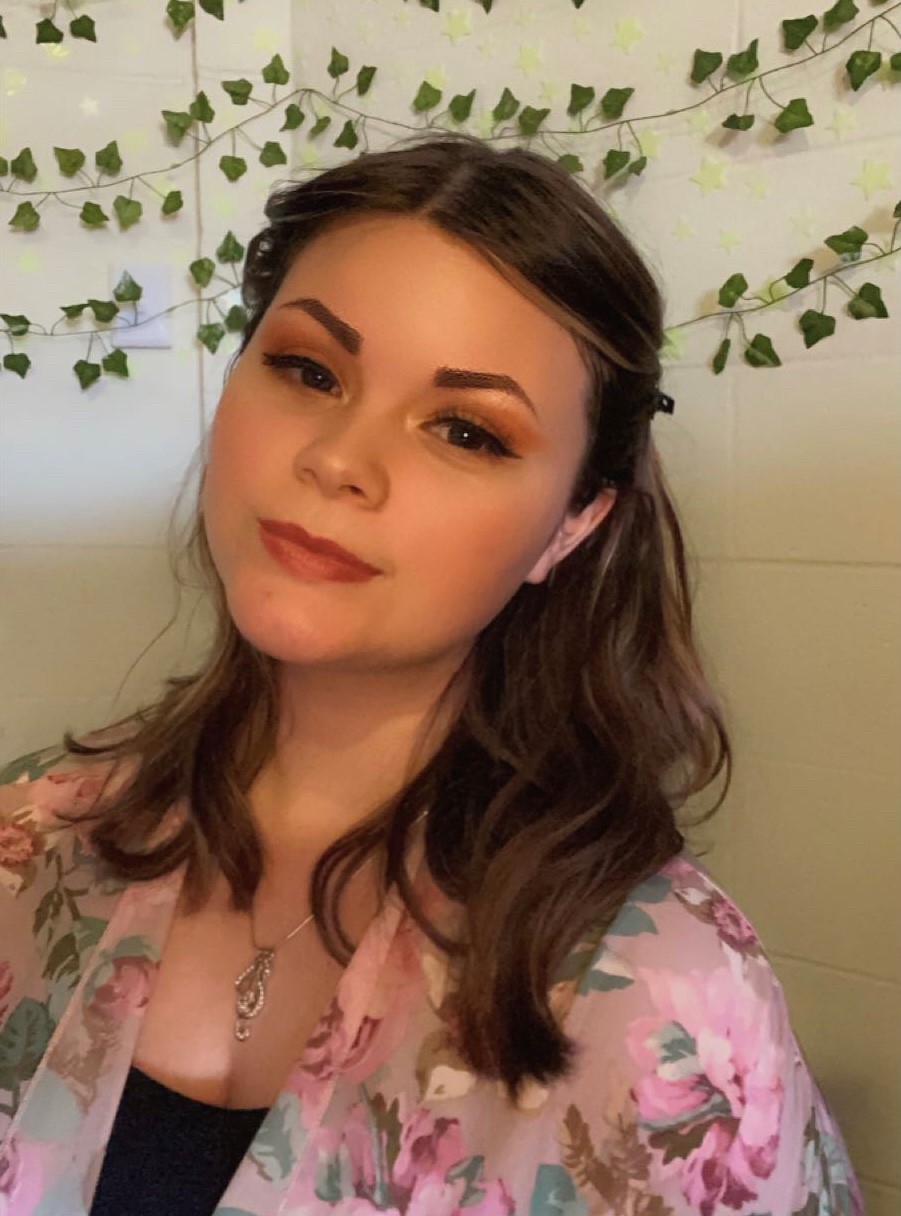 Rachel Pusateri Makes the Most of the Quarantined Milli-Bubble

Freshman vocal music education major Rachel Pusateri began her first year at Millikin with a distinct goal in mind: get involved. In a typical school year, this goal would be easily achieved. But even COVID-19 restrictions have not stopped Pusateri from making her mark on Millikin’s campus.

Pusateri, who is from Plainfield, Illinois, is no stranger to being extremely involved. As a high school student, she was involved in three different curricular choirs, an a cappella group, vocal jazz, chamber choir, and theater.

“So basically, anything music-related I tried to get involved in,” Pusateri said.

Her love for music is what drove Pusateri to pursue a degree in music education. Pusateri said her goal is to one day teach and direct at a high school just like the one she went to.

“[High school’s] kind of where I fell in love with choir, so it’s like I want to teach there too, to give that same experience to other people,” Pusateri said.

Choir is what brought Pusateri to Millikin. During her junior year of high school, the Millikin Women choir came to her school and she had the opportunity to perform with them. After hearing the students talk about how much they loved Millikin, Pusateri was set on attending Millikin University.

“I made my decision really fast; this was pretty much where I knew I was going since the end of my junior year [of high school],” Pusateri said.

For Pusateri, Millikin is roughly the same size as the high school she attended, with around 2,000 people. When it came to solidifying a college decision, size was a big factor in where she wanted to go.

“I thrive better in smaller communities, where it’s easier to get to know people,” Pusateri said.

She certainly found a smaller community in choosing to attend Millikin. But while Millikin is known for its small classroom sizes and its close-knit community of students and faculty, the pandemic has strictly limited the typical activities that take place on campus.

“I was really nervous about it [meeting new people], coming in, because I’m kind of an introvert, or at least I was before college,” Pusateri said, “And I was really nervous because like, you know, I couldn’t really get to know as many people because there were so many restrictions.”

Regardless of her nerves, Pusateri has taken Millikin’s campus by storm.

“I just decided to join as many things as I could,” Pusateri said.

And that she did. Since coming to Millikin, Pusateri has become a part of the Honors Program, the National Association for Music Education (NAfME), and Milli Women, and she was a cast member in the production of the opera, “Dido and Aeneas.” She has also joined Greek Life as a member of Alpha Chi Omega Sorority and Sigma Alpha Iota Music Fraternity, and she was just accepted to be a Student Experience Ambassador (SEA, which used to be known as First Year Experience Mentor or FYEM).

“It was really cool to be a part of that, you know, and even during COVID, it was a good production,” Pusateri said. “We did it on stage, we live-streamed it and everything, so it was cool. It was nice to do theater again.”

The connections Pusateri made during the opera led her to go through Panhellenic recruitment and join Alpha Chi Omega. Like many students, joining Greek Life has allowed Pusateri to make connections with students outside of her major.

“I have so many friends that are not even music-involved at all,” Pusateri said. “It’s just so cool. These are people that I probably never would have gotten to know if I went to a big school.”

Pusateri hopes that joining Greek Life and getting involved on campus will help prepare her for her future career.

“I really want to develop my leadership skills, like in any way possible, for teaching,” Pusateri said.

Becoming an SEA is another way Pusateri is trying to gain leadership experience.

“[Being an SEA] was something I knew I wanted to do from Welcome Week,” Pusateri said. “I wanted to be a mentor for incoming freshmen.”

As for her future on Millikin’s campus, Pusateri plans to continue striving to keep her goal in getting involved on campus. She already has plans on how she wants to do that.

“I do want to audition for a vocal jazz group,” Pusateri said. “I want to be on the exec board for some organization on campus probably. I don’t know about being a president, but something. I want to have some kind of title.”

For her, these plans will come into full swing next semester, as Millikin has announced a 100% normal, in-person semester.

“I’m gonna really enjoy actually having to do stuff,” Pusateri said. “You know, like actually leaving my room, getting my steps in and everything. Actually focusing in class.”

While a lot of Millikin students are delighted at the idea of a fully in-person semester, for freshmen, this will be uncharted territory. Like Pusateri, being in person will allow new students to finally be surrounded by the Millikin experience and encourage them to get more involved and meet new people.

When it comes to being involved on campus, Rachel Pusateri is just getting started. Over the next three years, Pusateri will continue to broaden her horizons on campus and meet her goal to become a leader on campus.