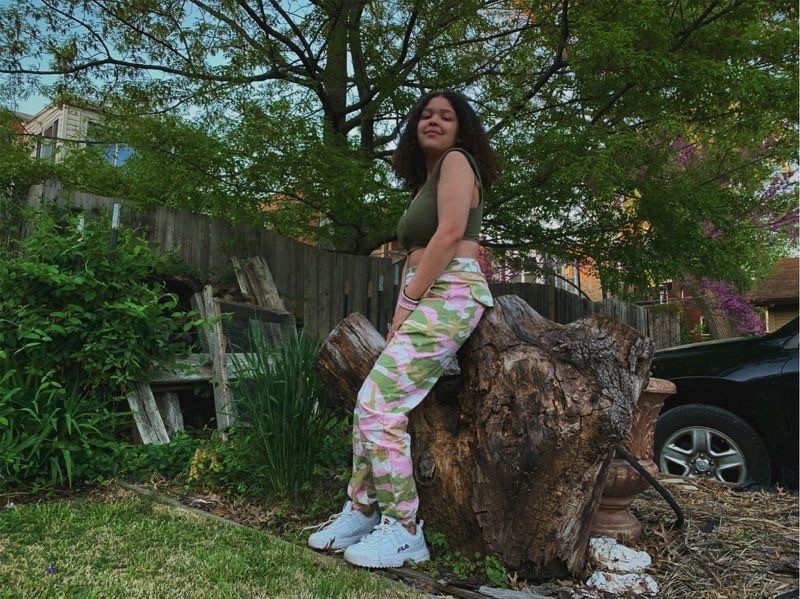 The Road to Law School

I think I am lucky in a lot of ways, and I say that to mean that every accomplishment I achieved is not all due to my hard work and devotion, because a lot of people are like that, but I was lucky enough to be born in certain circumstances and put in certain situations that helped me evolve to the person I am today.

When I think about when I first thought of being a lawyer, it’s actually really funny, and partly dumb. Up until I came to college I had a general idea of what I wanted to do in my life, but like a lot of other people in college I really didn’t know what the future held for me. I started as a Sociology major, hoping that would give me some access to taking a bunch of different courses to figure it out later. On a whim, I decided to take an Intro to Criminal Justice course after finding out that after my freshman year there would be a Criminal Justice major. I wanted to know what it would entail. So despite the class not counting towards any course requirements and the strain on time, I took the class to see what it was all about.

One day in this class, I had some back and forth with the teacher about something he stated, about a topic I don’t even really remember. After that, a student in front of me turned around and asked me, “Do you wanna be a lawyer or something?”

And that was it.

Like I stated before, it’s funny, but honestly pretty stupid that an offhand comment by someone I didn’t really know changed my course of education that quick, but it did. It is sad as well because the reason it never crossed my mind before is because I have never heard of women going for higher education, so it never even crossed my mind.

I added the second major and fell in love with the topics. Soon, I was on the course for preparing for law school.

Needless to say, this wasn’t an easy process. The pressures of pursuing a double major were only exacerbated by my second year when I was working three jobs, writing for the newspaper, being an active member of my sorority Alpha Kappa Alpha Sorority, Inc. (which I had join the semester prior), all while still trying to have somewhat of social life on campus.

This semester turned out to be a major turning point for me as it goes down as one of the hardest moments in my life thus far. At this time, my family was facing major financial stress and my grandpa was hospitalized, which hit me the most because I was so busy in my life I didn’t even know he was sick. I had thoughts of dropping out, forgetting my dream of being a lawyer and my entire academic career I had been building, because I felt like everything in my life was falling apart. I felt by being in school, I was leaving behind the ones I really loved, when I should’ve been back home in St. Louis working and being there for them. There was also a point where I was facing food insecurity, and times where I felt so sick with stress that I couldn’t move.

I didn’t reach out for help because I hated feeling dependent and a burden on people, even though I failed to realize at the time I had people who loved and cared for me. My mental health took a plummet at this time, where my anxiety got so bad I couldn’t steady my hands and my head was fuzzy; it was like I couldn’t think. I still deal with this issue today.

Unfortunately, this was also my worst semester academically, which made me question if I was even cut out for going to school after Millikin (if I even finished).

I was too embarrassed to speak on what I’ve gone through during this period of time, until now. And even as I’m writing this I feel nervous and exposed, but I hope that everyone who feels like their world is ending, that there’s no one who cares or knows what they’re going through, realizes there are people who care.

Making through this period of months has been one of my greatest accomplishments. In wake of everything around me not going right and being so unhappy, I was able to move past it and continue going to Millikin. Although at times I do still reach points where I feel like life gets too hard or I don’t want to keep going, I remind myself of that time and tell myself I can make it through any obstacle life may throw at me.

The pandemic has proven to be an obstacle for everyone when it first hit the country last year. However, I wanted to find a way to make this stressful situation into something somewhat positive. Although time went by, I still faced the same issues I had the years prior and was feeling saddened that I could not afford to travel home for break, while facing down another full course load. When Millikin transferred the semester online, I took the opportunity to travel home right away and live with my grandpa until the next semester. I decided to take this extra time to be around family and help more at home.

This was also the time I was able to dedicate myself to my daily schedule to prepare for the impending LSAT test. I found myself oddly at ease despite the severity of the pandemic, because I was able to be at home with my grandpa and help take care of him, and remove myself from distractions to build up my application to law school. I was able to finish the semester on the Dean’s List because of the changes I made. By the end of the summer, I had finished my law school application.

I took the LSAT once in October and in the months thereafter I was accepted into all three law schools I applied to. I was also offered a merit scholarship to one of them for $10,000 upon acceptance.

Now in my last semester of my undergraduate experience, I am still being as involved as I can while finishing out my last few credits, and trying to narrow down where I will be for the next three years. I feel like I am in the best place I have been in a while, and though I still struggle with anxiety daily, I am happy with where I am academically, and I am finding myself becoming more happy with the person I am becoming.

I don’t want to end this by saying something cliche like if I can do it, you can – because that’s not true. We are all built differently, shaped by our experiences. There are some who may read this and think they could never do what I am doing, and others who will say that they’ve been through worse than I have. Overall, I don’t believe in comparing traumas like that, just in celebrating other accomplishments and motivating others to do great things as well.

With that being said, I want to say the biggest regret I have is not leaning on the people who I had with me. Not just with going to law school, but with any transition in life that gets too difficult, make sure you ask for help, and trust in the people who say they are there for you.

I handled a lot of my law school journeys alone. I paid for tests, the prep, and set aside my own time to study, without asking for help. Looking back, I can’t help to think I could’ve been even more successful if I had reached out during this time when I needed it.

I am excited, anxious, happy – any emotion you can think of about the transition I will be making soon. I hope I can continue to grow as a person, and to become even more of a leader. Though times got hard, I will always be thankful for Millikin and the people around me who helped shape the person I am, and for that Intro to Criminal Justice course my freshman year.