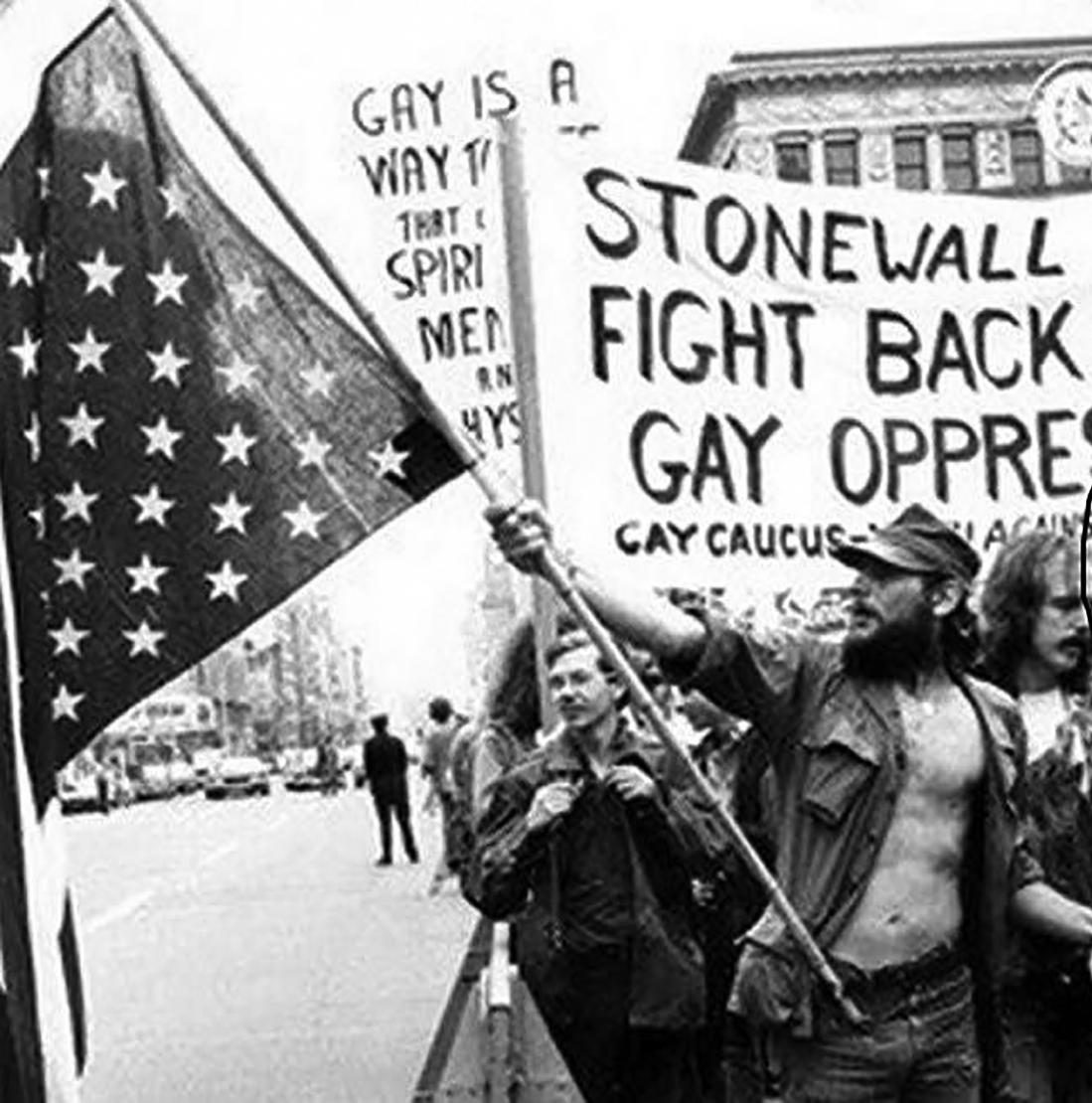 The 1969 Stonewall riots had a significant impact on the gay liberation movement. It was one of the first times the movement received national attention from the media. It also demonstrated community strength in numbers and gave hope to queer people that would last generations.

In the 60s and decades prior, LGBTQ+ people were treated unfairly. In fact, it was illegal to solicit same-sex relationships or identify as a different gender than the one assigned at birth.

In New York, discriminatory laws prevented queer establishments from obtaining a liquor license, leaving the entire LGBTQ+ market open. The Mafia had already been running underground bars and clubs, so they expanded their market to the LBGTQ+ community in Greenwich Village.

The Stonewall Inn was one of many Mafia-owned bars. Because of discriminatory laws, Stonewall and other queer establishments were susceptible to police raids. But the Mafia paid off police, so the raids were slightly less brutal. The police would raid early in the night, force patrons to go home, and sometimes arrest people working at the bars. The Mafia would hire LGBTQ+ employees to run the bar so they could take the fall.

During many of these raids, police focused on arresting and harassing people of color and transgender people. Transwomen faced the most discrimination and were arrested on suspicion of sex work, often without any evidence. Many trans women were treated poorly in jail by police, who shaved their heads and sexually assaulted them. If they were forced into a cell with men, they were often raped by other inmates while the police stood idly by.

Detective Charles Smythe and Deputy Inspector Seymour Pine led a raid on the Stonewall Inn between 1:00am and 1:30am, which was unusual. Police usually shut the establishment down early in the night. Because this raid happened early the following morning, the crowd size was larger than if the raid were to happen at its usual time.

The police started to check IDs to separate trans people from cis people. Patrons began filtering out of the Stonewall Inn, but they remained outside the establishment. Some patrons stuck around to wait for their friends inside. A crowd began to form, and people walking by started to join the masses as their curiosity consumed them.

A police van showed up to take away those who were arrested. Detective Pines walked those arrested out to the van and noticed how large the crowd had become. Before that night, patrons never stayed around and usually dispersed by the time the police had the bar shut down.

The police served their purpose by legally harassing and arresting people of color and trans people. One of the men arrested was a straight Black bathroom attendant who happened to be working that night. One of the trans women being escorted to the van hit one of the police officers with her purse, which could have set the stage for a night of protest.

Eventually, an object was thrown at police, and the riots began. Many accounts claim it was a brick, others say it was a Molotov cocktail, but nobody is certain what exactly was thrown. The person who threw the object is also unknown.

Most accounts from protestors in the first row described a woman referred to as “the butch lesbian” to be the one who threw the first brick. This woman has yet to be identified, but some believe it was Stormé DeLarverie, another famous figure in the gay rights movement.

Sylvia Rivera, a prominent trans activist during this time, claimed she did not throw the first Molotov cocktail, but she threw the second. Another important figure from the gay rights movement was Marsha P. Johnson, a trans activist of color who is also rumored to have thrown the first brick.

There were accounts of teenagers throwing coins at the police. Rioters picked up rocks, throwing them and other objects at police. The police had given up after a while and the van drove off with those arrested while the rest of the police barricaded themselves inside Stonewall.

Officer Pines informed his officers that they were not to fire their weapons into the crowd as he did not believe this crime merited gun violence.

After hours of rioting, the riots paused, but were picked up again the following five nights.

There are many significant aspects to the riots, but it is important to recognize that it was the most marginalized groups of people that participated in the rioting. Sure, the crowd size was large, but only a fraction of the crowd rioted. It was those who had faced the most discrimination who stood up to police because they had nothing left to lose.

The LGBTQ+ community owes everything to those protestors, especially the people of color and trans people who allowed the LBGTQ+ community to advance in society.

Although Black and Brown trans women led the riots, they did not advance with the cis White gay men who have benefited from the gay liberation movement while also benefiting from White supremacy and the patriarchy.

Unfortunately, those who fought the hardest for LGBTQ+ liberation were left behind to fight for themselves. Marsha P. Johnson and Sylvia Rivera, two trans women of color, spent their lives fighting to house trans youth, but both women eventually died homeless.

Meanwhile, Craig Rodwell, a cis White gay man who also participated in the riots, became a successful bookstore owner. This is just one example of the disparity between cis White gay men and the rest of the community.

Despite the large participation from people of color and trans people at Stonewall, those marginalized groups have had to fight erasure from the historic event. The remembrance of the Stonewall riots has been subject to whitewashing over the years.

George Segal created a monument dedicated to the riots that depicted two cis White gay men and two cis White lesbians. Miss Major, a Stonewall veteran, has been outspoken about the monuments and describes them as a “whitewash” of history. Activists have since painted over the statues, turning them into Black and Brown trans women in response to Miss Major’s comments. They left a sign with the monument that reads, “Black and Latina trans women led the riots, stop the whitewashing.”

Recently, the movie Stonewall cast a White cis male as the fictional lead character. The documentary The Death and Life of Marsha P. Johnson was created by a White man who capitalized on the struggles of a Black trans women.

David France, the documentary’s creator, has been accused of stealing the idea from Tourmaline, a Black trans woman. Tourmaline claims that France viewed a grant application video she created about Johnson and used Tourmaline’s research and interviews in the documentary without crediting her.  Tourmaline is borrowing money to pay her rent while France is profiting off trans history and struggles.

It is imperative that the LGBTQ+ community acknowledges the efforts from people of color and trans women who were responsible for leading the charge against a brute police force. Pride would simply not exist without trans women of color who risked arrest and death to fight for a community that, to this day, fails to fight for them.