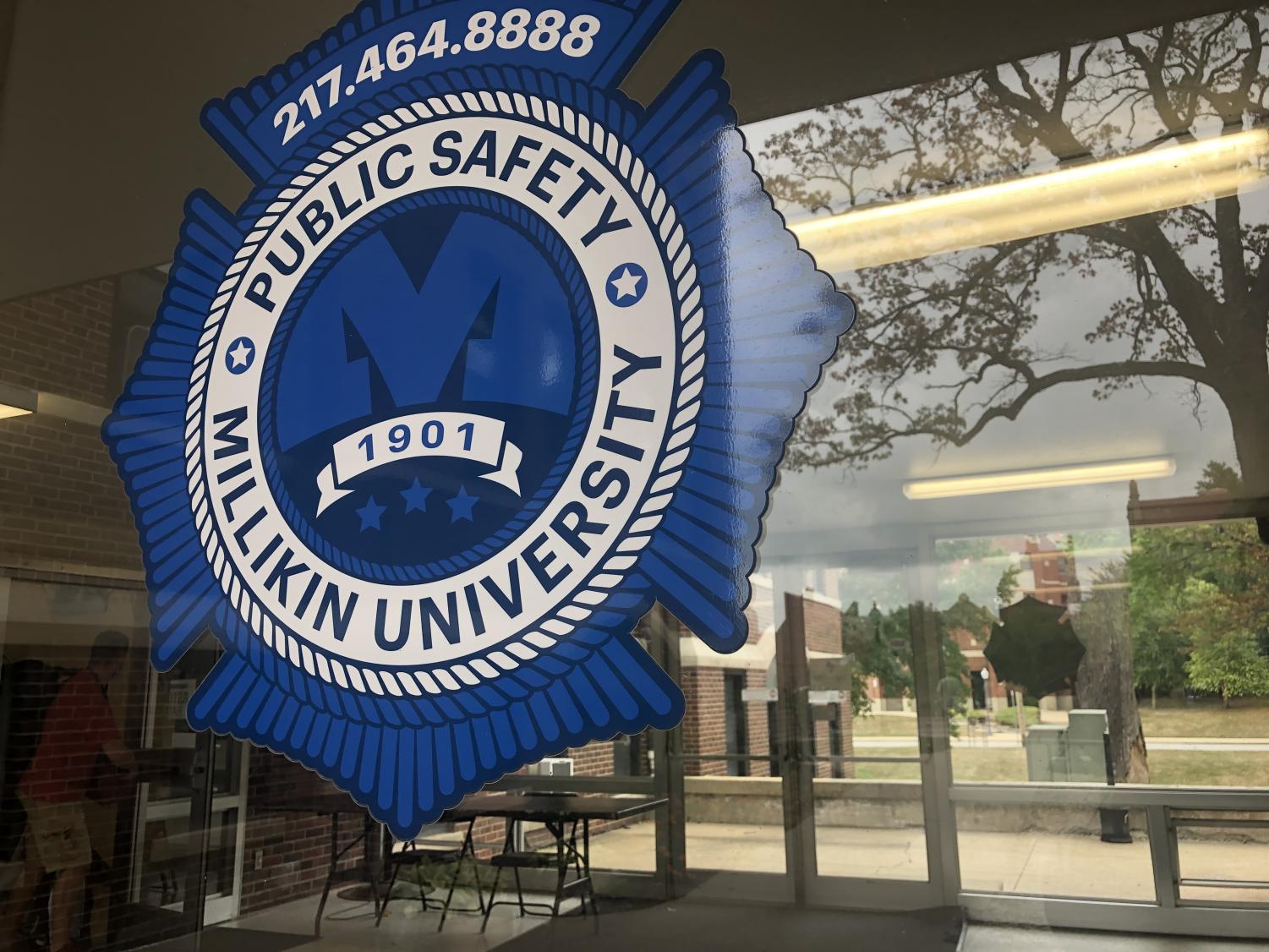 How does Public Safety work? It's different from regular police departments, and that can be a good thing.

Millikin students, especially students of color, have been understandably grown more apprehensive about Public Safety throughout these past several years and upon returning to campus. After this summer, relationships between police forces and their communities are more challenging than ever.

Officer Christopher Ballard, the Director of Public Safety, took the time to explain how Public Safety works so there is less confusion and, possibly, a better relationship between all members of the Millikin community and their police force.

“I think law enforcement is being called upon to solve issues that have no bearing on the law or anything–areas that government really shouldn’t be involved in,” Ballard said. “And I think that’s unfortunate, and that’s probably exacerbated some of the issues we’ve seen nationally.”

Ballard mentioned that one of his friends in another university police force wrote an article explaining that university police systems, on paper, actually closely emulate the types of reforms that wide swaths of people want to see in their cities.

“He highlighted how institutions like higher ed and our approach are really similar to some of the reforms,” Ballard said. “So if you think about it, at Millikin, we have a five-person police department, right? That’s not 24 seven, but the side that most people interact with is our security team, because that’s the bulk of what we’re called upon to do.”

Even when there is a relatively serious issue involving a student, Public Safety might be involved, but only alongside professional staff like Vice President Rapphaella Prange, Dean of Campus Life Paul Lidy, and others.

There are a few key differences between a regular police force and what you will find on Millikin’s campus.

“I think the biggest difference so one of the things that we look for when we’re training our police officers in particular, is the embracement of that developmental side,” Ballard said.

If you call Public Safety for a theft case, for instance, instead of the Decatur Police Department, they will both set up a crime scene and develop a time frame. If they find the suspect, however, the disciplinary actions will be different.

“Then the other thing would be let’s say we develop a suspect indicator involving the suspect, and they’ve got a formal record online, they are going to utilize the criminal justice system, right, which does not move fast,” Ballard said. “Which doesn’t lead to a whole lot of restorative practice agreeing and can there are some elements, there have been some significant reforms in that in my tenure as a police officer in the last 20 years, you see things like drug law courts, they’re doing that with minor offender intervention now and things like that, where they do a developmental process.

“But if we were to, let’s say, identify a student as a suspect in that theft, we would be inclined to use this to conduct process if the victim student was open to that, to resolve that. So that can–number one, it’s going to move faster and on the criminal justice system. Number two, it’s not going to create an arrest record for that student who, you know, that could be a developmental thing, and they’ll never ever do it again and they don’t have to explain the rest record the rest of their life.”

Disciplinary action at Millikin follows a “restorative” plan, in contrast to a “punitive” system that many police departments follow. Restorative models make it easier for students to come forward about issues they might have had–including issues with the public safety officers themselves.

Ballard hopes that students feel like they can report any instances of racial discrimination or profiling to him.

“So, unfortunately, a lot of that occurs in its own like echo chamber and nobody actually brings forth a whole lot of information to me or deputy chief Beasley or to an avenue where it can be addressed right,” Ballard said. “So that’s the first thing. I can’t fix it if I’m not aware of it, so we’ve had very few formal like, sit down and come chat with me and walk me through it. Either one, when they do happen, we can usually talk through it. And either everybody comes to a different understanding, or we look at it internally and process it.”

A positive reaction has happened once like this in the past.

“We, the one issue we had involving a student and there was a really touchy situation that had occurred at the woods that went through an entire restorative process and I thought was a net positive for both the officer involved and the student involved,” Ballard said. “And was, overall I thought it went about as well as it could and was a good example of how our environmental policing is different where we can trust the restorative process to work through because in this case.

“There was an incident that the officer, in my opinion, handled correctly, and under strict line, training could have resulted in interest and it didn’t. And then it went, it took a little while. But it went through a restorative process that was mediated primarily by de for any vice president praying, and everybody ended up at the same table and talked through things and I think deeper understanding was achieved on both sides of the table, for sure. And it led to a net positive for everybody involved over something that started off pretty negative. So we’re definitely willing to engage and talk about it. But I can’t do anything if we don’t hear about it.”