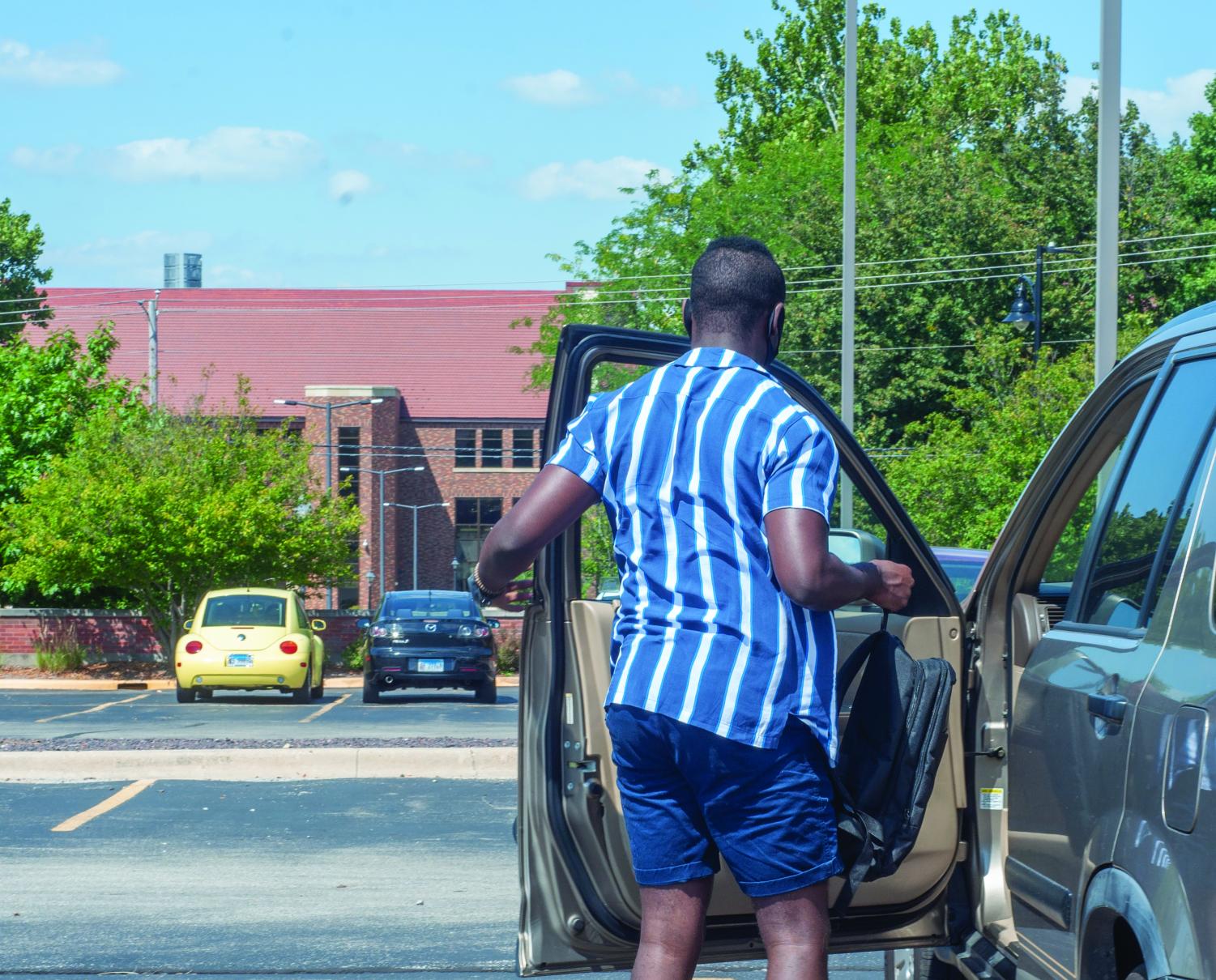 Commuter students are sometimes forgotten, and it shows, especially now in returning to campus. Students who commute are nervous as the return to campus comes closer and closer.

Being a commuter means timing the walk, drive, or ride to make sure that there is no chance of being late to class. If they’re running late, they must figure out what the fastest route is to their class. This semester will be challenging because the guidelines add more necessary factors.

For Rosemary Dickson, a senior English education major, her commute is about a mile walk to campus. She will be on campus for some classes and off campus for others. Shilling is where she’ll be at most of the time.

“It’s going to be really difficult because the guidelines say that we have to go one at a time through the doors,” Dickson said. “If someone is in front of you, you literally have to wait so that really cuts on time. If you’re running late, because you had to stay back in class to speak to a professor, then you have more of a chance of being late because of it. You don’t know how many people are going to be in that building, and it’s going to really mess with how you do things.”

In the middle of the COVID-19 pandemic, the relationship between Millikin and its commuters seems a bit rockier than before.”

A commuter’s route to campus will also depend on the number of people in the building their class is in. There are a lot of factors that most commuters think about, but there are even more now to add in.

“A problem a lot of my other commuter friends are having is that they’ll have a class that’s at nine o’clock and it goes from 9 to 9:50 and it’s online,” Johns said. “But then they have an in-person class right at like 10 o’clock or like 10:30 and then you know, they have to figure out now. ‘Okay, where am I gonna go?’”

Most students have jobs, and for commuters, that means working with the community. Some commuters have jobs, or their parents do, that put them at risk for infection without knowing it.

For Miranda Rueff, a senior chemistry major who commutes, that is the case.

“I’m kind of worried about me coming to campus because where I work, we don’t mandate masks, so not everyone wears them,” Rueff said. “Some of my friends that are commuters, they’ve been concerned about bringing it back home.”

Rueff will be on campus for the semester because she has not heard of any other option.

For a lot of commuters, online classes are something to be grateful for because that limits the contact and risk of exposure.

For others, it could be the transportation that could make them at-risk for infection. Kionah Flowers, a senior English major, is online for the semester, but she does foresee coming to campus.

“Thankfully, none of my classes require me to be on campus this semester. However, as a commuter the main issue that I’d be concerned with is the commute to school,” Flowers said. “I don’t always have a ride that can take me to school, so most of the time I end up taking the bus to school.”

The public buses have taken precautions, but even now, people don’t always follow the rules. Commuters who take the bus are at risk for infection, but it may be the only way that they can reach campus. Millikin doesn’t have alternate options that are clear for commuters to use to make it easier.

“I think that Millikin could do many things to help commuters,” said Dickson. “Some commuters aren’t coming back to campus because they’re afraid, they don’t have their own vehicles, or they have to use the public busses. Millikin tries its best to consider commuters and make them feel connected, but I feel like the relationship could be better.”

In the middle of the COVID-19 pandemic, the relationship between Millikin and its commuters seems a bit rockier than before.

The mass of students has become split between commuters and those living on-campus. That divide is hard to close, but many students feel that it is worsened because commuters are being forgotten.”

“I really think their primary focus has been on the people coming from different parts of the country. I feel like that probably should be the primary concern though,” Rueff said. “I don’t know if there’s anything that I’m supposed to do differently since I come from in town. They’re saying that people who are coming from different parts of the state or country need to wear a mask 24/7 essentially the first two weeks. Does that apply to me while I’m on campus? Is there any other circumstance for me?”

In addition to confusing safety guidelines, some of the typical commuter concerns are amplified this semester. Grady Johns, a senior business management major, worries that incoming commuter students will have problems getting involved at Millikin.

“I don’t see how they can get involved in staying involved, especially since a lot of the normal social things that you could go to either will be really altered or not happening,” Johns said.

A lot of students have some classes that are online and others that are in-person. For commuters, this presents a unique challenge.

“They have to figure out, like, ‘Where can I set up beforehand on campus to do my online class peacefully, and then be able to make it to my in-person class?’” Johns said.

Many commuters feel that the communication needs to be better between Millikin and its commuter community.

The mass of students has become split between commuters and those living on-campus. That divide is hard to close, but many students feel that it is worsened because commuters are being forgotten.

“At times it feels like the divide between the two groups of students, on-campus students and commuters, is too vast to be able to please both,” Flowers said. “They need things that we don’t necessarily need. And we need things that they don’t need. I do think that a happy medium exists, and I think the search for that happy medium begins with more effort and conversations like these.”