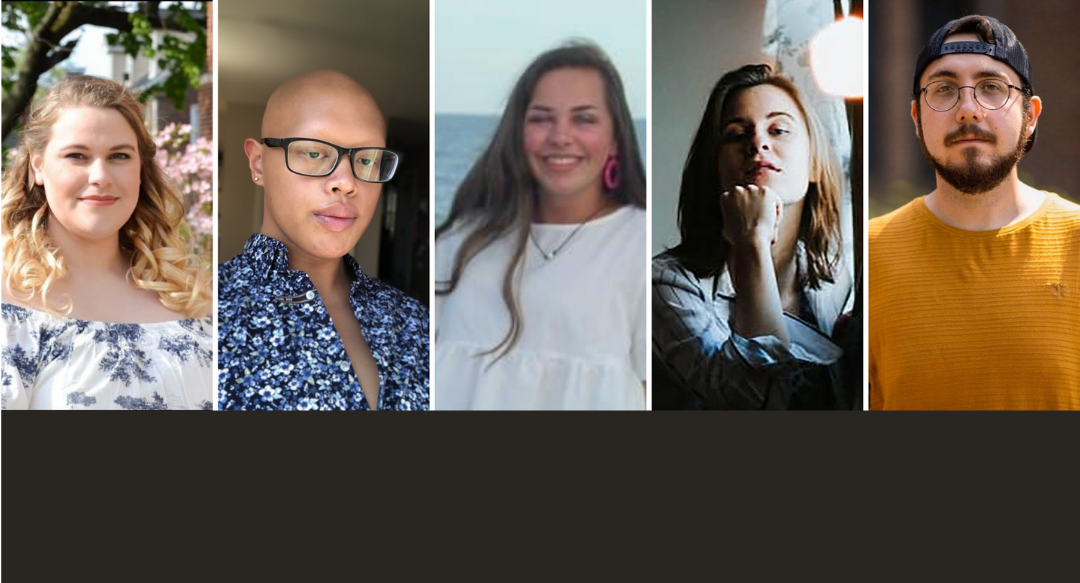 COVID-19 Among the Classes

2020 has been an odd year for all of us. As Millikin University gears up for the 2020-2021 school year the Decaturian sat down with five different students from five different grade levels. We asked a Freshman, Sophomore, Junior, Senior and “Super” Senior how they felt about Millikin’s return to campus plan for the fall of 2020.

Kovalcik expects this school year to be different than what she has always thought her college experience would look like.

“I expect there to be a lot of changes and a lot of unknowns,” she said. She believes we will have a great year but understands that we will have to go about the college experience in a new and unpredictable way.

When asked about Millikin’s soft quarantine Kovalcik hopes that the students will follow the guidelines in place, but she understands why some students won’t.

“I think it will be hard and there will be a lot of questions raised,” Kovalcik said. She believes the possibility of the quarantine getting extended is a threat, but she hopes it will not happen.

At the end of the day. Kovalcik believes that Millikin is doing its best and the most that they can do in these circumstances.

“It’s a scary and new situation and I don’t think anyone really knows the best option,” Kovalcik said.

Kovalcik is an on-campus Freshman who is majoring in Art Education.

Boado believes the school year, with the precautions Millikin has taken, will go well.

“As long as students wear a mask, as long as online training goes well, and as long as the professors know how to organize an online class, I don’t see it being an issue,” Boado said. He does believe with the emphasis being online, there will be more expenses than usual. “Because there are some classes that require new textbooks for the online class codes… I feel like that is a big issue,” Boado said. “And Millikin needs to reach out for that.”

Boado pointed out that in a typical school year a student can purchase most of their textbooks used, which saves them a lot of money. But with the focus being online this year, students are now paying for tuition, books, and the online class codes.

“This year I feel we will face a financial struggle more than the class being the struggle itself,” Boado said.

Board is concerned about students not following social distancing rules.

“I would like to believe [the students] will follow the soft quarantine, but I do not think they will be,” Boado said. He believes the freshman are more likely to follow the quarantine because  “they are in the dorms; they are being monitored by the RA’s. And they just got onto campus, they don’t know many people.” He said. “All of the upperclassman already have the connections and just want to see each other.” Boado is confident that students will be visiting each other in their apartments, however he also believes that as long as everyone is wearing their masks and maintaining a social distance and refraining from being with each other for a long period of time, it should be fine.

“We should try to be on the safer side and try to stay inside for the first two weeks,” he said. “We need to get all of the testing done, and make sure everyone is negative before we start spreading all of the [germs].

“It depends on how we handle it. But from my perspective, I think the quarantine will be extended a little bit simply because there isn’t one set move in date.”

He believes that when / if a positive cases pops up on campus, Millikin will administer another soft lockdown just to be on the safe side.

“I think [Millikin] need to take is further …. I feel like they have the basics down, but they need to take it one step farther,” Boado said. He brought up the campus computer labs, asking the important questions: Will they be open? If they are who will be sanitizing them between students if anyone at all? “Campus isn’t open yet, so we really can’t see any of this stuff,” he said. Boado concluded that Millikin has the basics down, but until everyone is there, we will all have questions.

“I think it’s definitely going to be different,” Duesterhaus said. Duesterhaus believes that as long as everyone understands that if we all wear our masks for this first semester, maybe next semester we can return to a more normal college experience. As an RA, Duesterhaus felt confident in the incoming Freshman and whether they will follow the rules Millikin has given to everyone staying in the dorms.

“As long as people are game for what’s to come, I think it will all go smoothly,” Duesterhaus said. “I think it’s truly up to the students to decide how this semester goes.

“Are they willing to take those two weeks to do what they need to do in order for everybody to stay on campus or are they going to disregard that and put every student at risk for having to go back home?” Duesterhaus said. As an RA, Duesterhaus expressed that she knows and experiences the different backgrounds that students come from, and she believes there will be a learning curve for anyone coming from a place that has lower numbers, or a family that doesn’t believe COVID – 19 is a real threat.

“They will have to take into consideration that… it is Millikin’s guidelines and Millikin’s protocol, and if they want to stay on campus, they need to follow those rules,” Duesterhaus said.

Duesterhaus mentally normalizes wearing a face mask by thinking of it as another accessory to her outfit. “I am having fun with the masks. I think having fun with it makes the serious situation a little more lighthearted,” she said.

Duesterhaus believes that the soft quarantine will be extended if students do not follow the guidelines put forward by the University.

“At the end of the day, there are people who need Millikin’s community and Millikin’s campus to just remain safe,” she said. “To find home, and just find a stable place to be.”

Duesterhaus believes that Millikin is doing all it can, but it is really the students who need to put forth the effort to prevent the spread of COVID-19 because Millikin can’t control this virus.

While Pajer has confidence in her peers about wearing masks, and social distancing, she does have fears that people just won’t be able to resist having parties.

“Ninety-five percent of the population on campus knows what’s going on, and how to be safe,” Pajer said. “But that 5 percent of people that can’t restrain themselves go out and party… I don’t really blame them though, none of our prefrontal cortex’s have grown together so we have naturally low impulse control. Millikin’s plan is in our best interest.”

“I just heard this guy say [while crossing a crosswalk] that some football boys were going to have a party at The Woods,” she said. “Of course, that’s just gossip. But if they’re breaking that quarantine rule now,  I think it’ll be hard for everyone else.”

Pajer believes that once one party happens, it’ll be hard for everyone to restrain themselves from controlling themselves since no one really wants to follow the quarantine in the first place.

Pajer believes the face masks, social distancing, and the overall college experience will be affected all the way into the Spring semester. “Millikin is doing what it can,” Pajer said. She feels everyone is doing their best, but, “No one can really do enough for anybody right now.”

“Commuter students and international students have probably the shortest of all of the possible short sticks,” She said. While Millikin has sent out numerous emails to residential students, very little information has been made available to the commuter student community specifically. Pajer recognized that there are many other groups on campus who draw short sticks in the COVID – 19 college experience, but communication-wise from the University, Pajer says commuter and international students have had the hardest time.

Justin Taylor described what could happen colorfully, but with graduation in December, took a more guarded tone.

“Since there are people that are asymptomatic, you gotta do it,” Taylor said, but admitting wearing masks with roommates an department mates could be difficult.

Taylor acknowledges why so many Freshman are saying that signing in and out of their dormitories makes them feel like they are in prison, and he feels it would be more effective to just have it connected to our swipe access. “Part of me still doesn’t want campus to be in physical person at all unless it is absolutely required,” Taylor said.

Campus has approximately 2,000 students, but Taylor believes the incoming freshman and just the younger students in general will be the biggest rule breakers when it comes to social distancing protocols.

“A lot of them [upper classmen] are taking this super seriously because the options are either be in person or try to learn how to do everything online. And many people had grades that suffered as a result of going online last Spring,” Taylor said.

Taylor does have some issues with Millikin’s cleaning procedures.

“It shouldn’t be my responsibility to clean things,” Taylor said when talking about being on campus. He believes that Millikin could step up its cleaning game to help provide an even safer environment for the student body.

“I am paying close to $40,000 a year to go to this school,” he said. “I feel like there should be more classes offered online for this cost.”