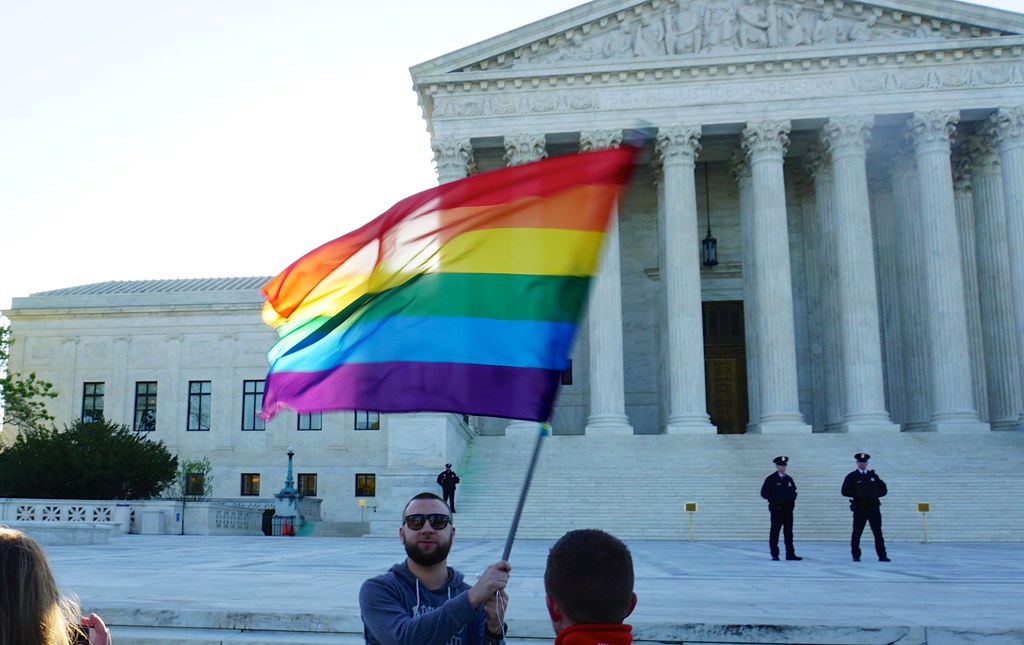 On June 15, 2020, the Supreme Court delivered a ruling on three cases concerning whether Title VII protections extended to sexuality and gender identity or not. In a 6-3 ruling, the court, in a major victory for the LGBTQ+ community, decided that firing employees on the grounds of sexuality and gender identity does, in fact, constitute a violation of Title VII’s protection against discrimination on the basis of sex.

The three cases – Bostock v. Clayton County; Altitude Express, Inc. v. Zarda; and R.G. & G.R. Harris Funeral Homes Inc. v. Equal Employment Opportunity Commission – were heard in the court on October 8, 2019. The primary argument made was that the language of the Civil Rights Act of 1964, namely that concerning discrimination “because of sex,” made clear that these firings were unlawful, as each employee would not have been fired had they been of a different gender.

Surprisingly, it was Neil Gorsuch, a Trump-appointed justice, who delivered the majority opinion, joined by fellow conservative justice John Roberts and the four liberal justices on the court. In the opinion, Gorsuch stated, “An employer who fired an individual for being homosexual or transgender fires that person for traits or actions it would not have questioned in members of a different sex.”

He also attempted to alleviate concerns that sex-segregated bathrooms and dressing rooms would be rendered unsustainable by the ruling, stating that “none of these other laws are here before us; we have not had the benefit of adversarial testing about the meaning of their terms, and we do not prejudge any such question today.”

There were two dissents, written by Justices Samuel Alito (joined by Clarence Thomas) and Justice Brett Kavanaugh. Kavanaugh’s dissent was less to do with his stance on the laws and more that he believed it was not the Supreme Court’s place to rule on them, stating, “Under the Constitution’s separation of powers…I believe that it was Congress’s role, not this Court’s, to amend Title VII.”

Alito’s dissent, on the other hand, centered around his opinion that, at the time the Civil Rights Act was crafted, the concepts of sexuality and gender identity were not widely known, and therefore, Congress’s language at the time should not be implied to protect employees in these regards. He was also critical of the majority decision, stating that “a more brazen abuse of our authority to interpret statutes is hard to recall. The Court tries to convince readers that it is merely enforcing the terms of the statute, but that is preposterous.”

There were a variety of reactions to the ruling among the American public. Civil rights activists and the LGBTQ+ community at large viewed the decision as a major victory, and the latest win in a long struggle for protection against discrimination.

Many Christian conservatives, however, viewed the decision as an infringement upon their religious freedom. Archbishop José Horacio Gómez stated that he was “deeply concerned that the U.S. Supreme Court has effectively redefined the legal meaning of ‘sex’ in our nation’s civil rights law.”

Justice Gorsuch has also received divided reactions in the wake of his decision. Some applaud his support of civil rights, while others, like Carrie Severino, president of the Judicial Crisis Network, decried it as nothing more than political theatre “for the sake of appealing to college campuses and editorial boards.”

The decision comes just under five years after the landmark 2015 ruling on Obergefell v. Hodges, which legalized same-sex marriage nationwide and struck down any state laws attempting to halt it. Since then, the Trump administration has made several attempts to allow for open discrimination by employers and businesses against members of the LGBTQ+ community. The ruling serves as a stark defeat for the Trump administration, whose most visible move regarding discrimination against sexuality and gender identity was its 2019 ban on transgender individuals serving in the United States military.